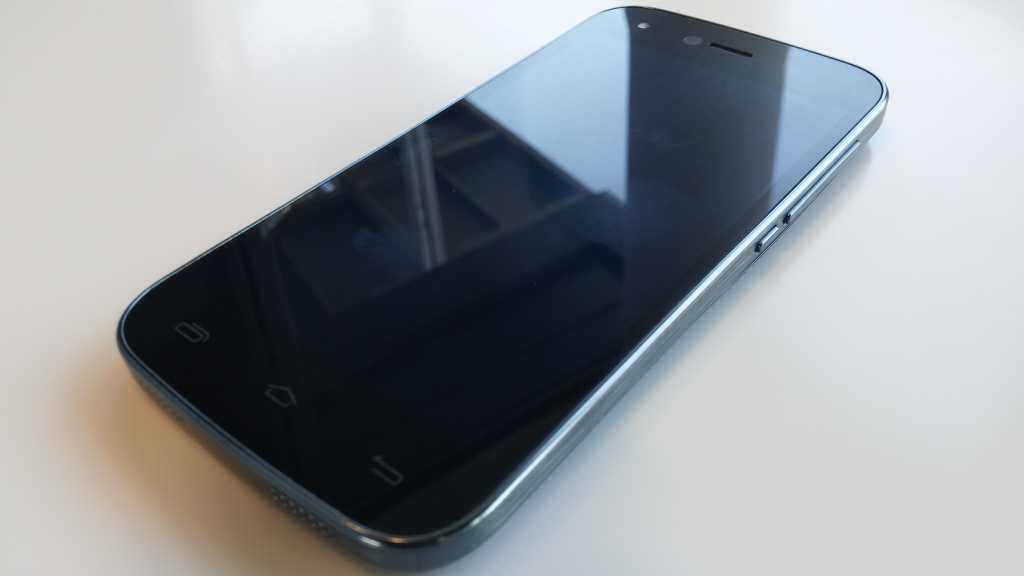 For a dual-SIM phone the Prestigio Grace X3 is staggeringly well-priced device. In order to make the phone so cheap Prestigio has given it a mediocre display, and plasticky lightweight build quality. But performance is decent and – despite the small battery – so is battery life. Storage is an issue, and we could live without the bloatware on Prestigio’s version of Android 4.4. But for the price, this is an amazing deal.

A well-specified dual-SIM Android smartphone for just £82, the Prestigio Grace X3 will be ideal for the bargain-hunting smartphone user who doesn’t mind compromising on aspects such as style, or display resolution. See also: Best smartphones.

With a 4.5in FWVGA 480×854 IPS display the Prestigio Grace X3 is no HD device, but it is no slouch either. A quad core processor running at 1.3GHz is paired with 1GB RAM to look after performance. You get a customised version of Android 4.4, and 8GB of onboard storage, as well as a memory card extension card slot. A 1650 mAh battery looks after battery life, and you get a 5Mp FF+8.0MP AF camera.

These are all reasonable, if not outstanding, specifications and features. But the dual-SIM capability sets the Prestigio Grace X3 apart, at this price.

Available in blue or white, the price you pay for such features at such a low price is in the design and build quality, as we shall see. But if you want a dual-SIM smartphone, you could do a lot worse. Let’s delve into the details. (See also: Best budget smartphones of 2015: 14 best cheap phones you can buy in UK.)

It is by no means all bad. The Prestigio Grace X3 is a lightweight and compact handset. It is much more bulky than you would expect for a 4.5in device, but these days we are spoilt in that regard. The Prestigio Grace X3 is well balanced, and lightweight. Small enough to use one-handed, too. For the record it measures 65x8x134mm and weighs 118g, according to Prestigio. (We also measured the width at 8mm.)

The bezels at the top and bottom of the Prestigio Grace X3’s display are bigger than you might expect. But the front off the X3 is principally constructed of glass. The wider than average sides have a metallic finish, and the backside is a textured plastic.

Pull off that textured back panel, and you can access the removable battery, and both SIM card slots. There is also an expandable memory card slot. But the backpanel feels extremely thin and flimsy when not attached.

Overall the feeling is one of a device that is built to last in use, but is not particulaly beautiful. Which is probably the best you can expect at this price.

The Prestigio Grace X3 has a 4.5in FWVGA (480×854) IPS display, which means a no more than middle-of-the-road pixel density of 217ppi. It is exactly what you would expect from such a reasonably specified display.

That relatively low resolution isn’t offensive. Look closely at icons and you can see some pixelation around the edges. Photos look nice without blowing you away. The colour pallet is a little bland, but nothing that would cause you to complain (unless you are used to a flagship such as the LG G3, and view the same image on both devices).

You get what you pay for when you pay for a smartphone display. There isn’t too much wrong with the Prestigio Grace X3’s screen, but then there isn’t a huge amount that is all that right. It is okay.

The Grace X3 has a quad-core MediaTek MT6582M CPU and a Mali-400MP4 GPU. The central processor is clocked at 1.3GHz, and paired with 1GB RAM. This is a decent spec for the price. Nothing too outlandish, but nothing to be sniffed at. Certainly not.

In use this translates to a good level of performance. We noticed very little lag when using the Prestigio Grace X3. It is a responsive handset, even when under a reasonable load.

Graphical performance is less impressive. It’s far from terrible, but we wouldn’t expect to use the Prestigio Grace X3 as a gaming rig.

We would never use synthetic benchmarks for anything but to back up our own impressions of a device. And in the case of the Prestigio Grace X3, this rings true. In our Geekbench 3 testing we returned average scores of 1180 points in the multicore- and 364 points in the single core test. These scores put the Grace X3 in a similar bracket to that of the Motorola Moto G, or the original Nexus 7 tablet. Both excellent performers when you consider their budget prices, but nothing like as powerful as the big beast Android flagships. So it is with this handset.

We couldn’t get all of our graphical benchmarks to run, but in the onscreen T-Rex test of the GFX Benchmark we got a decent result of 9.7fps. The Prestigio Grace X3 will run games, just not the most graphically intensive.

Overall there is nothing bad about the Prestigio Grace X3’s performance levels. It isn’t a stellar performer, but it will be a more than decent everyday smartphone. (See also: What’s the fastest smartphone 2015 UK?)

You get only 8GB onboard storage, which is where some of the savings have been made to get the Prestigio Grace X3 down to a decent price. On our Prestigio Grace X3 that ‘8GB’ was reduced to 4.99GB that we could see and use, and out of the box only 4.55GB was free.

That’s the bad news. The good news is that you can add in another 32GB via the SD card slot. A total of 37GB is still paltry by today’s flagship standards but, unless you are photography maven or a fan of carting around your entire music collection, it should be enough. As with the display: you get what you pay for.

Sensors include GPS, A-GPS. And, of course, you can install two SIMS to operate across two international territories or use the same handset for work and play. (See also: Best dual-SIM smartphones: 11 best phones into which you can put two SIM cards.)

The Prestigio Grace X3 has two cameras, neither of which is likely to inspire you to fill up that storage. The main camera is a 8Mp sensor with autofocus, a flash and a BSI sensor. Around the front is a 5Mp camera for selfies. Presitigio says that the BSI sensor should make low-level photography better.

In use the Prestigio Grace X3’s camera is exactly what you would expect from a middle-of-the-road phone with a budget price. Okay, but no more than that. We took some test shots, and test video, and leave the rest for you to decide. (See also: Best Android smartphones of 2015: The 49 best Android phones you can buy.)

The Prestigio Multiphone Grace X3 comes with Android 4.4 KitKat, and has full access to Google Play and all other features of recent Android. It is Prestigio’s own version of Android, however, which may explain some of that storage hogging. The principle noticeable difference to vanilla Android is that the fonts and icons are all slightly different. And Prestigio includes a special, er, clock: designed I think to make the phone feel prestigious (geddit?). So that’s nice.

More important are the myriad apps that were installed on my Prestigio Multiphone 5550 Duo as soon as it arrived. All are taking up space. Prestigio’s installed Android is taking up at least 3GB of the nominal 8GB available. That’s too much: if I want additional apps I will install them. It is the hidden price of a cheap smartphone, and for many it will be a price too far.

The Prestigio Grace X3 comes with a 1650 mAh Lithium Ion cell. That feels small for a device with a quad-core chip, but the display is relatively low-spec and in heavy use we found we comfortably got through a day of solid smartphone usage without needing to recharge. See also: Best smartphones.