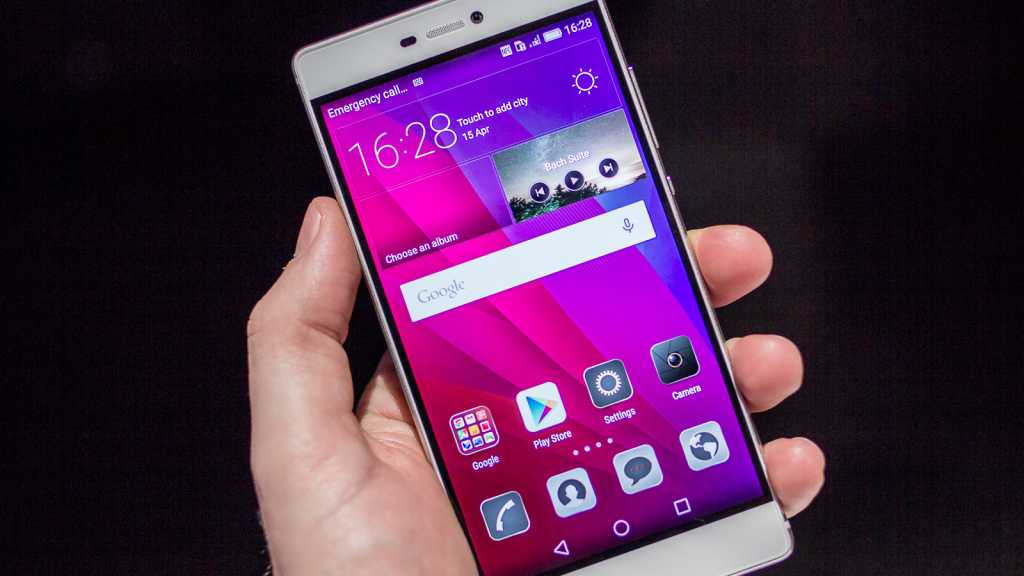 The Huawei P8 has excellent design and build for a price lower than other flagship rivals. On the whole hardware is decent too, particularly in the photography department. However, poor performance and buggy software taint the experience to frustrating level which make it very difficult to recommend.

Huawei is aiming to take on the big guns of the  smartphone world with the simply named Huawei P8 – the Ascend part is now gone. We’ve been testing the P8 for a couple of weeks and here’s our in-depth Huawei P8 review. Updated on 5/6/15 with our video review. Also see: Best phones 2015.

We’ve been impressed by Huawei’s previous flagship phones, namely the Ascend P6 and Ascend P7 which both scored well with the former earning our recommended award. So we’ve been looking forward to the Huawei P8 which has some tough competition in the market from the likes of the Samsung Galaxy S6, HTC One M9,  iPhone 6 and others. Don’t forget that LG will unveil the LG G4 later this month and we’re keenly awaiting the arrival of the Sony Xperia Z4 too.

The Chinese smartphone and tablet maker likes to lure customers with an a affordable price, typically undercutting rivals like Google has traditionally done with the Nexus range. The P6 and P7 were both great value for money.

Huawei has priced the P8 from 499 Euro making it, in theory, a fair amount cheaper than its competitors which typically cost closer to £600. However, UK retailers including Amazon are pricing it at £500 which is higher than we expected considering the European price tag.

Huawei likes doing things wafer thin and although the phone got thicker from the P6 to the P7, it’s now thinner again at just 6.5 mm. While a svelte phone looks great and seems better on a spec sheet, we’ve found some phones to be too thin becoming less ergonomic to hold. The P8 is extremely thin but luckily not so much that it’s uncomfortable.

We like the mostly metal body and the bevelled edges make it more ergonomic in the hand. It’s a shame that the back is tainted by legal information and the front looks strangely plain with no logo embossed anywhere.

The slender frame means that it’s also very lightweight and a 78.3 percent screen-to-body ratio is impressive. Once again is has similarities in appearance to the iPhone 6 and now Galaxy S6 with the metal frame although it’s more symmetrical than before as there’s no rounded bottom edge. The square shape makes it look similar to the Sony Xperia Z3 so it’s got a little bit of all three in appearance.

The P8 is bigger than its predecessor, and although it’s almost the same height and width as the Galaxy S6, it gives the impression of being bigger because of the squarer corners.

The Huawei P8 will be available in four colours: carbon black, titanium grey, mystic champagne and prestige gold. These are split into standard and premium models so the 64 GB model only comes in black or prestige gold while the 16 GB is only grey or mystic champagne. It’s not fully waterproof but it is spill resistant thanks to nano-coating according to Huawei.

In an interesting move, Huawei will offer an E-ink cover which sits ontop of the P8 to turn it into a traditional eReader. This means, in a roundabout way, the P8 rivals the YotaPhone 2. We’ve not seen this cover in the flesh so can’t comment on it yet.

Following on from the previous generations, Huawei has once again increased the screen size for the P8. It’s now 5.2in compared to 5in and matches the  Sony Xperia Z3. It’s still an IPS screen and the resolution remains at Full HD 1080p creating a pixel density of 424 ppi. If for some strange reason this isn’t big enough, the Huawei P8 max is a whopping 6.8in which is essentially a 7in tablet. The screen is decent with nice colour reproduction and viewing angles, although unusable at the lower end of the brightness slider.

As per the rumour mill, Huawei has installed a Kirin 935 octa-core processor clocked at 2 GHz and 1.5 GHz. There’s also 3 GB of RAM and either 16- or 64 GB of storage which matches top-end Android phones. You’ll be pleased to know that Huawei has kept the microSD card slot so you can add more storage which is a feature fewer manufacturers are offering and this also doubles up as a second SIM card slot so the P8 is dual-SIM.

Performance seems smooth during a quick play but after testing we’re not overly happy with the P8 on this front. While the phone is smooth in general, there are points where it lags and really shouldn’t. For example simply tapping an email to open it and scrolling within the Play store is jerky. Huawei says its 100 percent better than the P7 in GPU and 80 percent on CPU but our benchmark results aren’t the most glowing – particularly on the graphics side of things which is why we suspect there is a perceivable lag to the interface at times.

Battery performance should be 1.5 days with normal usage which isn’t massively impressive but the battery is only 2600mAh as the phone is so thin. Unfortunately, we’ve only found the P8 to last a day on a full charge which is a big shame. In our battery test the P8 lasted five hours and 30 minutes with a score of 3296. This isn’t awful but isn’t impressive either with the Galaxy S6 managing six hours and 53 minutes and 4136 points.

We’ve also found it loose almost all its power from fully charged while sitting not being used over night or during the day. We’re hoping this is just a problem with out particular sample and will be testing another to make sure.

On the camera front, Huawei has stuck with a 13 Mp rear camera and 8 Mp front camera. Lining up with all the teasers leading up to the launch about light, the P8 is touted to capture better results in low light conditions. Huawei touts best in class optical image stabilisation and DSLR-level independent image signal processor.

The cameras are by far the best features of the Huawei P8 with excellent results all-round: close-ups, landscape and low light. The phone has an iOS-style camera app which is easy enough to use but you’ll have to head into the settings to use the full resolution of the main camera which by default shoots at 10Mp and 16:9. It also records video at 720p despite being capable of Full HD – a lack of 4K recording is why you might want to opt for a more expensive rival.

We don’t like the almost pointless Beauty mode which simple softens the image so you don’t look like the same person any more but the Time-lapse and Light painting modes offer a bit of fun when the right situation arrives. All focus allows you to re-focus a shot after it’s been taken but didn’t work as well as other phones with this type of mode. What’s a little confusing is being able to switch between a few modes with a simple swipe while others, including the arguably more useful HDR, are tucked away in the menu.

As you’d expect from a new 2015 smartphone, the P8 comes with Android 5.0 Lollipop pre-loaded and Huawei is sticking with its own Emotion UI which is places over the top. It’s similar to previous versions which is both good and bad.

We like the amount of customisation which includes themes and the ability to even change homescreen transition animations. There’s also a really nice lockscreen which changes the photo each time you press the power key and offers some settings and shortcuts when swiping up from the bottom. However, the lack of an app menu is strange and unnecessary meaning all your app icons must sit on homescreen panels like the iPhone.

As with the P7, the Phone Manager app can be really useful if you get to know it. Offering you advice on which power and memory-hungry apps to shut down. You can also control notifications, clean storage and enable things like a harassment filter.

The drop down notification bar works well to an extent and we like the way it takes you to quick settings when there are no notifications to display. However, it doesn’t group notifications properly so for example it will let you know you have x amount of emails then proceed to show you each one rather than giving you the option to expand that initial notification.

There are a number of background features which you’re not supposed to notice such as Signal+ and Wi-Fi+ which automatically try to give you the best experience by switching between antennas and Wi-Fi. There’s also a smart international dialler so you don’t even need to put in the country code.

A strange feature called Knuckle Sense allows you to double tap the screen to take a screenshot which you can then edit and you can also draw around the section of the screen you want to screenshot if you don’t want the whole thing. This is handy at times but the phone activates this strange drawing mode at really random times while using the phone normally. We’ve tried to turn this feature off but cannot find a setting for it anywhere. It would be fine you could just choose not to use it but the screen often thinks you’re using a knuckle when you’re not. This affects the entire experience of using the P8 as you never know when it’s going to get in the way of what you’re doing.