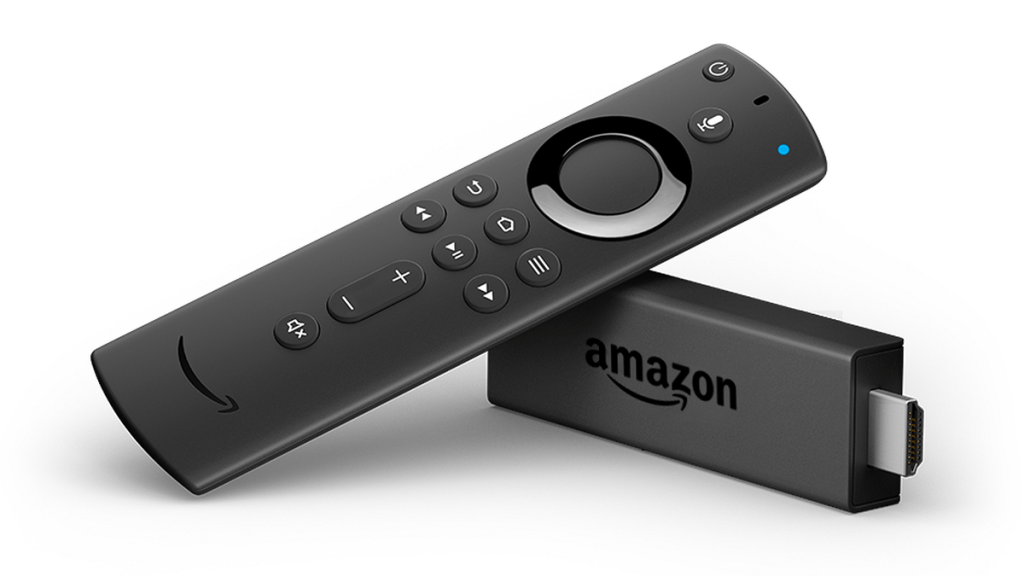 Thanks to its powerful internals, great interface and Alexa, the Fire TV Stick is a fantastic gadget for watching Prime Video, Netflix, and UK TV on demand. Now with extra buttons at the same price. Even if you own a smart TV, the Stick is still a good buy – especially if you don’t have Alexa through another device. It isn’t quite as convenient as using an Amazon Echo, but at this price, it’s fantastic value.

The Fire TV Stick is a media streamer that lets you watch Amazon Prime Video, Netflix and UK catch-up TV. You can install more apps and games to get more content, just like the current Apple TV.

It can plug directly into an HDMI port on your TV so may be a better choice for anyone who doesn’t want a series of black boxes below their TV. If you decide to buy one, check out our getting started with Fire TV guide. Just bear in mind that an on-going feud with Google means the YouTube app is currently blocked.

Black Friday deal: Amazon is selling the latest regular Fire TV Stick for just  £19.99 which is 50% off in the Black Friday sale.

This new version of the regular Fire TV Stick isn’t completely new. In fact, the stick itself is the same 2nd-gen model which was originally launched in 2016. It’s the remote control that’s new, which isn’t hugely different from the previous one. We’ll explain more below.

There are other media streamers, of course, and we’ve compared the Fire TV, Chromecast and Roku separately.

The last update for the Fire TV Stick added the Amazon Alexa assistant by putting a microphone in the remote so you could ask Alexa to “find Brad Pitt movies” or find out what the weather would be like at the weekend.

The 2019 model has an ‘all-new’ remote but that’s not quite the case. What Amazon has done is to add new power and volume buttons that let you control your TV, soundbar or home cinema receiver. It’s the same remote that comes with the Fire TV Stick 4K.

When you set up the Stick for the first time, there’s a new step which will try various signals until your TV or speaker responds to the volume controls. And in case you’re wondering, yes, it uses infrared.

It’s not exactly a huge upgrade, but it’s still a great-value media streamer at this price. If you already have the previous model with the Alexa remote you’ll be upgrading purely for the convenience of those extra buttons.

Unlike the slightly cheaper Google  Google Chromecast, the Fire Stick offers both a proper remote control and a proper menu system too. The Stick itself can plug into one of your TV’s HDMI ports, but a short extension cable is included for situations where a direct connection isn’t possible. On our Panasonic TV, other HDMI cables blocked access to the Stick’s microUSB power input, and its rear end stuck out the side past the TV’s bezel, so we had to use the extension.

A USB cable and power supply is included too – you’ll probably have to use both since most TV USB ports won’t provide enough power for the Fire TV Stick. You’ll get a warning to tell you if that’s the case as the Stick can boot up even from an underpowered port.

The remote communicates via Bluetooth so you don’t need line of sight to the Stick for it to work: handy since the Fire Stick will be tucked away behind your screen. It uses infrared only for the power and volume buttons which can control your TV, or a connected sound bar.

You can also install the free Fire TV app on Android or iPhone. This allows you to navigate around the menu system or ask Alexa things. The app also lets you enter text via your phone’s keyboard: vastly quicker and easier than trying to ‘type’ your Netflix login details via the remote control. As of yet, unlike the Apple TV, you cannot dictate passwords using the remote’s microphone.

There’s 8GB of on-board storage for installing apps, which isn’t expandable, 1GB of RAM and Dolby 5.1 output with passthrough for 7.1.

Amazon completely revamped the interface a year or so ago. It’s a big improvement, too, but there’s still a bit too much promotion for Prime Video for our liking.

Where the main menu was down the left-hand side, it’s now across the top. But thanks to Alexa, you can avoid most of the button pressing and navigation and simply hold the microphone button and say “Hell on Wheels”.

Alexa will then search all available content and bring up results from Amazon Prime, Netflix and other apps. There’s no requirement to subscribe to Amazon Prime to use the Fire TV Stick (though it is great value for what you get), nor do you need an Echo to use Alexa.

Everything feels very responsive, and there’s certainly enough processing power so you’re never left waiting for a response from Alexa or when scrolling through TV episodes.

You can install apps including iPlayer, ITV Hub, All 4 and My 5, Netflix plus UK TV Play and plenty of others to give you access to masses of video. There’s also Plex which might be a deal-maker if you have a large collection of your own videos on a NAS at home.

Although not exclusive to the Fire TV Stick, it’s worth knowing you can use Alexa on an Amazon Echo to control your Fire TV, completely hands-free.

If you have only one Fire TV, just ask Alexa something involving the Fire TV, such as “Alexa, find action movies on my Fire TV”. As long as they’re connected to the same network, the two devices should pair automatically and you can begin to tell Alexa to play specific shows, play the next episode, fast-forward and more.

Amazon’s spat with Google saw each block content from the other’s hardware. But thankfully it’s possible to download the official YouTube app on the 2nd-gen Fire TV Stick, so there’s no more using a web browser as a workaround. Praise be! The app means it’s possible to use the normal 10-foot interface instead of squinting at the website version.

If you have a Google Chromecast, you can now watch Amazon Prime Video on it thanks to this two-way deal.

It’s not just video, though. You can listen to music through Amazon Music as well as TuneIn and Spotify.

There are quite a few games to download too, including Crossy Road and Tetris. The remote (and processing power) limits the selection to casual games but if you want more, the Fire TV box offers an optional game controller so you can play more intensive games.

Bear in mind that the 8GB of storage is not expandable, so there’s also a limit on how many apps and games you can have installed at the same time.

When you watch videos from Prime Video, you can bring up extra information including the actors in the current scene, plus trivia about the film or episode. Amazon calls this X-ray and it’s one of the advantages the service holds over rivals such as Netflix.

If you own a compatible tablet (or a Fire Phone – remember those?) you can use it as a second screen while you watch Prime videos to get the X-ray information. And because the information is there, you can ask Alexa to find films with a certain actor or director.

Similar to Netflix, Prime remembers where you got to in each video so you can chop and change as much as you like without losing your place. Progress bars make it easy to see which episode you reached in a series.

Another benefit of Prime Video is that the software predicts (or tries to) what you’re going to watch and starts buffering video in the background so playback is almost instantaneous.

Alexa on Fire TV Isn’t a cut-down assistant: it’s the full-blown Alexa service you get on an Amazon Echo. It isn’t quite as convenient since it only works when your TV is on and set to the Fire Stick input, but it’s a bonus nonetheless.

So you can ask for a weather forecast, a news briefing or any other information that Alexa can supply. We’ve explained what this is more fully in a list of useful commands to get the most from Alexa.

Alexa will happily control all your compatible smart home gadgets including lights, thermostats and other things. You just need to enable those skills in the Alexa app.

And when you’re watching a video, you can ask Alexa to “Skip to 10 minutes and 30 seconds” or “rewind 1 minute” or even “next episode”.

The main difference compared to an Echo is that you don’t say ‘Alexa’ before a command. Instead, you hold the microphone button on the remote and then say your piece.

This does affect convenience as unlike an Echo, Alexa isn’t ready to spring into action when she hears her wake word. With the Stick your TV has to be on and you have to use the remote’s mic button.

If you do happen to have another Alexa device, such as an Echo, you can’t ask it to “play the Grand Tour” on your Fire TV Stick. Each device works independently.

The Fire TV Stick supports Dolby Digital Plus (and passthrough up to 7.1 channels) so if you have a suitably equipped surround-sound system, you’ll get decent audio where the content has it. Just bear in mind that there are no other connectors on the Stick: if you want to route audio out of it, you’ll either need a TV with the appropriate audio outputs for HDMI devices, or to plug it directly into an AV receiver which passes the video signal to your TV.