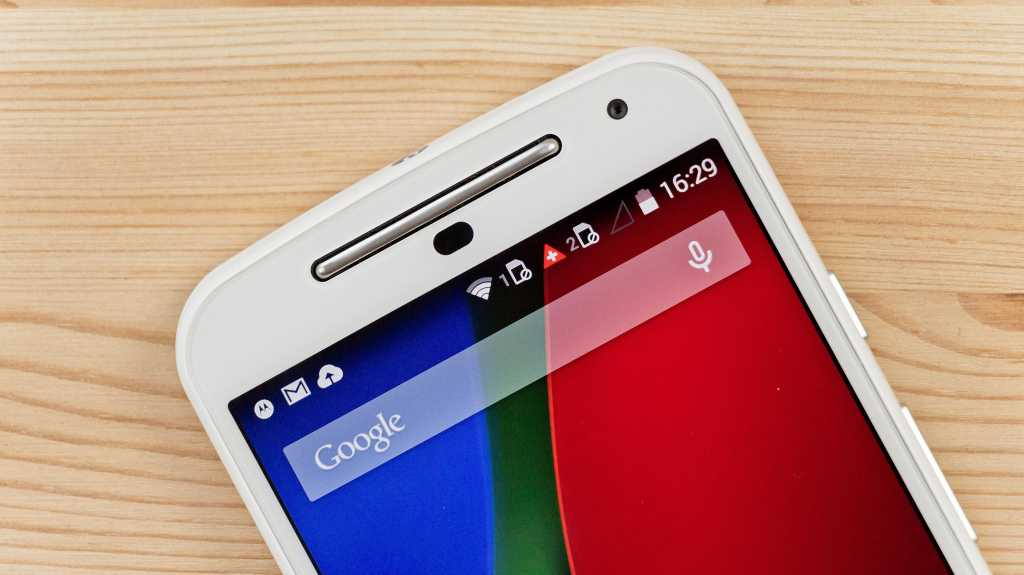 If you’re looking for a cheap 4G smartphone then the Moto E 4G is the best deal on the market right now. If you would rather have a cheap dual-SIM phone with 3G connectivity then the mark 3 Moto G is your best bet. But the new Moto G 4G for 2015 is not the best phone for either customer, and its larger, higher-resolution screen, marginally improved photography credentials and stereo sound are not enough for us to turn a blind eye to its £60 higher price, slower hardware and missing software features.

Motorola‘s just upgraded its Moto G for the fourth time, and we can’t think why it bothered. It’s turned what was the best budget phone on the market into something that can’t compete with even the cheapest Moto in the line-up. If you think that’s a bit harsh, read our new Moto G 4G 2015 review to find out how we justify that comment. Also see: Best cheap 4G phones 2015 and best budget phones 2015.

The third Moto G (that would be the model with a 5in screen, 3G connectivity and dual-SIM functionality) is to this date the best budget phone you can buy in the UK. This new Moto G 4G is in essence the same phone with a couple of tweaks, so why is it suddenly so bad, and why have we marked it down on value? See also: Motorola Moto G 2015 hands-on review and Motorola Moto X Style review: Hands-on with the Moto X Style mid-range phone.

The problem becomes clear when you take into account the type of customer looking to buy this smartphone. If you want a cheap 4G smartphone then this is not the best Moto for you; Motorola also offers the Moto E 4G, which is £60 cheaper and, bizarrely, faster. It’s such a good deal that it makes the Moto G look bad. So the addition of 4G to the Moto G is of little recompense when you consider what Motorola hasn’t considered in the new Moto G.

If you want a cheap dual-SIM phone you’re going to be annoyed. In upgrading what was a very good budget phone Motorola has taken away its dual-SIM functionality (why does everyone think us Brits aren’t interested in that?) and completely neglected to upgrade the core hardware. And while the Moto G was a great phone last year, this year we want something better for our money.

Given that this Moto G and its predecessor are in essence the same phone (though one has 4G and one is dual-SIM), we’ve taken a slightly different tack to usual with our new Moto G 4G 2015 review. In each of the key criteria on which we judge a smartphone we’ll compare it to the new Moto E 4G. For more in-depth analysis on either phone you should check out our full Moto E 4G review and Moto G mk 3 review.

Motorola is desperate to confuse us with its Moto E and G line-ups. In this review we’re comparing the very latest Moto G to the very latest Moto E, but it’s worth trying to get your head around the differences between the earlier models, all of which are still available to buy (pricing is correct as of 23/3/15).

The Moto E is the second-generation E from Motorola. It offers several upgrades over the original Moto E, including 4G connectivity, a faster processor and double the amount of storage (now matching the Moto G at 8GB). The original 3G version of the Moto E will set you back £70 at Amazon, while right now you can pick up this 4G version for £89 at Amazon. (Motorola has also unveiled a new 3G version of the Moto E, but until that goes on sale in the UK we’ll ignore it.)

The new Moto E 4G and Moto G 4G are incredibly similar in their design. Both are reasonably chunky, which we’ve come to expect from budget phones, with curved rears that fit well in the hand. There’s just 10g between them, with the Moto E weighing in at 145g and the Moto G 155g.

As before you can change the rear shell on the new Moto E and new Moto G, but with the new Moto E 4G you can also change the grippy band that runs around its edge, allowing you to mix-and-match colours and create your own design. These are optional extras, mind: the Moto E ships with matching black or white shell and band, while the Moto G 4G is available only in black.

(You’ll notice our photography depicts a white Moto 4G. It isn’t a clever Photoshop trick; this is the otherwise identical mark 3 Moto G.)

The Moto E is a little fatter at 12.3mm (against 11mm), but the Moto G is taller and wider at 71x142mm against the E’s 66.8×129.9mm. That’s not surprising, since it houses a larger 5in screen. This screen is also higher in resolution, with 720×1280 pixels offering a density of 294ppi. The Moto E’s screen is a qHD panel, just 540×960, but stretched over a smaller 4.5in panel not too far behind at 245ppi. Both are splashproof IPS displays with tough Gorilla Glass 3; bright, clear, with realistic colours and good viewing angles.

Turn over the phones and only the Moto G boasts an LED flash. This is important not only for low-light photography, but also if you want to use the phone as a torch. The Lollipop OS includes a quick access toggle to turn on or off the flashlight within the notification bar, which is handy. Also see: Cheapest smartphones 2015.

Whereas the new Moto E has lost one of the two metal bars that sit top and bottom on the front to conceal the speaker, the new Moto G 4G retains both and offers very good stereo sound for a budget smartphone.

The new Moto G 4G wins this category, but there’s still not enough between the pair to warrant its extra cost.

One category the new Moto G 4G absolutely does not win is performance. And that’s weird, right? Motorola’s £89 budget Moto E is faster than its £149 Moto G – in every single one of our benchmarks.

It’s not difficult to see why when you look at the spec sheets. While both phones have 1GB of RAM and 8GB of storage (plus up to 32GB via microSD), the Moto E has the faster ‘410’ variant of the Qualcomm Snapdragon processor when compared to the Moto G’s ‘400’. Both are quad-core chips clocked at 1.2GHz. It also has the Adreno 306 in place of the Moto G’s Adreno 305.

The Moto E was the clear winner in our benchmarks, turning in 464- and 1463 points in the single- and multi-core components of Geekbench 3 respectively, 13- and 6fps in GFXBench 3 T-Rex and Manhattan, and 1301ms in SunSpider. By comparison, those figures for the Moto G: 345- and 1182 points in Geekbench, 11- and 4.2fps in T-Rex and Manhattan, and 1968ms in SunSpider. You can compare these scores to those of all the phones we’ve recently tested in our article what’s the fastest smartphone 2015.

When we’re talking about flagship phones such differences in performance aren’t an especially big deal – the average person is unlikely to grumble with the performance of any high-end smartphone. But when it comes to budget phones performance is key, with core hardware often falling victim to scrimping and saving. Motorola hasn’t even bothered to upgrade it for the Moto G, while the upgrades to the Moto E mean it’s no longer just a cheap phone for first-time or light users, but a proper Android smartphone that is more than capable enough for day-to-day use.

The new Moto G 4G regains the lead in the photography department but, even so, if you’re looking for the best camera phone you won’t be interested in either of these Motorolas.

The 2015 Moto E update added a front camera to Motorola’s cheapest smartphone. It’s only a VGA camera and, to be quite honest, it’s rubbish – but it allows you to use the Moto E for video chat (probably not selfies). The Moto G improves on this with a 2Mp camera but, although there is a clear difference in clarity here, it’s still only 2Mp. The best selfie phone you can buy today has a 13Mp front camera (we’re referring to the HTC Desire Eye), and within a couple of weeks the new HTC One M9 will join that party with its front-facing UltraPixel camera.

Round the back the Moto G pairs the aforementioned LED flash with an 8Mp camera and f/2.0 aperture, while the Moto E has a 5Mp version with an f/2.2 aperture. They support the same features, including a 4x digital zoom, burst mode, auto HDR, tap to focus, quick capture and slo-mo video. Both support HD (720p) video recording, but we’d really like to see 1080p from the Moto G 4G. Also see: Best Android phones 2015.

In our test shots below you can see the Moto E (below) clearly benefitted from the better weather (these were not taken on the same day), but the Moto G’s duller image is much sharper. You’ll find more revealing test shots, video and analysis in our full reviews of these phones.

In connectivity these handsets are on par, both featuring 4G LTE, Bluetooth 4.0 LE, 802.11b/g/n Wi-Fi and GPS. As we might have mentioned earlier, the new Moto G 4G is not, like the previous Moto G, a dual-SIM version. If you want a dual-SIM phone, check out our best dual-SIM smartphones chart and dual-SIM phones buying advice.

Interestingly these phones are fitted with the same 2390mAh non-removable battery. Motorola promises all-day battery life for each and, given that it has a slightly larger, higher-resolution screen, but less powerful hardware, we’d be surprised if battery life wasn’t similar for the Moto E and Moto G. If you need more power to get you through the day, check out our round-up of the best power banks.

We ran the new Moto G through the Geekbench 3.0 battery life test. It recorded 7 hours 35 mins, which interestingly is longer than even the Samsung Galaxy S6 (6 hrs 53 mins) and S6 Edge (6 hrs 41 mins), but the battery score is half of those phones at 2024 points.

Both Moto E and G run a vanilla version of Android 5.0 Lollipop out of the box (with guaranteed upgrades to Android M), along with Motorola’s usual preinstalled software. This includes Motorola Assist, Alert and Migrate.

What it doesn’t include – for the Moto G – is the Moto E’s cool double-twist gesture to launch the camera, and ability to show notifications on the lock screen.