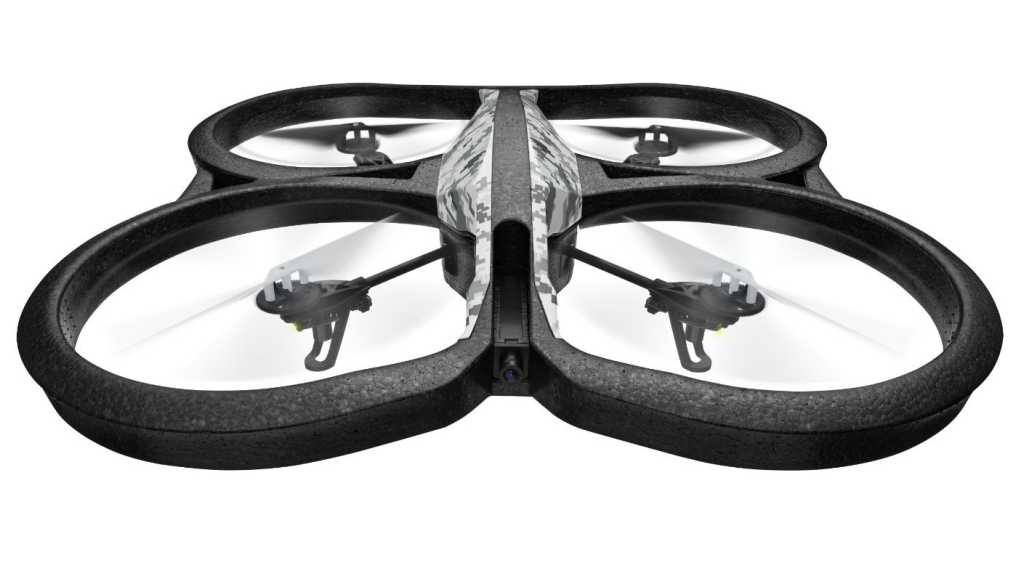 If you can’t afford a DJI Phantom or a Parrot BeBop, the AR.Drone 2.0 is the next-best thing. Its ability to hover and the general high build quality make it worth spending this amount of money.

While the AR.Drone 2.0 is by no means the best drone you can buy, Parrot deserves some credit for helping kick-start the quadcopter industry. The second version of the drone was launched at CES in January 2012, so this is effectively a three-year old quadcopter. Indeed, there is a new model which has just launched: the BeBop Drone. We’ll review that soon. But price drops mean that the AR.Drone 2.0 is now a better deal than ever. See also: DJI Phantom 2 Vision+ review

For under £250, you get a lot for your money. First, build quality is in a different league to cheaper quadcopters. The frame is made from nylon and carbon fibre parts, and you get brushless motors which are much more durable and reliable than cheaper brushed motors.

Next, you get a lot of processing power which means you can take advantage of automatic takeoff, hovering and landing. With cheaper quadcopters, you’ll have to practice for some time before you’re able to hover, fly and land safely.

There’s also a pretty good 720p camera with a lens that has a nice 93-degree field of view. It’s not stabilised, but footage is a good step up from quads costing £50-150. You can plug in a USB flash drive and record footage directly, and there’s the option to buy Parrot’s “Flight Recorder” which includes 4GB of storage and a GPS receiver, although at £99 it’s rather expensive. What it allows it for automatic piloting by defining a series of waypoints, something you can’t do without GPS.

In the box you get two hulls, one for indoor use and another – without the rotor guards – for outdoor use. Unlike some quadcopters the AR.Drone 2.0 is technically not ready to fly, though. You’ll need to bring your own iPhone or Android smartphone and install the AR.FreeFlight app. There’s still no official Windows Phone app but – weirdly – FreeFlight is also available for Windows 8 tablets.

Even though it goes against our “we shouldn’t need to read the manual” philosophy, your first flights will be far less frustrating if you do, as the controls are far from obvious. It takes quite a lot of getting used to controlling the drone by tilting your phone (physical sticks are always better), but you can optionally use virtual on-screen joysticks. But unless you’re using the live video stream to pilot the AR.Drone, it’s very hard to use these since your fingers tend to drift off the controls.

What’s nice is that the app offers lots of advanced controls, such as limiting the drone’s altitude and also its speed. If you’ve got more than 30 percent power remaining, you can press a button to make the AR.Drone do flips. We found the (new, larger) battery was good for about 12-15 minutes’ flying. Recharging takes between 60 and 100 minutes, depending on how discharged it is. Spare batteries cost almost £40, but there’s a vibrant third-party marketplace where you can buy a higher-capacity battery (good for 20-minute flights) for £30 or less. 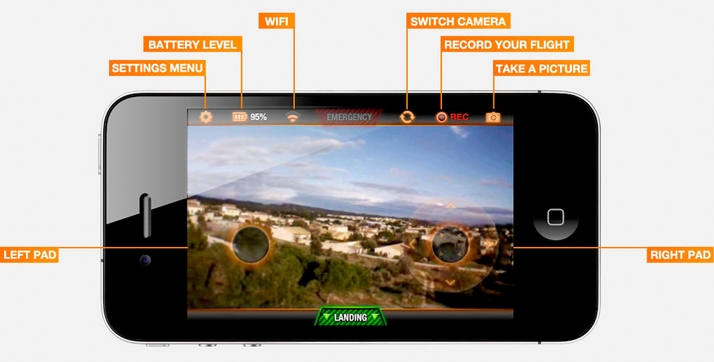 You’re also limited by the range of Wi-Fi which is noticeably poorer than most cheap drones. At least the AR.Drone 2.0 will stabilise and hover when it loses the signal, rather than flying away uncontrolled. Plus, if you fail to heed the low-battery warning, it will land itself when it’s almost run flat. So don’t fly over water.

At £230 from Amazon, the AR.Drone 2.0 Elite Edition is great value, and spares are easily available. Official spares are pricey, but clones are much cheaper.