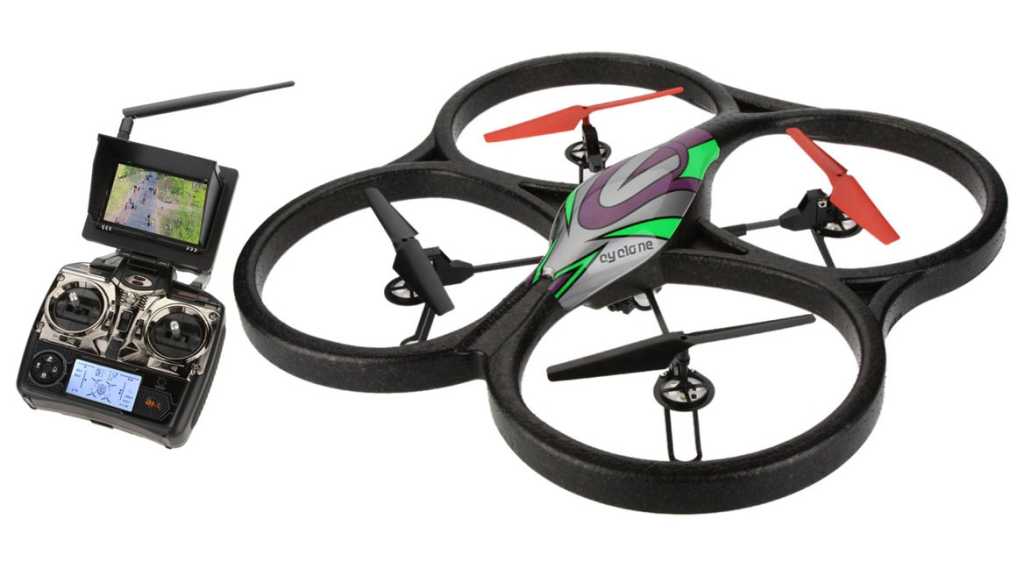 The V666 is a good starter FPV quadcopter, and is great value considering it includes everything you need to fly for just £100. Spares are also readily available and aren’t expensive. 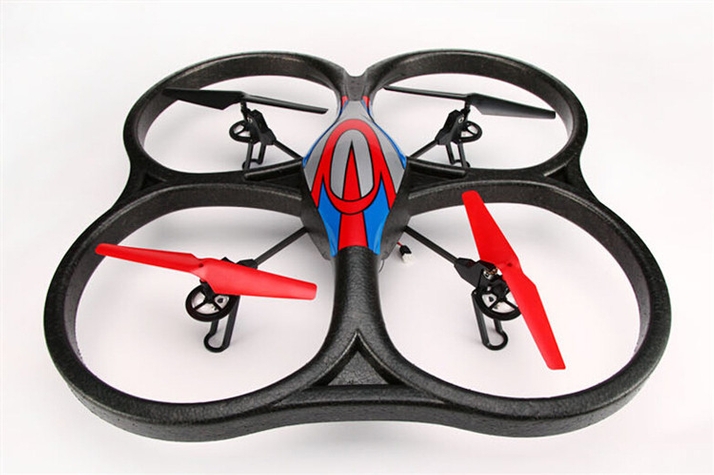 You could all too easily dismiss the V666 as just another Chinese clone. But look beyond the fact that it’s a cheap copy of the Parrot AR.Drone and there’s a lot to like. Here’s our WLtoys V666 review. See also: Drone buyers guide

Out of the box, the V666 is a ready-to-fly first-person-view (FPV) quadcopter. Unlike the cheaper, smaller Revell X-Spy, it doesn’t need a smartphone for live video as it comes with a 4.3in LCD display.

It’s a better setup than the Hubsan X4 FPV because the monitor is powered separately by its own rechargeable Lithium battery, and comes with a hood to make it easier to see in bright conditions. It’s a proper 5.8GHz system with removable SMA antennae so you can upgrade them (or buy a lighter version for the quadcopter) if you want to.

The remote control is cheaply built (much like the quadcopter) but it has a clever mechanism for swapping the functions of the left and right sticks. It means that you can use the right-hand stick as a proper throttle control. 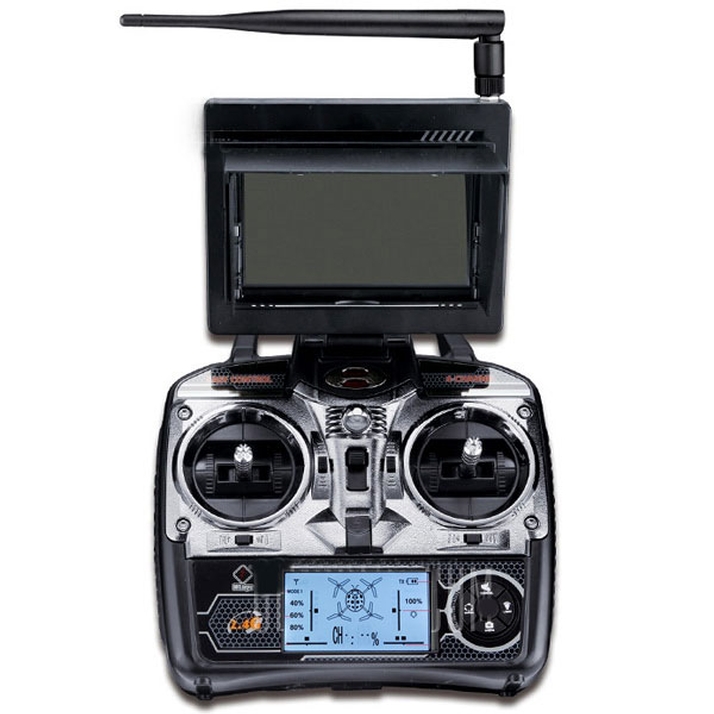 Underneath the quadcopter is a 720p camera, and it even has an anti-vibration mounting system which helps stabilise footage a bit. You get a 4GB microSD card, which slots into the camera and records footage directly, unlike the Hubsan which records from the remote control. Buttons on the remote let you start and stop recording while in flight, and you can take photos at 2Mp resolution.

Because of the low price, you can’t expect high-quality brushless motors and WLtoys hasn’t even installed ball bearings for the rotors. For this reason, it’s well worth ordering at least two spare motors along with the V666, and a set of eight ball bearings to replace the brass bushes. Most spares are available from GearBest, which supplied the V666 for this review, with spare batteries costing just £7 if ordered at the same time as the quadcopter. Spare motors are just £3 each.

Measuring 350×350 At 350g with the foam protector attached, the V666 is quite heavy, but you can save 70g by removing it. This will increase the life of the motors and also flight time. We found the 1200mAh battery lasted about eight minutes, and took just under an hour to recharge.

Footage from the 720p camera is ok considering the price, but it’s hardly what you’d call high definition. It’s more like low-resolution CCTV footage, and colours are washed out.

If you’re comfortable with cracking the camera case open you can install a wide-angle lens (around £7.50) which will provide much better aerial footage than the standard one. Still, it’s not a patch on the the DJI Phantom 2 Vision+ footage, although that drone costs almost 10 times more. If you want better quality footage from the V666, it’s possible to remove the bundled camera and install something like a Mobius wide-angle action camera which costs around £50.

In an open space far from the interference of Wi-Fi routers and mobile phones, the live video is good, but the frame rate drops noticeably when you’re recording at the same time. 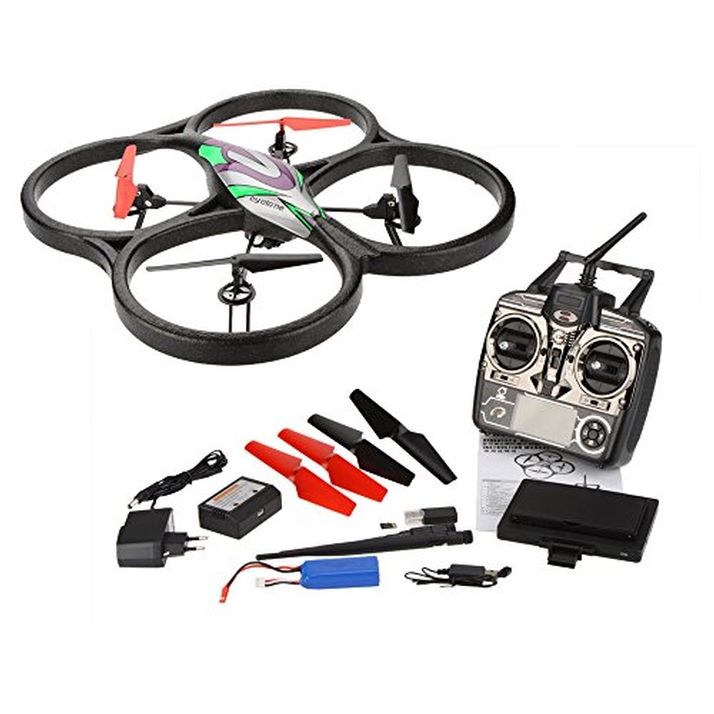 In flight, the V666 is pretty stable – much more so than smaller quadcopters such as the X4 FPV and Revell X-Spy. It’s possible to perform flips, but this kind of aggressive flying is likely to shorten the life of the motors and contribute to them burning out. Range was also good: we were able to fly at over 100 feet with no signal or connection problems.

There’s no GPS or automatic hovering, but you can’t expect those features for this price. What’s good is that, despite the manual’s horrendous English translation, the V666 supports “headless mode”. This is a fairly rare feature and means you can fly the drone from your perspective: even if it’s flying towards you, a right-hand push on the stick will make it move to your right and not left. Here’s an exerpt from said manual: 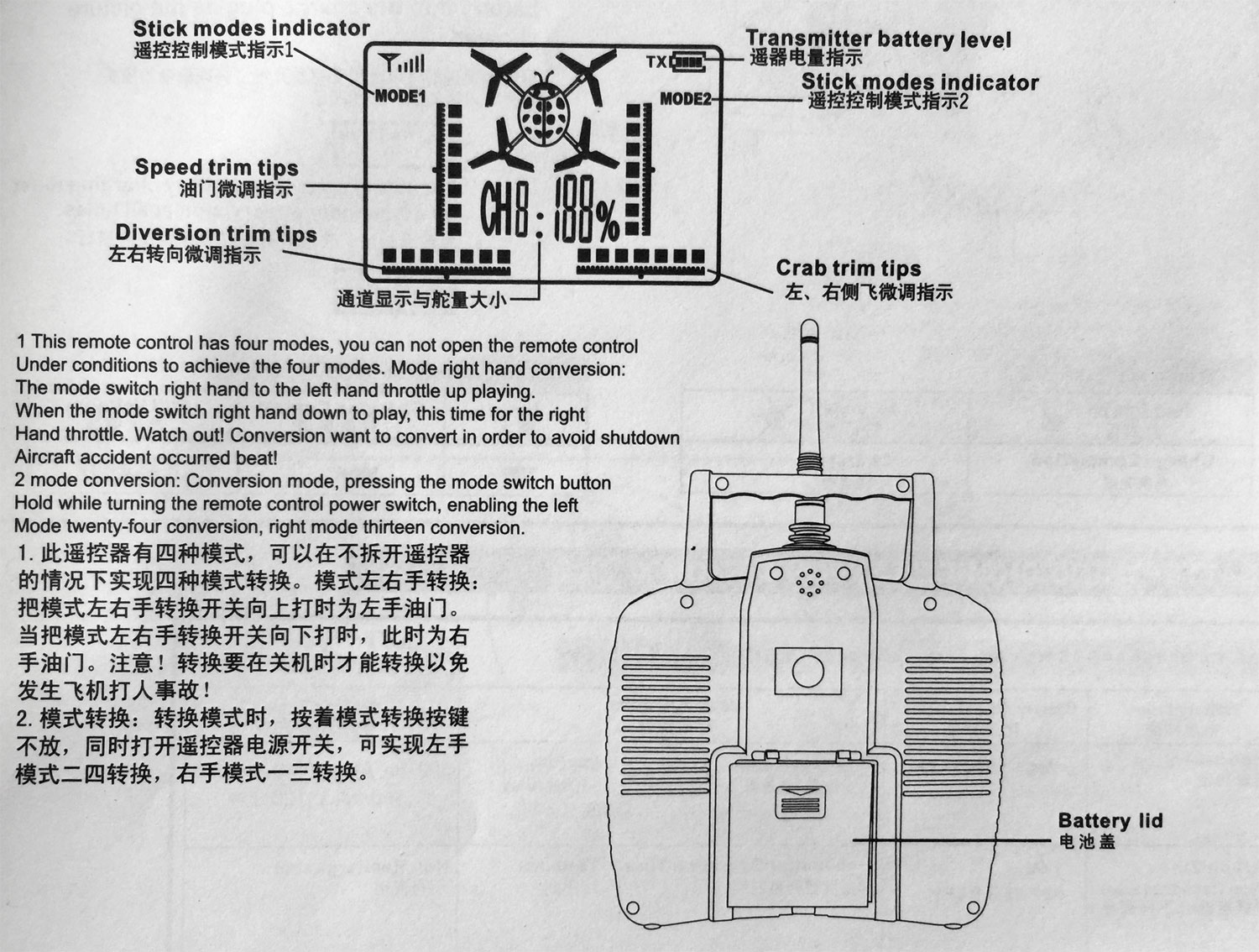 The V666 is a good starter FPV quadcopter, and is great value considering it includes everything you need to fly for just £100. However, budget for around £40 of import duties and handling fees (that’s what we were charged), and more for spare motors, batteries and rotors which are worth ordering at the same time.

Bear in mind that now the AR.Drone 2.0 has come down in price quite a lot, and it could be worth stretching your budget and buying that instead. But for those who are limited to under £150, this is a great quadcopter.