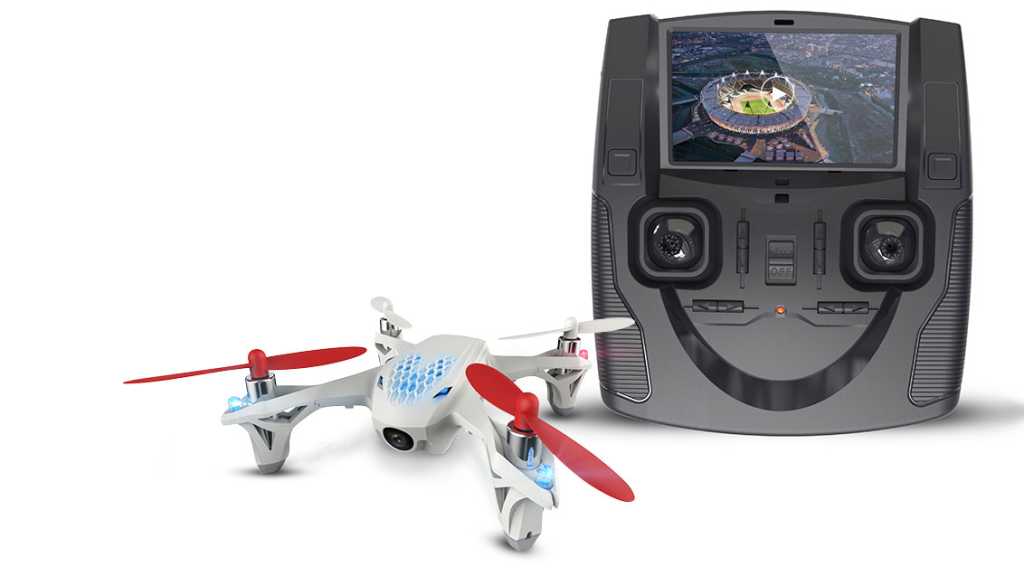 For the price, video quality is poor, so don’t expect to be recording amazing footage from the air. If you invest in some extra batteries and time in learning to fly it properly, the H107D can be a rewarding and fun quadcopter. 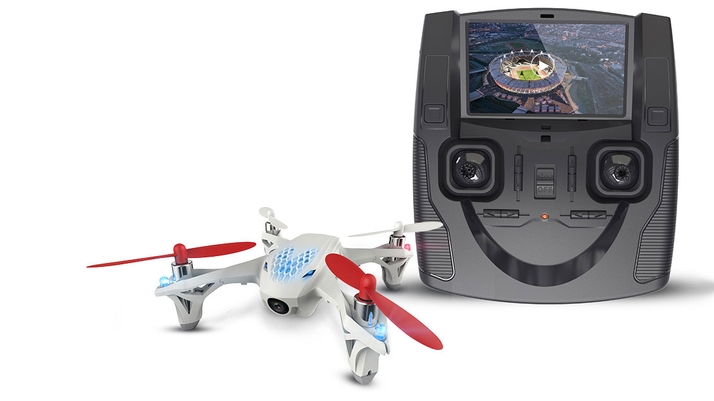 Hubsan is one of the better-known quadcopter manufacturers and the X4 FPV is one of its best drones yet. Find out if it’s right for you in our Hubsan X4 FPV review. See also: quadcopter buying advice

Also known as the H107D, the X4 FPV is Hubsan’s latest mini quadcopter. It builds on previous versions and addresses quite a few of the criticisms. It now has rubber feet but, much more importantly, it offers a live video feed to the 4.3in colour screen built into the controller. That’s why it’s called the X4 FPV: first-person view.

You’ll see the X4 FPV offered for around £90 online, but this doesn’t include the remote control. Unless you already have a controller, the package actually costs £159.99 from CML distribution, which kindly supplied us an H107D kit for review.

The quadcopter itself is miniscule, roughly the same size as the Revell X-Spy. It comes with a propeller guard which is useful to use while learning to fly the copter. You have to use the included tool to take off the rotors as the guard isn’t fitted by default.

Video is higher resolution than the X-Spy, but at 640×480, it’s nothing to get excited about. You can record the video, but you’ll need to install a microSD card in the slot in the controller. That wouldn’t be a problem if the quality of the video signal were better. In our tests, the signal was choppy and all the interference gets recorded to the SD card. You’ll see the least interference if you fly outdoors far from buildings in an open area. 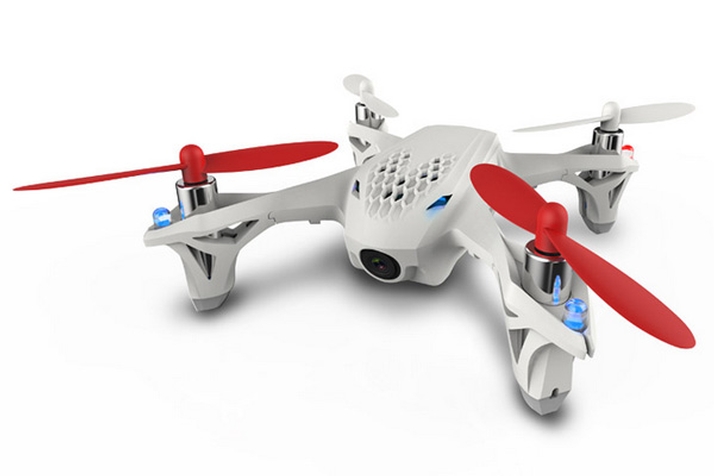 Oddly, video is stored in AVI format in 640×240 format so you’ll have to find a suitable video converter if you want to watch it on your PC or upload it to Facebook or YouTube. Given the poor quality, you’ll probably decide not to bother. In fact, it’s such a faff that Hubsan includes an addendum to the manual to explain all this.

The manual, surprisingly, is written in good English and explains everything you need to know in order to learn to fly the quad along with sensible advice to avoid breaking or losing it. The controller has two modes, although we stuck with the default ‘Mode 2’ which is for beginners. There’s even an Expert mode that lets you configure the controller sensitivity so you get full control of the drone for more accurate flying. It means you can grow into the X4 FPV as you get more skilled in flying it, and perform flips and loops. This video shows the level of precision you can achieve with some practice. We don’t recommend flying a quadcopter over water though!

We found the X4 FPV was a bit easier to control than the X-Spy, but like its rival, you’ll find the learning process slow going as you get only seven minutes of flight time between charges. At least recharges are faster at 30-45 minutes. It’s really hard to make it hover, as it drifts around like most ‘dumb’ quadcopters, and it’s too small and light to deal with flying outdoors in windy conditions. (This applies to most quadcopters, of course.)

The good news is that spares for every part are widely available, with batteries costing as little as £3.30 if you buy in bulk. You’ll want to invest in some rechargeable AA batteries suitable for high-drain devices, as the controller will finish off a set of alkalines in almost no time. You can’t turn off the live video screen to save power, but the screen does have a useful timer which starts the moment you power it on, so you can keep track of how long you’ve got until the battery is about to run out. 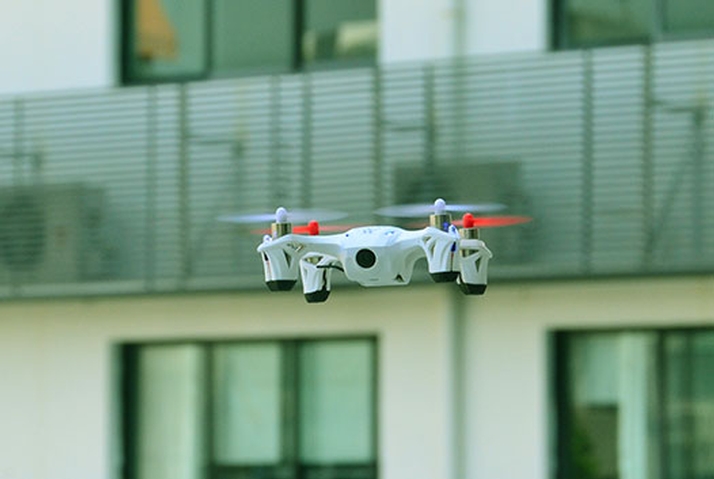 If you really want to, you can buy a set of Hubsan H105 FPV glasses to get the real first-person view. We didn’t try these, but others say that the relatively narrow field of view from the built-in camera makes this quite tricky.

Overall, the X4 FPV is a good starter quadcopter, but it’s not great if you’re planning to shoot aerial video as the quality is too poor. Instead, the video is merely intended for first-person flying. If you do want an entry-level quadcopter for reasonable aerial video, look to the WLtoys V666.