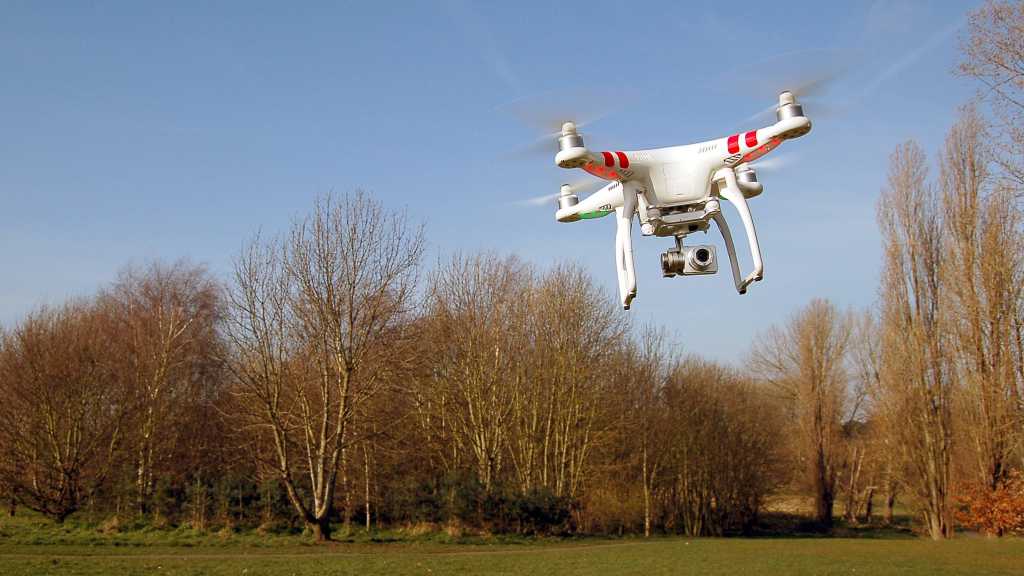 At under £700 now, the Phantom 2 Vision Plus V3 is an awesome piece of kit and delivers great 1080p aerial footage. 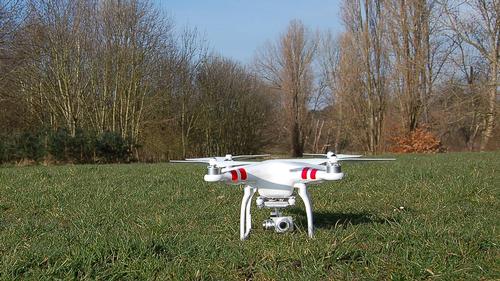 DJI is one of the best known consumer drone manufacturers, and the Phantom 2 is a great quadcopter. It has now been superseded by the Phantom 3, reviewed, but it’s still well worth buying. We’ll explain why in our Phantom 2 Vision Plus V3.0 review.

The Vision+ V3 model is the top of the Phantom 2 range and originally cost £1000. It was discounted to £799 just before the Phantom 3 was released and although it is now officially discontinued, it can be picked up for less than £700 if you hunt around online. If you’d prefer to add your own gimbal and camera, a Phantom 2 V3 can be found for under £450 brand new, and that’s a great deal.

Why do we like the Phantom 2 V3 so much? First, the it’s much smarter than many cheap quadcopters, and is able to hover in one place without you even touching the controls.It can do this thanks to built-in GPS and compass. These are essential tick-box items for any drone as far as we’re concerned.

Second, it has a proper gimbal and a 1080p camera which provides stunning, steady aerial footage which doesn’t suffer from the ‘jello’ effect you often get from drone cameras.

Third, it’s well built and the big battery gives up to 25 minutes of flying time, and the range extender – the small box on top of the remote – means there’s you can control the Phantom as far as 1000m away.

Fourth, it uses GPS, so you can set a location to which the drone will return if it loses connection to the remote control. You can even set a series of waypoints for automatic flying. And don’t overlook the fact that spares are easy to come by. If you break a quad from a relatively unknown brand, you could end up waiting weeks for replacement parts to arrive from abroad. 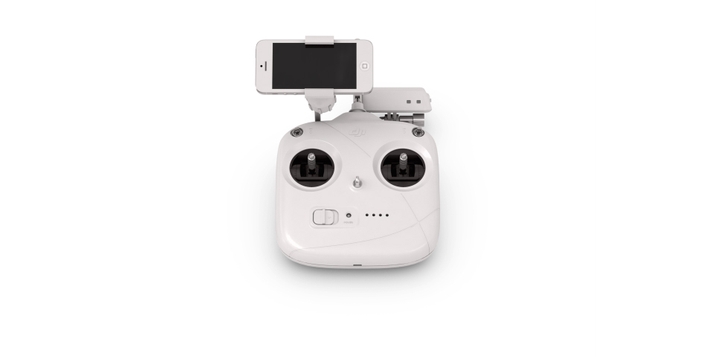 It’s hard to overstate how easy it is to fly the Phantom 2. Once the compass is calibrated, there’s no need to adjust any fiddly trim controls: you just take off and the on-board processors ensure a stable flight, even when it’s fairly windy. Only tiny movements on the sticks are needed to move the craft around in the air, allowing amazingly precise flying.

New to version 3.0 are upgraded motors and propellers which let you carry more weight than the Phantom 2 V2 without reducing flight time. Also, the updated transmitter has a built-in lithium rechargeable battery, so you won’t be burning through AA batteries as with many other quadcopters, and status LEDs show you at a glance how much power is left. This is why it’s important to know you’re getting a V3 when you’re browsing for cheap deals.

The remote control has a clamp for your smartphone, and the app works with iOS and Android. Using it, you can see live (albeit low quality) video from the camera along with lots of other useful information such as altitude, battery life, number of satellites picked up and more. You can also control the tilt angle of the camera, but it’s easier to do this using the shoulder rocker dial for easier, and more precise, control. That’s also a feature you’ll find only on V3 models. 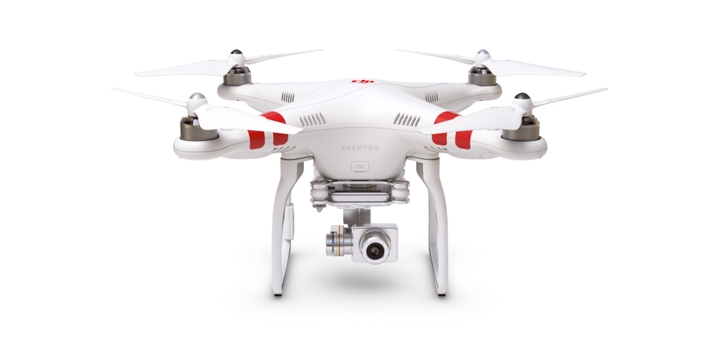 Video quality is in a completely different league to many of its cheaper rivals. As well as being fitted with a 1080p camera (as opposed to the more common 720p) the footage is rock solid. If you’re buying a drone primarily for video, you’ll regret buying anything without a stabilised gimbal.

The Phantom 2 is available to buy with no camera or gimbal (for around £450): you can then buy those separately. For example, if you have a GoPro Hero 3 or 4, you can buy a three-axis gimbal designed specifically for it for around £300. A cheaper option is a Walkera G-2D – a two-axis gimbal – which costs less than £70. 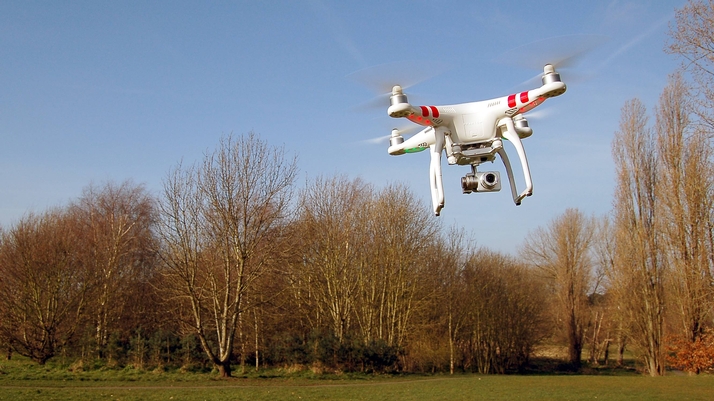 You can also buy a complete FPV (first-person view) kit for the Phantom 2 which lets you fly it as if you were on board. This costs around £300, but the CAA rules state that you must keep line of sight to your quadcopter at all times, so using an FPV in public isn’t legal.

Some people say you shouldn’t buy an expensive drone as your first, and instead to start with a cheap one to learn how to fly. That’s total nonsense. If you buy a cheap drone, you’ll only be put off by how hard it is to fly and – probably – by the poor quality of its video and photos.

DJI Phantom 2 Vision+ V3 review: Should I buy a Phantom 3 Advanced instead?

Not necessarily.The Phantom 2 Vision+ is almost as good at flying and the new model doesn’t fly any longer despite its new battery. Spare batteries are more expensive, too. If you already have a GoPro Hero 4 Black, you can pair it with Phantom 2 V3 and a gimbal to get 4K footage a lot cheaper than buying the Phantom 3 Professional.

But if you can afford the extra £100 or so on top of the Vision+ V3 to get the Phantom 3 Advanced, you’ll appreciate the better-quality 1080p footage from its updated camera. It also has some new features such as the ultrasonic sensors, automatic take-off and landing and more powerful motors and battery.