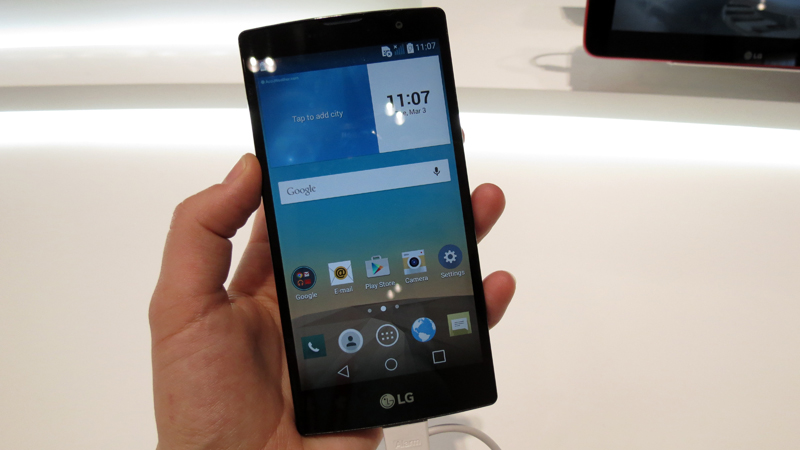 We’re not certain on the pricing of LG’s new smartphones in the UK yet, but if low enough the Magna and Spirit could be excellent new entries into the mid-range smartphone market. We’re expecting all four of the new smartphones to become available to buy within the next few months.

Ahead of MWC 2015, LG unveiled four new mid-range smartphones to add to its line-up, so we headed over to the company’s busy stand on the show floor in Barcelona to take a look at them. There was no LG G4 from the company during the event, though, so hopefully we’ll be seeing the new version of its flagship smartphone soon. Here’s our hands-on review of LG’s newest smartphones, the LG Magna, LG Spirit, LG Leon and LG Joy.

All four smartphones run Android 5.0 Lollipop with LG’s UX interface, each has 8GB of internal storage, and each is available in 3G and 4G models. They differ when it comes to design, specs and of course price, so we’ll talk you through each model here and give you our first impressions of the smartphones after spending some time with them at MWC 2015.

The LG Magna (shown above) sits at the top of the new smartphone range. It has a 5in HD display (720×1280) with a decent but not amazing 294ppi pixel density. That said, it looked clear and crisp during our testing thanks to in-cell tech, but of course not anywhere near as stunning as the LG G3‘s QuadHD 538ppi display. 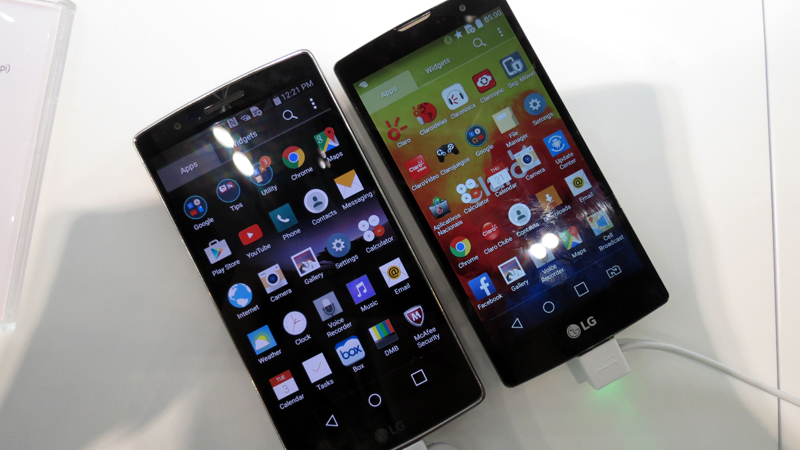 It looks reasonably sleek and light overall, at 10.2mm thick. You might not notice at first but the display is actually subtly curved, taking a leaf out of the LG G Flex’s book. We’re not sure it’ll make much difference to the overall experience but it does help it look a bit more premium, particularly when combined with the metallic back of the 4G model. It’s available in various different colours including a blue and a gold model. 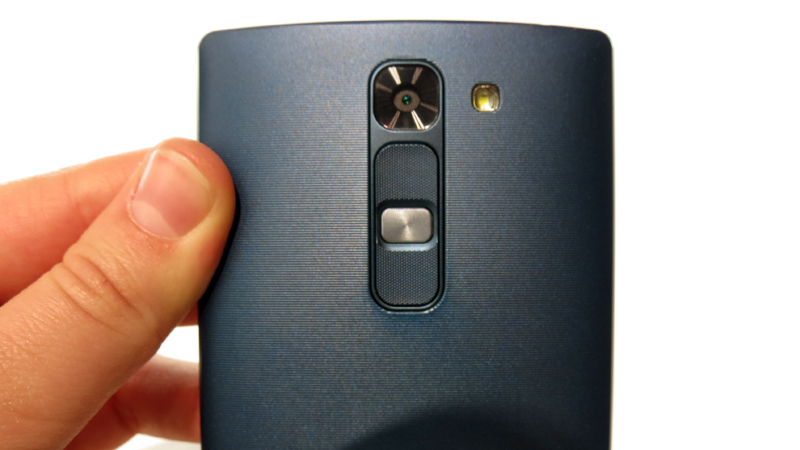 That back also houses the Rear Key, which LG’s smartphones tend to have now. You can use the Rear Key to turn on the screen and change the volume but the Magna also has LG’s Knock Code unlocking tech.

Inside is a quad-core processor clocked at 1.3GHz and paired with 1GB RAM and you’ve got that aforementioned 8GB of internal storage with a microSD card slot for up to 32GB. That’s not a great amount of space overall, which is a bit of a shame. There’s a 2,540mAh removable battery, too.

When it comes to cameras, the LG Magna has an 8Mp rear-facing camera with autofocus and an LED flash, and a 5Mp front-facing camera. 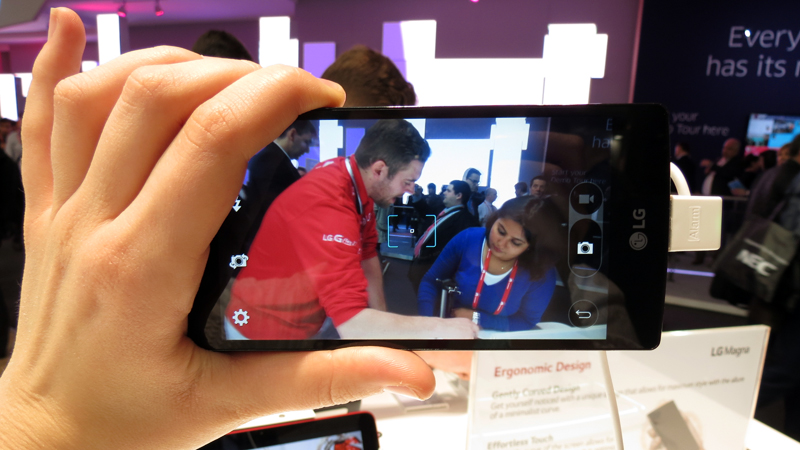 Overall, the LG Magna is a good mid-range smartphone, but we’d have liked to have seen a Full HD screen and 16GB of built-in storage. 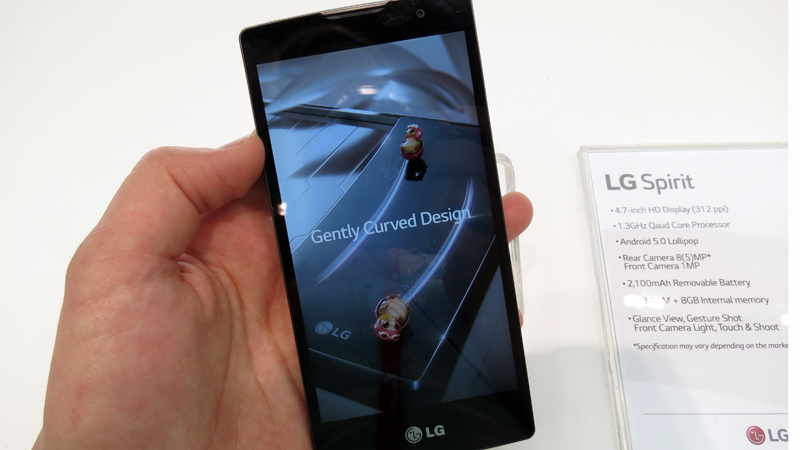 Next in the line-up is the LG Spirit. Slightly smaller and thinner (9.9mm), with a slightly curved 4.7in screen, the Spirit is actually our favourite of the four. The screen has the same resolution as the Magna, but as those pixels are packed into a slightly smaller display you get a better pixel density of 312ppi.

Overall the design of the Spirit is largely the same as that of the Magna. The processor is the same too, with that 1.3GHz quad-core chip and 1GB RAM, and again you’ll get that disappointing 8GB internal storage. 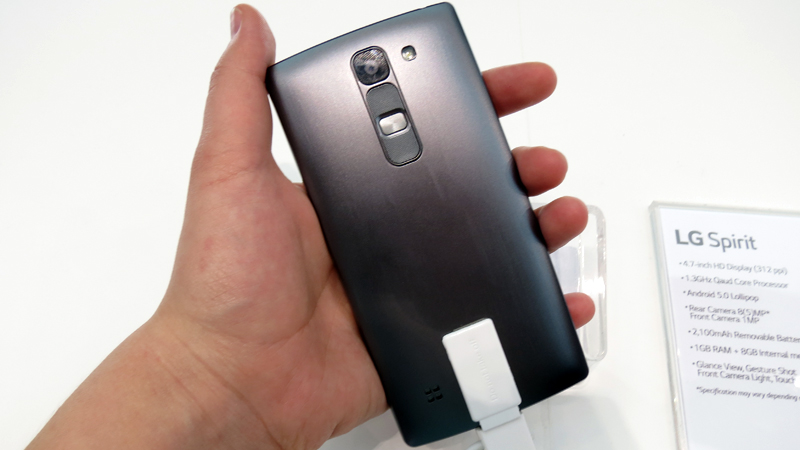 The Spirit has the same 8Mp rear-facing camera as the Magna, but the front-facing camera is just 1Mp instead of 5Mp so isn’t so good for selfie lovers.

The battery is still removable and is 2,100mAh. 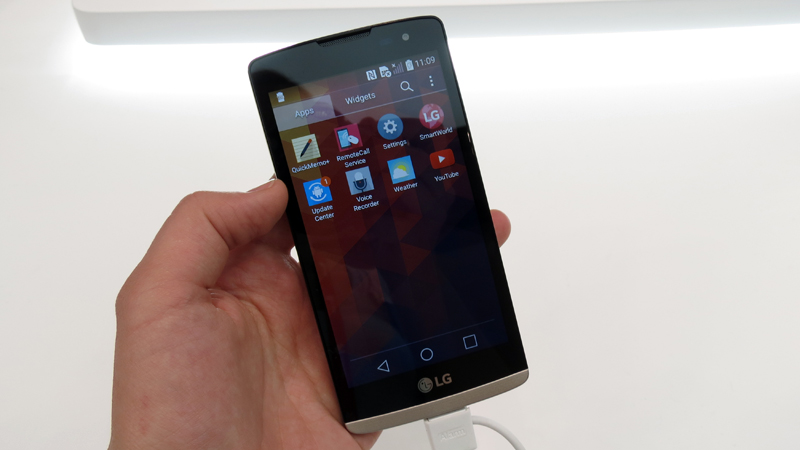 Smaller and cheaper still is the 4.5in LG Leon, which should sit in the entry-level category along with the Joy which we’ll talk about in a moment. It’s thicker than the Magna and Spirit at 10.9mm and the screen isn’t as crisp at 220ppi. The screen isn’t awful, but you’ll notice a difference if you’re used to HD or Full HD.

The Leon has a slightly different look to the Magna and the Spirit, with an additional bezel portion beneath the display that gives away its cheaper price tag. It does still have the LG Rear Key, but the display doesn’t offer the same slight curve. 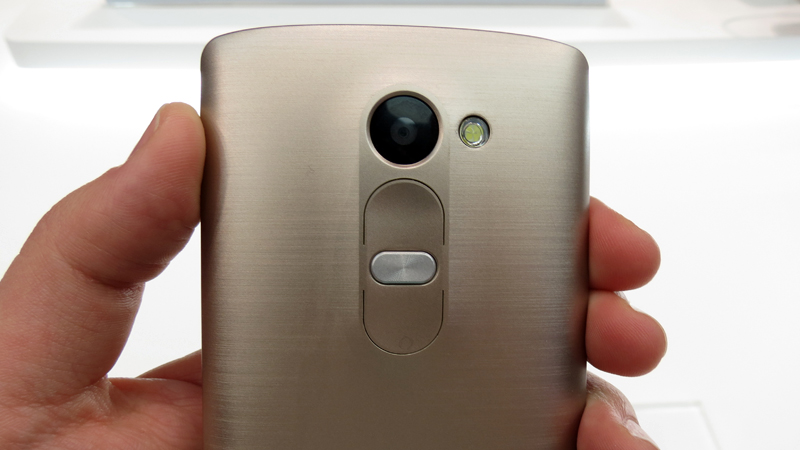 It does still have the 1.3GHz quad-core processor and 1GB RAM, though, as well as the 8Mp rear camera but a rubbish VGA camera on the front. This time the battery is 1,900mAh but with that smaller and less impressive screen it won’t need as much power as the Spirit and Magna anyway. 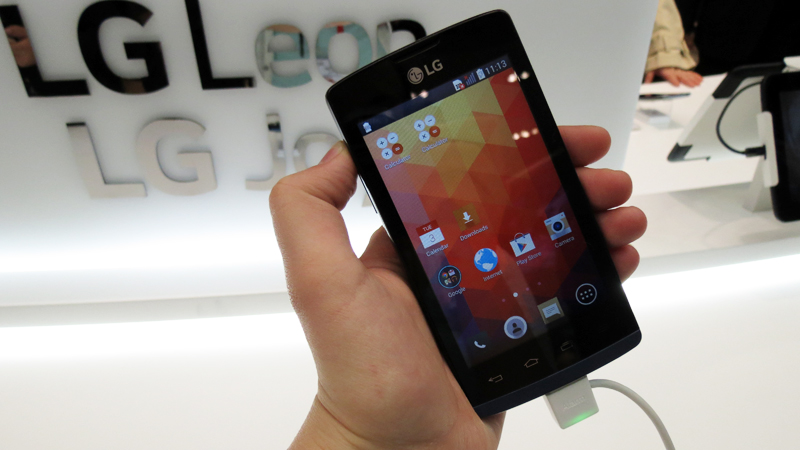 Finally, the cheapest model of the range is the 4in LG Joy, with a 233ppi pixel density. With that small screen and quite thick 11.9mm body, the Joy looks quite short and stubby, with a design that makes it look cheap. 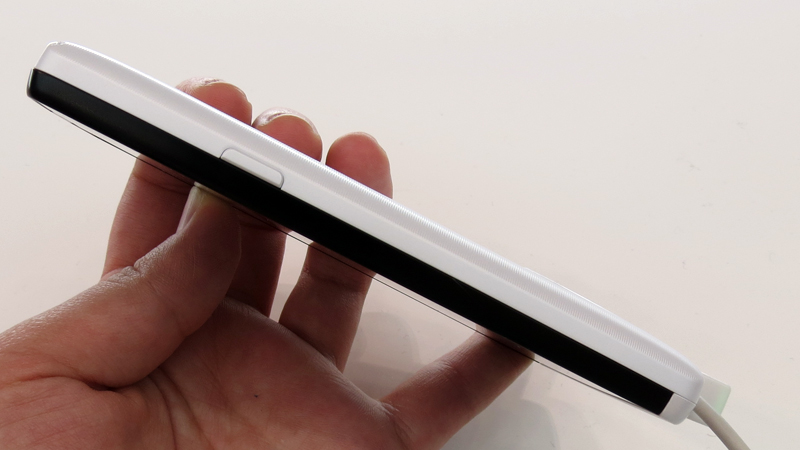 It also has capacitive Android buttons along the bottom rather than the on-screen controls found on the other three models in the range, and there’s no Rear Key, so it’s quite different from its pricier siblings. The volume and power buttons are instead found on either side of the smartphone.

It looks like there will be two versions of this smartphone available depending on the market. One model has a dual-core processor clocked at 1.3GHz paired with 0.5GB RAM and 4GB internal storage, while the other has a 1.3GHz quad-core processor, 1GB RAM and 8GB internal storage. We’re inclined to think that the UK will get the latter model, but we had our hands on the former at MWC. We’ll bring you more information on that when we can. 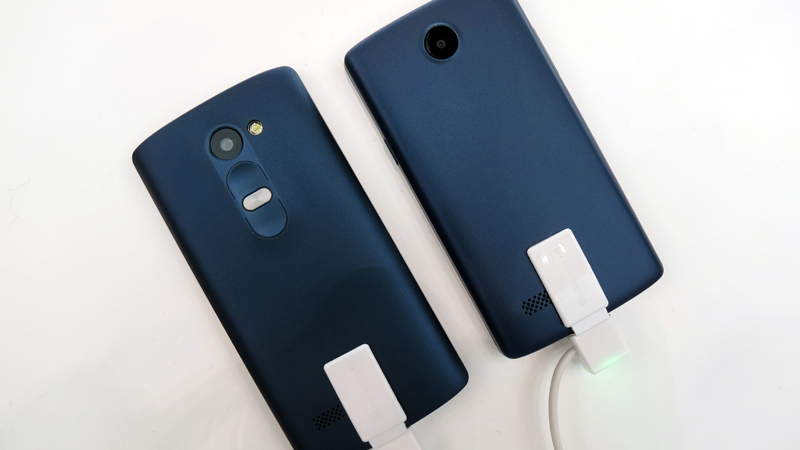 You’ll find a 5Mp rear-facing camera but without a flash, and a VGA camera on the front.

The removable battery is 1,900mAh.

We’re not certain on the pricing of LG’s new smartphones in the UK yet, but if low enough the Magna and Spirit could be excellent new entries into the mid-range smartphone market. We’re expecting all four of the new smartphones to become available to buy within the next few months.