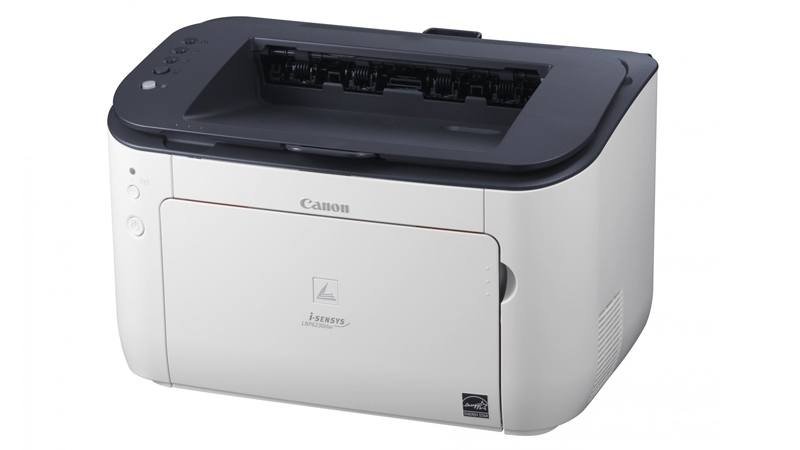 We haven’t been overly effusive about every aspect of this printer. The lack of user friendliness, in particular, could be improved upon. However, many of the LBP6230dw’s faults are common to most other affordable laser printers. And many of them are minor issues which will cause few problems on an everyday basis. And there is a lot, an awful lot, that the Canon does incredibly well. It’s highly affordable to both buy and run, and has searing speed and quality for this price-point. It’s also pleasingly compact. For a discreet page-churner that you can entrust your daily workload to, the LBP6230dw is a fantastic product for the money. 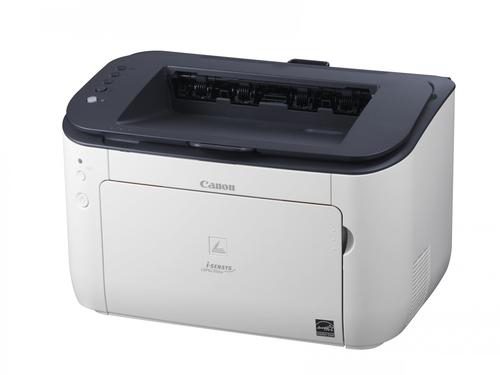 Gone are the days when a single laser printer seemed large enough to power a small village. There are still some gargantuan models available, but in 2015 it’s possible to have the magic of laser technology and still preserve much of your desk or floor space. The LBP6230dw is a case in point. It might look rather lumbersome on the page, but in the flesh it’s pleasingly discreet, with a 379x293mm footprint sufficiently modest to be hidden away on most desktops. Its grey/cream colour combo is standard-issue office fare, allowing it to blend in nicely with the rest of the equipment. The Canon, then, is a laser that you can set up and then forget about. See all printer reviews.

Not that everything is perfect. Open the paper tray, and the printer has a distinctly unfinished look, as though it had escaped from Canon’s factory before it could have the final touches applied. As it turns out, this first impression is rather misleading, and there’s a hidden tray cover that pulls out to create a full 250-sheet holder. We miss the extra security that comes from the meaty moulded trays built into the bigger and more expensive models, but it’s still a very clever space-saving design. And built into the top is a one-sheet manual feed, which gives you the option to run off media of a very different type without having to fiddle around with the main tray. The output tray is shallow, and its 100-sheet capacity may be a slight limit. But if you want a laser this small, you’ll likely have to put up with this minor problem. See all budget printer reviews.

One area the Canon doesn’t excel in is user-friendliness. For a start, there’s a rather arcane setup process that involves removing various pieces of safety plastic. We’re used to extracting these, of course, but the Canon seems to delight in hiding them away as much as possible. And the diagrammatic instructions aren’t as useful as they might be. A better guide is available in HTML online, but we miss the days of full printed documentation.

The control panel itself isn’t much easier to grasp. Three lights and four buttons (five if you count the rear-mounted reset switch) are plastered across the printer. But the actual use of these isn’t so clear. And the ‘on’ switch is lcoated at the front rather than in the more natural-seeming position of the top of the Canon. For the most part, you won’t need to deal with many of these keys – they mostly allow you to cancel jobs, restart after paper issues, or set up the Wi-Fi. As with most lasers and business models, though, the LBP6230dw lacks warmth.

Connectivity can still be an issue for small to medium offices. Ethernet remains the most workable solution for the typical office. But Wi-Fi offers increased flexibility, even if at the expense of speed and reliability. Whatever your firm’s setup, the Canon slots perfectly in, touting both ethernet and the wireless 802.11b/g/n. There’s no Bluetooth support, but this is very much a niche product in today’s business world. There’s no support, either, for memory cards, although you can hook up to the Canon through mobile devices. (See also: best printers of 2015.)

And so to performance. 64MB of RAM is built in, so the Canon should be able to handle fairly sizeable tasks. It’s quoted for 25 pages per minute. We couldn’t squeeze out more than 22.2ppm, but this is close enough to make it a smart performer for the money. In contrast, the Samsung Xpress M2070W could manage just 17.1ppm. Even A4 graphic images could be produced at a faster rate of 17.7ppm on the Canon. It’s also fairly strong when it comes to automatic duplexing – turned on as default to save paper – and the Canon’s speed of 22.2ppm fell to a still very respectable 14.9ppm. This remains more than fast enough for auto duplexing to be seen as a standard option rather than a feature to be saved for occasional use.

Text quality is very good for the price. Characters are immaculately defined, and reasonably dark – even if not jet black. You can make out detail even at small sizes, while graphics (mono A4 prints come out at a rate of 17. offer strong grayscale depth with no defects.

Given such excellent performance for the price, you might expect its toner costs to provide a sting in the tail. However, the £42 726 cartridge offers 2100 pages in total, giving it a cost per page of 2p. This allows it to easily outperform the likes of the Samsung Xpress (3.8p) or the Brother MFC-J870DW (2.6p). If you want value, the Canon excels here too. (See also: best printers of 2015.)