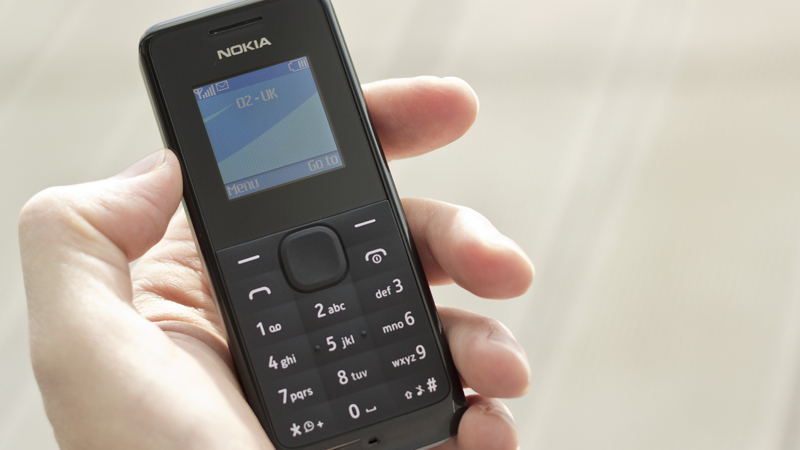 As with all things in life you get what you pay for, and that is £10 worth of calls and texts. The free phone is a bonus, and will keep going much longer than the 30 days for which the credit is valid. This isn’t a smartphone, so it’s unfair to compare it with the phones we usually review, but if all you want to do is make calls and send texts the Nokia 105 offers the best deal we’ve ever seen.

Even the cheapest smartphones aren’t cheap enough for some people. Here we show you how to get a free phone in our Nokia 105 review. (See all budget phone reviews.)

Yesterday I wrote an article about the cheapest smartphones you can buy under £50, but for some people that’s still not cheap enough. For those of us who just need a mobile phone to make calls and texts you can go a lot cheaper – in fact, you can get a brand-new phone for free. Find out how to get a free phone in our Nokia 105 review. Also see: Best budget phones 2015 and cheapest 4G phones 2015.

Nokia 105 UK pricing and availability: How to get a free phone

Introduced back in 2013, Nokia’s 105 is the entry-level phone in its line-up. This is a feature phone rather than a smartphone, and it lacks many of the features you might expect to find from Nokia’s more familiar handsets. But that does mean it’s cheap. Cheaper than cheap. Free, in fact.

Grab a Nokia 105 from Carphone Warehouse on an O2 pay-as-you-go contract and the Nokia 105 is completely free. All you pay for is a £10 top-up, which you’ll want anyway in order to use the phone.

It’s worth pointing out that you won’t be able to make use of the 500MB of mobile data on this 2G phone, but you can insert the O2 SIM into a handset that supports 3G. The Nokia 105 takes a full-size (Mini) SIM, but the O2 SIM supplied by Carphone Warehouse is a Micro-SIM with a Mini-SIM adaptor, so it’ll work in most 2014 or earlier phones with the exception of iPhones and HTC handsets.

The Nokia 105 is also available free on EE PAYG from Carphone Warehouse, but EE demands a £20 top-up.

If you’d rather buy the Nokia 105 SIM-free it’ll cost you £16.20 from Amazon. Alternatively, you can grab the free Nokia 105 from Carphone Warehouse, make use of the £10-worth of calls, texts and data, then unlock the phone through a service such as FoneFunShop for £15. That’s not illegal, in case you were wondering.

At this price the Nokia 105 is an ideal phone if all you want to do is make calls and texts, or if you need an emergency phone or something you don’t want to worry about losing. If you are using this as an emergency phone, though, note that an O2 SIM must be used or topped up at least once every six months to prevent it expiring (this is standard with UK PAYG SIMs). Also see: Best smartphones 2015.

Rather than Windows Phone or Google Android, the Nokia 105 runs the company’s own S30 operating system. This supports Java apps, but you won’t find any kind of app store installed. Neither does the 105 support 3G or Wi-Fi, so that rules out internet, email and even picture messages. This phone is strictly limited to traditional mobile phone tasks, such as making calls and sending texts.

The icon-led interface is intuitive to use, and some may even find it simpler than using Android or Windows Phone. You can scroll through a grid or list of menu options including Messages, Contacts, Call register, Settings, Clock, Radio, Reminders, Games and Extras, then select any of those options to dig deeper.

You can also tap left on the navipad to start a new text message (here restricted to 918 characters), right to open the calendar, or down to access contacts. From the home screen the Exit (or back) button brings up shortcuts to such things as the torch, radio, calculator and games.

Usefully, Nokia has preinstalled several useful utilities and a handful of games – including Snake Xenzia (in colour!). Anyone who grew up in the nineties will understand exactly where I’m coming from when I say that this makes the Nokia 105 well worth a tenner of anyone’s money, even if you were to use it not as a phone but just a device on which to play Snake. Also see Best Android phones 2015 and best Windows Phones 2015.

Other games include Forbidden Treasures, Cricket Cup, Rapid Roll and Sudoku, but it’s worth pointing out that these aren’t the graphical masterpieces that you might download to a smartphone. That’s part of their charm, of course.

Also on the Nokia 105 you’ll find an alarm clock (and speaking clock), an FM radio, a calculator and converter, an expenses ledger, a timer, calendar, stopwatch and flashlight in the Extras menu. Even the new Moto E doesn’t have an LED torch.

Customisation options are fairly limited, but you can change the ringtone (no Crazy Frog here), theme (background colour) and colour scheme.

I particularly like the ability to change the Welcome note for the rare occasion that you actually switch off or restart your phone, but on trying to type the obligatory ‘Insert 10p’ message I just couldn’t get my head around the Nokia 105’s predictive text. So rather than sticking with ‘Insert 10s’ I used the hash key to switch to standard text input (this is also how you jump from lower- to upper case).

If you like the retro look you’ll love the Nokia 105, which is available in blue or black. With this phone in my hand I feel almost as though I’ve gone back to my teenage years. But, to be fair, this feature phone is better-looking than many of the bulky handsets we had back then.

This Nokia 105 is tiny, and at just 107×44.8mm it’s so comfortable to use in a single hand – that’s something we haven’t been able to write in a phone review for a very long time. It’s chunky, too, at 14.3mm – but we like that. Built entirely from plastic and incredibly light at 70g, the extra depth helps the Nokia feel a little less toy-like.

Despite the plastic build it feels reasonably tough. Even if it breaks, at this price we wouldn’t be too upset. The plastic rear is removable, revealing an also-removable 800mAh battery. You’re unlikely to need to swap this one out on the road, however – Nokia claims the battery keeps going 35 days on standby or 12.5 hours for talk time. And that’s fortunate, because the proprietary Nokia charger will make recharging on the go impossible unless you carry with you the dedicated charger (a Nokia-to-USB cable is not provided in the box and, even if it were, we’re not sure that it would be able to charge the phone as well as transfer data). Also see: How to charge your smartphone faster and Best power banks 2015.

The LCD screen is just 1.4in with a 128×128 resolution, equating to a pixel density of 129ppi. That’s half what we see in the typical sub-£50 smartphone, but on a tiny screen that doesn’t do photos – even picture messages – it’s quite acceptable.

The Nokia 105 supports 16-bit colour, and we were surprised to find such good viewing angles from the side. But the screen is also recessed under the glass, and so small that we can’t imagine why you might want to look at it from the side.

If it’s not obvious, this is not a touchscreen. Instead, the phone is operated via a numberpad and four-way navipad, plus you’ll find Select and Exit (back) buttons, and start- and end call buttons. The latter is also used to turn off the Nokia 105 with a long-press, with no physical buttons to be found on the phone’s edge. Rather than a volume rocker, you’ll need to enter the Settings menu to adjust the ringing volume and specify whether or not you also want the phone to provide haptic (vibration) feedback.

The Nokia 105’s keypad is dust- and splashproof, covered with a soft-touch rubber membrane rather than exposing individual keys. This means you can give it a wipe to keep it clean, and it also protects the buttons from the wear and tear of too many hours spent playing Snake.

It’s important that you understand the Nokia 105 is not a smartphone before you consider purchasing it. This feature phone supports only 900- and 1800MHz GSM, which means you won’t be using it to get online. That means no web browser, no email, no instant-messaging (WhatsApp and the like) and no social media (Facebook and Twitter). The Nokia 105 won’t even accept a multimedia message, and there’s no camera – neither at the front nor the rear. So, that also means you can’t have a photo wallpaper or store any kind of media. There is an FM radio when paired with headphones, but these are not supplied in the box.