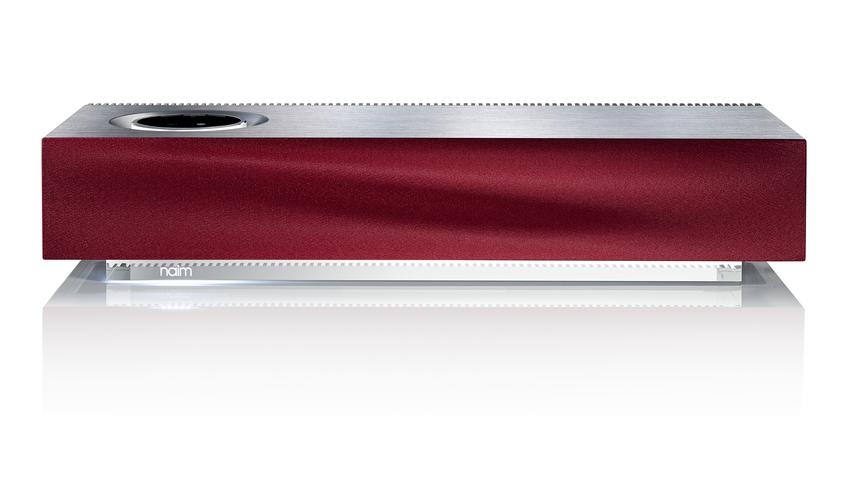 In most respects the Naim mu-so would make the perfect companion to the modern home as a one-stop music centre. It can play sound from phone, tablets, NAS drives and music servers, internet radio, as well as local sources like a telly through its minijack and optical digital inputs. It’s stylish in a B&O metallic breezeblock kind of way, and importantly is a cinch to control through its mobile apps once you’ve explored the touchscreen interface. Sadly it’s let down by its amusical quality which is far removed from the living, breathing sound that Naim was for once famous. At £895 it would be a bargain by real hi-fi standards but in truth it’s expensive by the lo-fi Bluetooth speaker standards with which it stands. Hipsters and interior designers can rejoice at the mu-so’s on-trend looks but music lovers may be more inclined to avoid Naim’s so-so.

Naim Audio has long been one of the touchstones of British audio industry, an electronics brand founded in the early 70s that earned a fearsome reputation for uncompromising amplifiers, before later expanding into making complete hi-fi systems.

The mu-so is Naim’s first network speaker, a mains-powered rectangular block about two feet wide and five inches tall. It’s beautifully crafted with clean lines, a brushed aluminium skin finishing its top and side, an inky black grille hiding speakers to the front, and a finned heatsink running along its back panel.

Also available at £69.95 each are alternative coloured front grilles, in red, orange and blue. 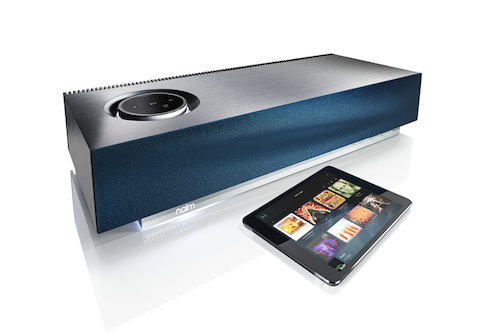 When placed on a table the mu-so seems to float just above the surface, thanks to an 18 mm slab of clear acrylic that runs most of the width of the cabinet. This lights up by default from invisible white LEDs that also illuminate the Naim logo on the left corner. The sum of these design details is a classy looking unit that will win the attention of anyone needing a one-box music centre with the minimum of fussy extras and unsightly cabling.

Pull off the detachable grille and you’ll find a line of speaker units ranged across the front – two racetrack bass drivers, two midrange units and a pair of soft-dome tweeters. These are powered by a total of six discrete amplifiers (specified as 65 W each, one channel driven only, into 6 ohm).

The sound is first split into the appropriate low, mid and high frequency bands by an active crossover and control of the sound is orchestrated by a 150 MIPS microprocessor.  This allows limited room- and ear-tuning adjustments to be made by the user – namely setting room position (less than/more than 25 cm from a wall), and a Loudness on/off control (which lifts bass and treble to give more impact, an old trick originally invented to overcome differences in our hearing response at low volumes).

Like many ‘wireless’ speakers, you’ll need a smartphone or tablet to operate the mu-so, and to this end Naim Audio has its own app for iOS and Android. In use we found the mobile interface quite simple to use, and playback control was reliable, in marked contrast to many app-controlled streamers and speakers that suffer infruriating reliability issues.

Some limited control of the mu-so is also available from box itself, from a control centre on the unit’s top. This comprises a large circular dial that you can spin for volume control; and some backlit touch controls to select ‘radio’ and ‘input’. Pressing the latter light allows you to cycle through three available inputs, although unlabelled white lights given only a hint of which. 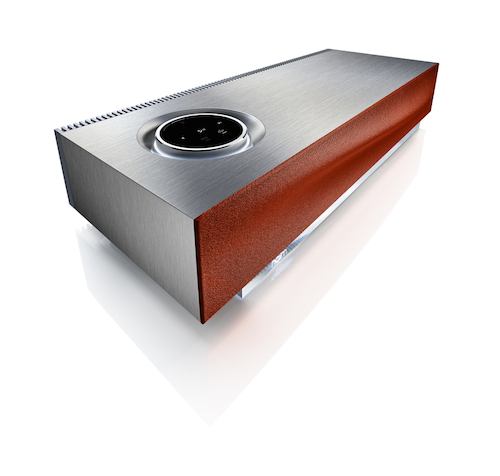 The big round dial has a commendably smooth action, and as you twizzle it white lines illuminate around the circumference to display volume setting. Unfortunately these lights quickly fade to black, so there’s no visual way to know at what volume the mu-so has been set thereafter, which we found in practice to be a poor UI decision.

Special mention must go to the level of fine control available at the lowest volume settings. Many audio designers forget that the enormous dynamic range of the human ear means we can, and like to, play very quietly in some situations or times of day. The mu-so has plenty of very low level volume adjustment available.

The small remote handset provides switching of inputs and volume, with the latter controls set as north and south in the compass rose surrounding the core OK button. Unfortunately immediately north itself of the volume + key is an input switch button. So close in fact that we found it all too easy to change inputs by mistake when adjusting volume. Worse, there’s no way to restore UPnP playback after changing sources; you must then go to find your smartphone to restart playback.

How does the Naim Audio mu-so sound? In its favour the sound is tight and focused, in the sense of no flabby bass or honking midband colorations to unsettle singing voices. It could play loud without audible distress from box resonances or gross amplifier clipping, although we did note it’s rather noisy – sat around 4 feet away we could clearly hear the woosh of constant white noise streaming from its tweeters.

Overall though, its sound character we’d best describe as dreary – that is to say dull, lifeless and quite lacking in musical interest.

The essential outline of the music was in place but there seemed to be less conviction in playing all the threads as a believable ensemble. Trying classical or acoustic material, instruments like violins and guitars sounded thin and scratchy. Cymbals lost flourish to become splashy metallic pulses from an 8-bit drum machine.

Spoken voices from radio had a hollowed-out, papery quality that robbed the person speaking of humanity. Bass was heard – and felt – with good slam and impact but trying to follow walking basslines the mu-so revealed itself as almost entirely tuneless. Where a figured bass part might be heard as dum-de dah de-dum, we heard mu-so’s rendition more like dum-dum dum-dum.

When music got interesting and busy, Naim’s mu-so got messy and jarring. Instead of hanging on to every note of a captivating performance, we found it difficult to hold attention for more than a few minutes at a time, before our attention would drift aw.…  The effect was rather like hearing our favourite music rendered as a ringtone or MIDI track. Mechanical and laboured replaced natural and flowing.

Underlying anything we played was the ultimate loss of ambience and air we knew lay in the recordings. Like heavy-handed noise gating, the decay of instruments in a reverberant acoustic space was simple cut off, leaving a sterile dry effect in its place.

It’s easy to point to Naim Audio’s choice of Class D amplification as the culprit for milking all the music from the music. But given the amount of careful expertise and technology that’s been applied to the rest of the product, there’s every reason to believe that the prescription of low-fidelity switching amplifiers are the undoing of an otherwise carefully designed music system.

And that’s doubly disappointing from a high-end audio brand that once revelled in its amplification expertise, now seemingly forgotten in a race to the bottom to join mass-market white goods brands that as one have seized upon Class D for its energy efficiency, low manufacturing cost and spec-swelling power ratings. These type of budget amps have several commendable qualities but none of them have anything to do with reproducing music in a believable manner.