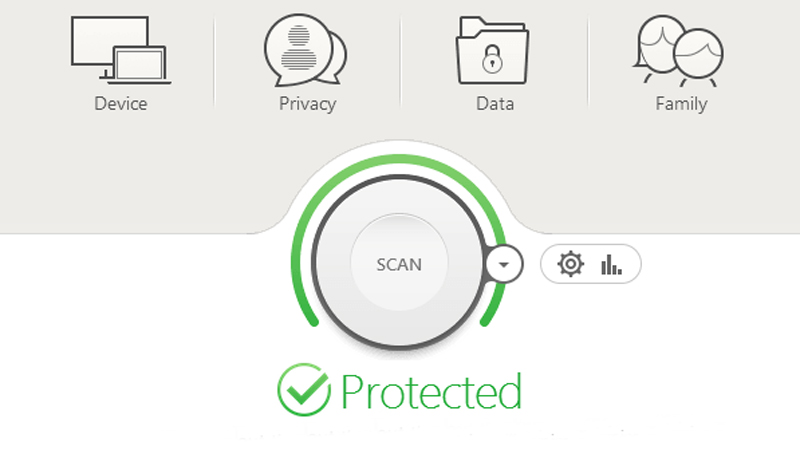 With such a good performance and the lower asking price, Trend Internet Security 2015 represents very good value, even though it misses out on certain extras offered by some of its competition.

Trend Micro, founded in California 25 years ago, has significantly improved the status of its security offering in the last few years, earning better and better results with the AV testing labs. The latest version of its Internet Security product also manages to slide in nearly 20 percent cheaper than most of its rivals.

The core modules include AV, anti-spam, identity protection, parental control and tune up. Browser protection takes the form of a lookahead scan in searches, which highlights good and bad sites according to the reputation built from other Trend customers’ visits. It can also scan privacy settings in social media to help protect your reputation online.

Trend Micro claims a very fast turnaround for getting signatures for new viruses out to its customers and an independent report from NSS Labs claims an average of under 15 minutes from the company, which is impressive.

This is a PC-only suite, though the top-of-the range Maximum Security product caters for Android and Apple devices as well. Trend Internet Security also has no backup provision or password manager.

There are lots of little, animated icons in the interface, with sliding panels and pop-ups adding to the fun. However, it suffers a bit in accuracy. For example, while running our file scan, the progress counter read five percent complete at 17,000 files, but finished within a further 30 seconds, at 17,343 files, rendering the estimate pretty useless. (See also:  2015’s best antivirus for PC and laptop UK.)

The scan speed is quite slow, measured at 12.4 files per second, but the load it puts on the system is also low, so scan speed is not that much of an issue. In fact, it took no longer to copy our 1GB test file with a scan running in the background than without, the first time we’ve seen this.

The software only dropped 0.5 of a point in AV-Test’s recent test, giving an excellent 17.5/18.0. When you look at the category results, this translates to a perfect result under Protection, with 100% accuracy on both widespread and zero-day threats.

Although any test uses only a sample of the possible malware a program will meet in the field and this figure shouldn’t be taken to mean the software will never miss a trick, this level of success is a good indicator of the program’s efficiency.

Under Usability, the program also scored a perfect 6.0/6.0, with just three false detections of legitimate software during scans, against the group average of nine. It didn’t produce any false warnings when visiting websites, nor when using valid applications.

In the final category, Performance, which measures the load of the application and any slowdown undertaking everyday tasks, the program showed a hit of just one second. This compares with an average of four seconds for the rest of the AV-Test group. (See also:  13 best backup software 2015 UK.)