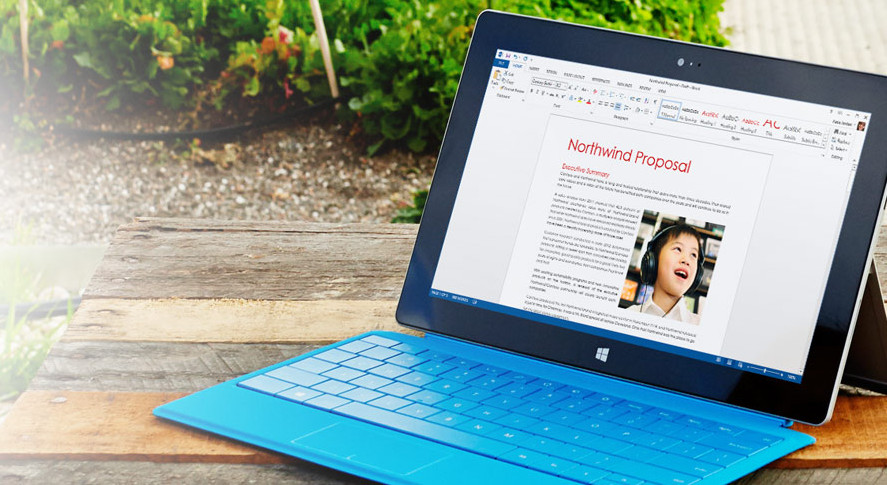 Microsoft is very keen to shift Office users from single-payment desktop software to a cloud-based subscription service. Because of this it has made Office 365 a much more attractive looking deal: worth it for the cloud storage and support. Just be aware that for all of the additional functionality and the reduced upfront cost, Office 365 is not forced to be better value for everyone. If you need only the features of Office 2013, only for a one PC or laptop, and you intend to use the same software for some time, the single payment may well be a cheaper deal. For most people, however, Office 365 remains the go to.

There is a large variety of versions of Office software available from Microsoft. In this article we are focusing only on those available for personal use, and there are still five different packages.

Two of them are Office 365 – the cross-platform model, with apps for smartphone, tablet, laptop and PC. Microsoft Office 365 is paid for on a subscription basis: for a few pounds each month you can use Word, Excel and the rest on all of your connected devices. The other three versions of Office are Office 2013: traditional software packages, paid for up front and used on a single PC or laptop.

As we will see in this comparison, Office 365 is much the better looking deal. But that doesn’t preclude the fact that for some people Office 2013 will remain a more cost-effective choice. We explain all in our Office 365 vs Office 2013 comparison. (See also: How to Sync Google and Outlook Calendars.)

This starts off simple, and then gets a little complex when we start to consider value.

The basics are that an Office 365 Home subscription costs £7.99 per month, or £79 a year if you pay for 12 months upfront. This licence can be used across five PCs, five tablets and five smartphones. Or you can downgrade to a Office 365 Personal account – limited to a single user on one PC, one tablet and one phone – and pay £5.99 a month or  £59 for the year.

Not definitely, because you have to factor in a couple of things. For one thing, if you use Office 2013 for the next five years without upgrading, even Office Professional 2013 will work out at roughly the same price as Office 365 Personal. You’ll have just paid it all out up front. The cheaper versions of Office 2013 will always be cheaper, if you can keep them running for a few years. And if you have only PC on which you intend to work, so much the better. Microsoft has clearly attempted to make Office 365 the better deal, as it wants to get people into the subscription model. Incremental, ongoing revenue is always better than having to support customers years after you have banked their money. (See also: 10 ways to give better presentations using PowerPoint.)

But which works out as best value for you will depend on your requirements, and that comes down to what programs you get. On which…

Again, the basic message is that Office 365 is the better deal. With both packages you get all available software: Word, Excel, PowerPoint, OneNote, Outlook, Publisher and Access. To get the same programs in Office 2013 you need to purchase Office Professional 2013.

Again, we would caution only that you don’t confuse additional functionality with additional value. It is likely that the full feature set is good for you, but if you will never use Access or Publisher, it isn’t offering you greater value.

Stop me if this is getting repetitive, but on the face of it Office 365 offers much better value. With that plan you can use your Office package om up to five PCs or laptops, tablets and smartphones. Office 2013 is locked to an individual PC or laptop. If you wish to use Office on all of your connected devices, Office 365 is where it is at.

People often misunderstand the nature of Office 365, thinking that its cloud-based nature means you cannot save or access Office documents when you are offline. It’s just not true. All available Office packages can be used offline, and create documents that can be stored offline.

And then there is online storage, at which Office 365 once again kicks butt. Office 365 packages come with 1TB of online storage. The only difference is that Office 365 Home’s storage can be shared by up to five users. That of Office 365 Personal can be accessed only by one user.

All Office 2013 packages are bundled with only 15GB of online storage. It is worth pointing out this is a lot of Word docs. But clearly Office 365 is the better supported program.

Office 365 is continually supported. Microsoft offers technical support via chat or phone at no extra charge. Needless to say this is not available for Office 2013 purchasers.

Similarly, Microsoft promises that as long as you continue to pay your subscription, it will continue to upgrade your package to the latest versions of Office 365. With Office 2013 you are stuck with what you bought, unless you choose to upgrade.

Office 365 also comes with 60 minutes a month of free international calls via Skype. Office 2013 doesn’t. No surprises there.