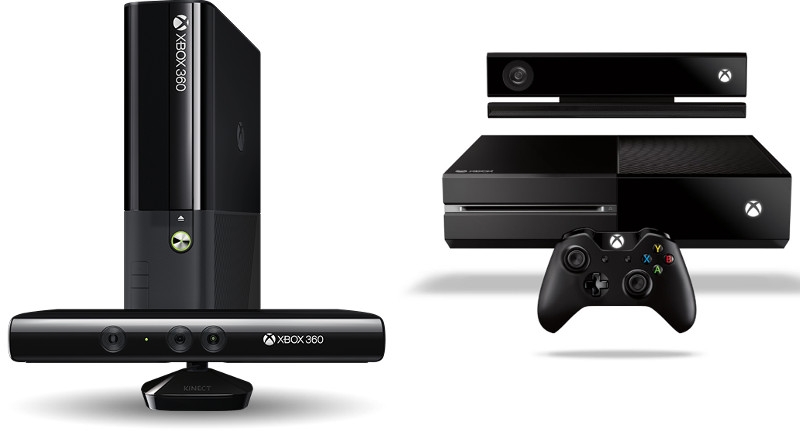 If you want the best then there is no contest: the Xbox One S is faster and more powerful than its older brother. But if you’re more of a casual gamer that isn’t fussed about playing the latest games, the Xbox 360 is worth considering.

If you’re laughing at the very idea of comparing the Xbox One S with the Xbox 360, you should think again. Although the current-gen Xbox is a superior product, it’s also more expensive. And the Xbox 360 is considered by many to be the best games console in history – and for casual gamers, that may well be enough.

In this article, we examine how the Xbox 360 stacks up today as a gaming and entertainment device, and we ask whether for you personally, it may still be a better deal than the Xbox One S.

More than a decade after its launch Microsoft has  ended support for the Xbox 360, which you might like to keep in mind when reading our comparison of the two consoles below. You can still buy the Xbox 360 today as shops sell the last of their stock, but no new consoles are being made.

How much do they cost in the UK?

You can pick up a 250GB Xbox 360 on Amazon for around £70 via marketplace. At that price it remains a good deal: perhaps not for everyone, but don’t be fooled into thinking that the Xbox One is the only Microsoft console worth buying.

The 500GB Xbox One S, meanwhile, costs around £229.99 from the  Microsoft Store, but other retails often offer bundles with single games for the same price.

With both consoles, there’s a hidden cost: the annual fee for the subscription service required for online play. An Xbox Live Gold membership costs £40 per year or £5.99 per month.

With the Xbox One S, Microsoft has fixed the reliability issues that plagued the early Xbox 360 consoles, but it is worth pointing out that any Xbox 360 you buy as new these days will also be unlikely to suffer from issues.

The Xbox One S is based on the same AMD Jaguar processor technology found in its Temash and Kabini APUs. It has eight CPU cores, running at 1.75Ghz. The GPU is derived from the Bonaire architecture found in the Radeon HD 7790, and has 12 GCN compute units to play with, and runs at 914MHz.

It can also call on 8GB of 2133MHz DDR3 RAM. This uses a 32MB ESRAM cache to keep data flowing smoothly. All of this gives the Xbox One the gaming power of a mid-range gaming PC.

Turning to the Xbox 360 we find a custom-designed triple-core 64-bit PowerPC-based CPU, known as ‘Xenon’ by Microsoft. The Xbox 360’s GPU is an ATI Xenos chip, and you get only 512MB GDDR3 RAM clocked at 700MHz. This relatively paltry amount of memory is shared by the CPU and the GPU via the unified memory architecture.

Clearly, this hardware bears no comparison with the Xbox One’s, and as time goes by this is likely to make gaming a less satisfying experience on the Xbox 360. In fact, recent titles like Call of Duty: Black Ops 4 and Battlefield V have dropped support for the older console entirely, and most other developers have followed suit. You get what you pay for, after all. 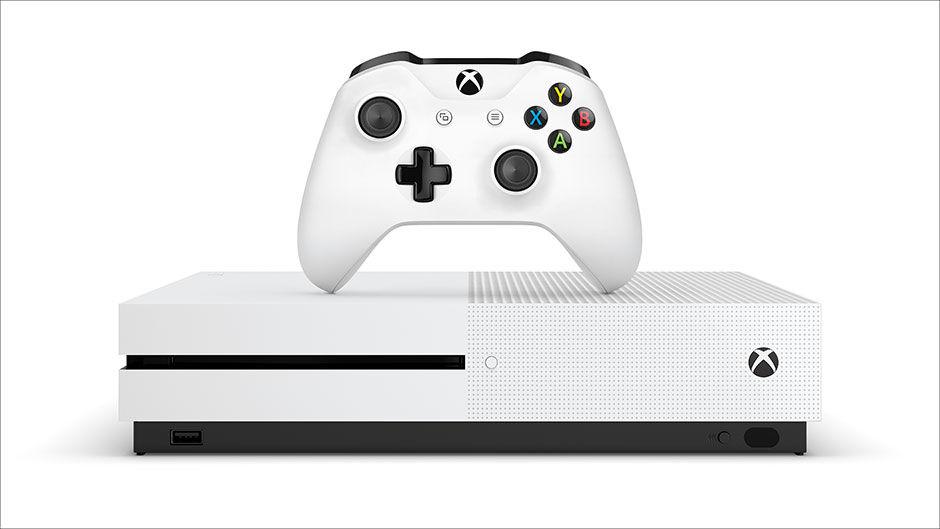 Back to the Xbox One S, you’ll find a bewildering array of ports, with three USB ports, Ethernet, an optical output and two HDMI sockets. One of these is an output for your TV, but the other is designed to take a signal from your Freeview/Freesat PVR or Virgin/Sky set-top-box. This sends the TV signal through your Xbox One, and allows you to choose programmes using the console’s OneGuide.

The Xbox 360 cannot compete on connectivity terms. There is a detachable and upgradeable hard drive, and a 12x dual-layer DVD-ROM drive. Three USB 2.0 ports and two memory unit slots round out the wired connectivity, and a Wi-Fi connector is available as a paid upgrade.

In terms of power, performance, and connectivity, the Xbox One S is a clear winner. But that doesn’t mean that the Xbox 360 isn’t fit for purpose: just that you have to think about exactly what you want from your console, and how much you are prepared to pay for the privilege, to figure out if a current-gen console is right for you.

The Xbox One S’s second-generation Kinect camera is a big improvement on the first, with more accurate motion tracking that works better across a range of lighting conditions, and it can also track your body in more detail, even down to the individual finger joints.

Despite that, interest in Kinect seems to have waned, and there aren’t many titles that use it. It has dwindled so much that Microsoft has confirmed that it’ll no longer be manufacturing the camera, and support for it has dried up.

Aside from games, the main reason for having it is voice controls, used in some games, and also within the main interface to launch games and apps or search for content. It makes the Xbox One S’s entertainment features much easier to use, but if you mostly want to play games, then spending the extra on a Kinect/console bundle doesn’t make a lot of sense. 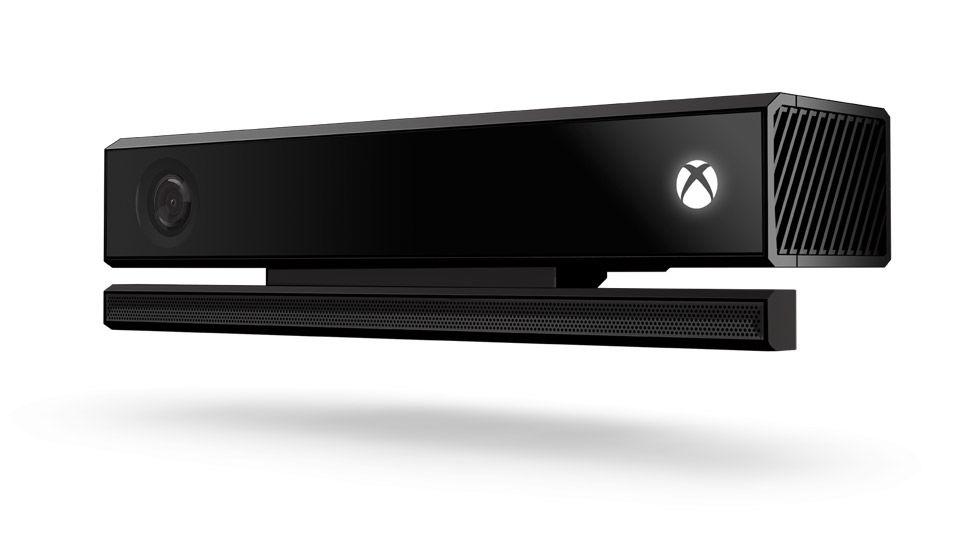 You can use the Kinect camera with the Xbox 360, but it is an additional cost for an extra device. The last variant of the Xbox 360 comes with a dedicated port for the Kinect Sensor, but a quick scout around the internet suggests that it will set you back at least £100.

At this stage, you’d have to question whether an Xbox 360 plus Kinect Sensor makes a good deal. If you want Kinect, I’d argue that the Xbox One S is a better investment, but the Xbox 360 works fine without one. It’s a well-priced lower-spec gaming device, after all.

While it didn’t offer backwards compatibility when it first launched, the Xbox One S now lets you play games from the older console – though not all of them are compatible.

Microsoft offers a list of backwards compatible titles on its website, and is continuing to add to it. So far over 450 Xbox 360 games are playable on the Xbox One, but that’s compared to a full library of over 1,000 titles – so there are still a lot of games you can’t play on the more modern console, though most of the biggest, most popular titles are available.

For many, this could be a deciding factor. If most of the 360 games you care about are playable on the Xbox One S, you should probably grab that console and get the best of both the worlds. But if there are some major older games you want to play that won’t run on the new machine, buying a 360 might be the only way to get your hands on them.

The main reason to buy the latest console is to play its exclusive games. And here the Xbox One S has a number of fantastic titles including Forza Horizon 4, State of Decay 2 and Sea of Thieves, just to name a few.

Those aside, the best games on the Xbox One S have mostly come from third parties, with Assassin’s Creed: Odyssey, PUBG, Call of Duty: Black Ops 4 and more, all pushing graphical boundaries. 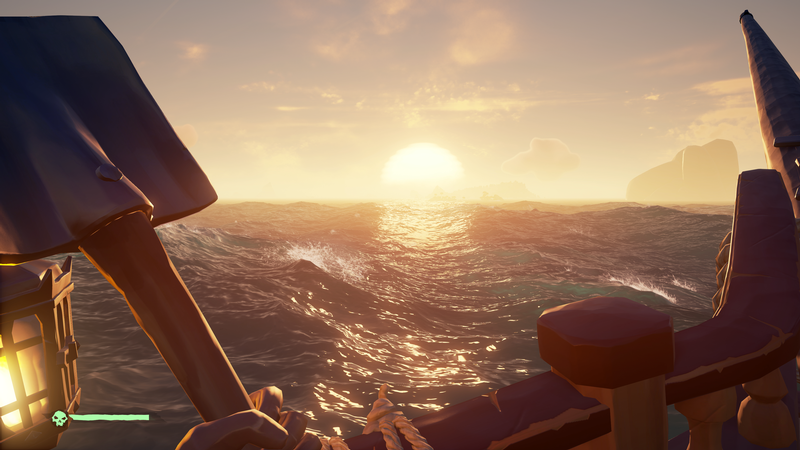 And yet the fact remains that the Xbox 360 retains a vast library of excellent games, albeit without the bells and whistles of the very latest titles. Again: if you can get over the fact that the Xbox 360 isn’t the latest and best, it is still an excellent purchase. But if you are serious about playing the latest games in the best format, you need the upgrade.

Microsoft originally sold the Xbox One as the ultimate all-in-one entertainment system, pushing how voice controls and integrated TV would put it right at the heart of the living room. It still has arguably the best set of entertainment features of any console, with apps for all the major catch-up TV services bar ITV Player, plus all the major video-streaming services, including Amazon Instant Video, YouTube Netflix, Blinkbox and Now TV.

The Xbox One S also has a 4K Blu-ray drive and playback app, and DLNA media streaming both through the console’s own Media Player and an app for Plesk. Throw in Microsoft’s own music and video services and its TV features, and it’s the best console for those who want to do more with their console than play games.

In terms of content, the Xbox 360 can happily compete. You can watch all the great content on Xbox Movies, of course, and also Netflix (with a subscription), Amazon Instant Video and YouTube. Plus the catchup apps. The Xbox 360 offers that DVD-ROM drive, too.

But you can’t use it as your central home hub in quite the same way as you can the Xbox One S. It is more of an additional entertainment source. And remember that you need an additional device to connect wirelessly to the web.

If you want the best then there is no contest: the Xbox One S is faster and more powerful than its older brother. And it offers greater home-entertainment, connectivity and interface features. But if you want to save a few quid – or have some specific older games you want to play – the Xbox 360 is still worth considering.