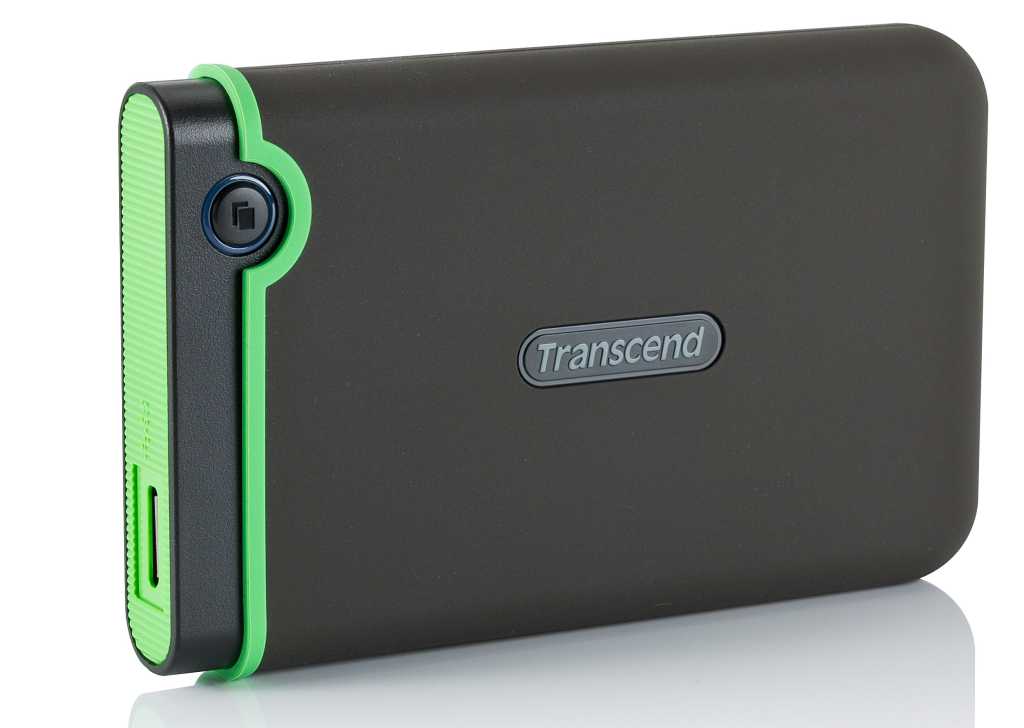 At less than £85 the Transcend StoreJet 25M3 is very good value for money, costing just 4.15p per gigabyte for a decently resilient portable drive. It’s well made and should serve splendidly as a highly capacious data store. 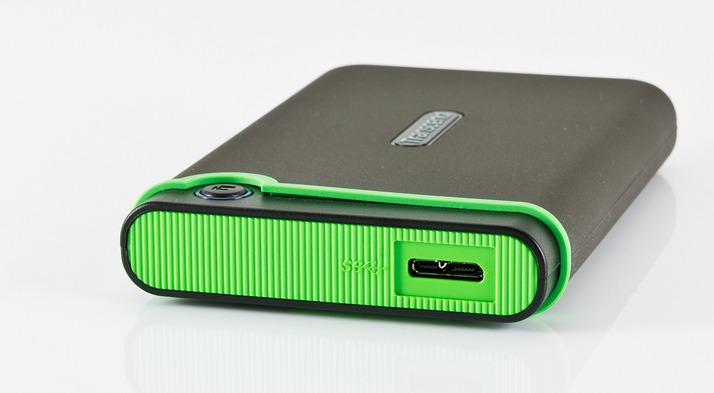 Transcend is a Taiwan-based supplier of memory and storage products, with SSD, CompactFlash and SD cards and computer memory in its extensive portfolio.

The StoreJet 25M3 is a portable hard drive built to be more resistant to shock than most such products. It’s aided by a tough rubberised jacket and internal damper frame. Available in three capacities – 500 GB, 1 TB and a generous 2 TB – we tested the latter largest model.

This drive has a dark-grey silicone jacket that Transcend calls Iron Gray, with a bright green end cap and green trim line.

An unusual addition to this drive is the One Touch Auto-Backup Button, a blue-ringed push button on the end cap that’s designed to simplify the backing up of data to the drive. To work, it requires you to first install the included Transcend Elite software, which can undertake various tasks such as on-demand and scheduled backups. See also: best portable hard drives 2015 UK.

To use the One-Touch feature, after first installing the software on your PC you must create your own backup task; for example, to duplicate the contents of your Documents and Pictures libraries to a folder you’ve created on the drive.

The next step is not clear, especially since there are no instructions included with the unit nor available to download. You must enable the One Touch Button feature on the task you created, by clicking a near-invisible circular grey icon under a column headed OTB. This symbol will then turn orange.

Next time you need to make a backup you connect the drive to your PC first, then launch the software, then press the button – and it takes care of the rest. Note that you cannot run the Transcend software without a StoreJet drive connected. 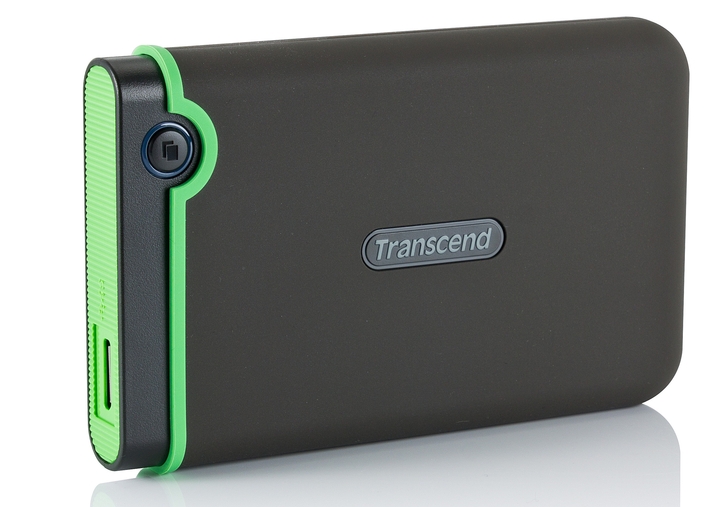 Other features available from the Transcend Elite software include Bookmark Sync, which will copy your web browser bookmarks to the drive; Cloud, which enables copying to a Google Drive online server; and Crypto, to encrypt and decrypt chosen files and folders.

The unit has been given a ruggedness rating by its maker of MIL-STD-810F 516.5-Transit Drop Test. Given its tough jacket it’s more forgivable that no case is included.

The 2.5-inch SATA hard disk inside the StoreJet proved to be quite the fast performer.

In headline sequential speed tests of the near-empty disk, it could read and write at more than 135 MB/s, which exceeds the 100-110 MB/s we usually find with 5400 rpm drives.

Small-file transfer performance is also important, and here the StoreJet 25M3 averaged 50 MB/s reads and writes, testing with 512 kB files. Tested with 4 kB random IO, its speed dropped to around 0.50 MB/s for reads and writes, although that’s not unusual for notebook hard disks.

In use, the drive remained nearly silent, benefiting from its the shock-damping frame and silicone rubber outer jacket. See our group test: What’s the best SSD?