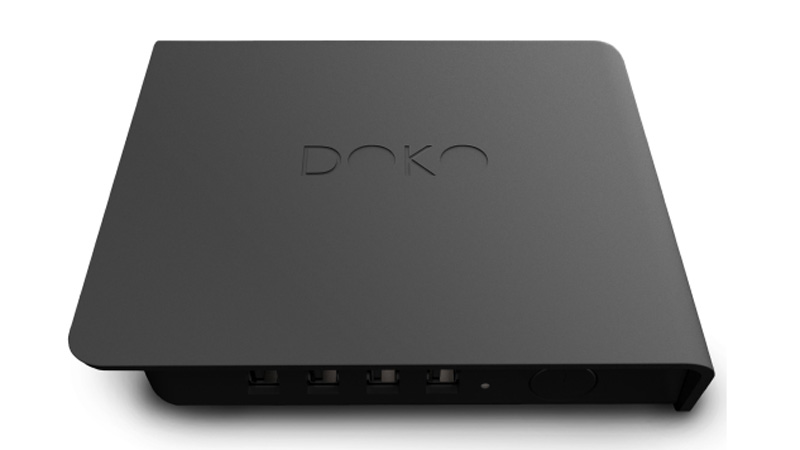 It isn’t perfect, but if you want to stream PC games to your TV the NZXT Doko does a good job for sensible money.

Plenty of people, including us avid gamers at Tech Advisor, got pretty excited when Steam boxes were announced. At last, we’d be able to hook up an unobtrusive PC to our TVs and play games from the comfort of our sofas, console style. Trouble is, they were basically just expensive miniature PCs, and you still needed your main PC to run the game. Fortunately, NZXT has come up with a better solution: the Doko.

It’s an unassuming little black box with four USB ports on the front. It runs silently and sits almost unnoticed among your set-top boxes beneath your TV. But what it can do is quite amazing, especially considering the price. Basically it does everything your PC does, which means you can listen to music from Spotify, watch Netflix or iPlayer, or fire up your favourite game and shoot people (or race cars).

Once you’ve hooked up the power supply, an HDMI cable to your TV and the network cable to your router at the rear, you need only attach the peripherals you want to use to the USB ports at the front: keyboards, mice and game controllers are all on the menu. NZXT has a list of compatible devices on its website, but we found that everything we tried worked fine, from Logitech to Saitek and Genius keyboards and mice. Currently, webcams and headsets aren’t supported, so chatting with friends while gaming or via Skype isn’t possible with Doko.

On your PC, it’s a simple case of downloading the Doko software and running it. After accepting the new firewall rule which pops up, the software instantly found the Doko box on the same network and on the TV, the Doko interface displayed the PC’s name and a video-like play button.

Using the mouse connected to the Doko box, you can click it and you’ll see your PC’s desktop. There are precious few options – one being to mute the audio at the PC end – so it’s very nearly plug and play.

Once you have your desktop running on your TV or other HDMI display, you can use it as normal. Audio is routed via HDMI along with video, so aside from an ergonomic desk to sit at, the experience is like having your PC attached directly to the TV.

Even then, we did see a bit of stuttering and dropped frames when streaming HD video, and the eagle-eyed will notice a very slight reduction in image quality. However, we found the latency ok for single-player games.

The Doko’s own interface needs some polishing as buttons can get lost in the wallpaper, but you shouldn’t need to use it after the first-time setup. The Doko software didn’t always find the box, either, telling us to check the network connections, despite the built-in troubleshooting utility reporting a successful network test.

When the connection is established, however, we saw no reliability problems and no dropouts, which is exactly how it should be. The Doko should be transparent: you should quickly forget it’s there.

The best part is the price. At £99 it’s considerably cheaper than a Steam box and unless you demand more than 30fps at full HD, you should be happy with the video and audio quality it delivers. If you don’t want to play games, there are plenty of software utilities that let you remotely connect to your PC, but you’ll still need another device such as a laptop or tablet, to run that software or app. And if you want to use your TV as the display, you’ll need a way to connect that laptop or tablet to it.

For those looking for a way to stream HD video from their PC to a TV, a media streamer is likely to be a cheaper option (such as Roku’s range or the Western Digital WD TV).

The Doko is very much a niche product, but it does a good job of solving the very specific problem of playing PC games on your TV without needing the PC to be physically there in the room.