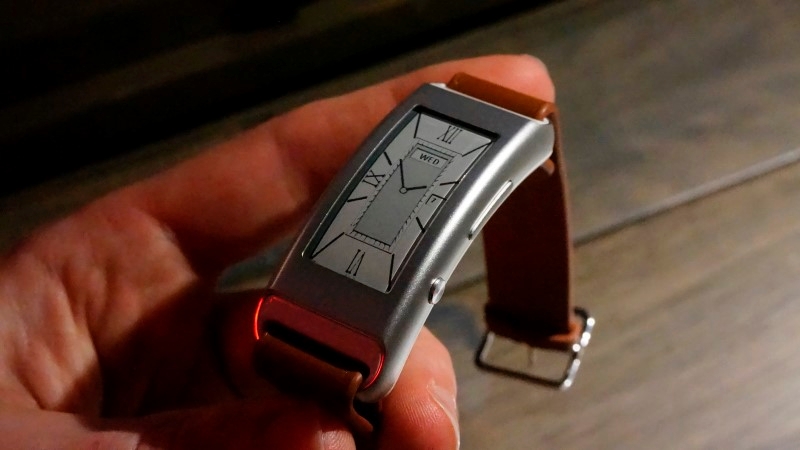 The Lenovo Vibe Band VB10 might be plastic and a bit sluggish but it is very affordable and combines activity tracking and smartwatch features. We’re eager to test it out fully.

At this year’s CES, Lenovo announced various laptops and PCs as you would expect but its new wearable really caught our eye. Here’s our hands-on review of the Lenovo Vibe Band VB10. See also: The 15 Best Activity Trackers 2015: The best fitness trackers you can buy in the UK right now.

It seems to matter not what type of company you are anymore, everyone wants a slice of the ever expanding wearable market. Lenovo may own Motorola which has produced the excellent Moto 360 smartwatch, but the Vibe Band VB10 is here and is quite different.

One of the things to point out straight away is that the Vibe Band will cost just $89 making it far more affordable than any Android Wear smartwatch. It is a contrasting product, though, with a focus on activity tracking plus a few smartwatch type features. We’ve no UK price or release date information yet but we’ll be keeping an eye out – Lenovo says it will begin to be available in April.

That price comes through with the use of plastic made to look like metal around the screen and the device is not the most ergonomic we’ve tried, not by a long shot. We were a little surprised to discover it has an IPX7 waterproof rating. Read: 12 best smartwatches 2015 UK.

Lenovo has fitted the Vibe Band VB10 with a tall 1.43in e-ink screen (128 x 296) making it a rival of the Sony SmartBand Talk which we reviewed recently – which is a fair bit pricier at £130. The regular model looks very similar but it will also come in a version which normal straps can be attached to.

Since the e-ink screen requires little power, the Vibe Band VB10 can last up to a week on a single charge according to Lenovo. It charges via microUSB which is under a flap on the side. While Sony’s device is limited to Android compatibility, Lenovo also offers iOS which will make for broader appeal.

Like pretty much any wearable, the Vibe Band VB10 will track your activity such as the amount of steps you’ve taken and calories burned. It will also measure distance and your sleep, although tied to a stand at CES 2015 we haven’t taken it out and about or to bed to test the functions properly.

We mentioned that the Vibe Band VB10 has a few smartwatch-like features so when connected to a companion device it will give you notifications. However, this seems to be limited to calls, texts, Facebook, Twitter and WeChat. Lenovo says more but it’s unclear whether it supports all push notifications.

Navigation is done with the three buttons on the side and the Vibe Band VB10 is quite sluggish when cycling through the screens. Hopefully this will be improved by the time it launches. It a very simply interface and there are a few different clock faces to choose from.