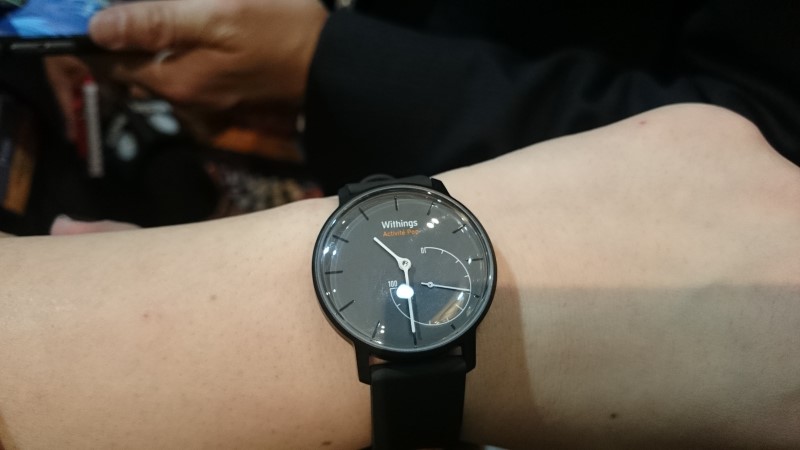 With the Withings Activité at £320 the Pop version is a more affordable version with the same look and feel making for an attractive watch and activity tracker in one.

Following on from the stylish Activité, Withings has announced the cheaper and more colourful Activité Pop activity tracking watch at CES 2015. See also: The 15 Best Activity Trackers 2015: The best fitness trackers you can buy in the UK right now.

Not everyone wants a tech packed watch with a huge screen and Withings is one firm which has avoided going down this route with its wearables. The Activité is one of the best looking on the market but is high end. Luckily the Activité Pop is a version which will be more accessible at £119 and will be available later this month. That’s a lot cheaper than the £320 model.

The Pop looks similar to its premium counterpart but uses a lightweight silicon strap and a PVD coated watchcase. It comes in three different colours: Azure, Shark Grey and Sand with more wrist straps to come.

Unlike a smartwatch with a screen, the Activité Pop simply shows you the time with traditional analogue hands but also has a second dial to show you your daily activity progress – the target being 10,000 steps. When you achive the goal the watch will vibrate to notify you. It will automatically detect and track swimming, running and your sleep if you wear it in bed.

The watch also syncs with the free Withings Health Mate app which provides more features such as data insights and leader boards. The Activité Pop will be compatible with iOS only to start with Android support coming later.

A neat feature is the ability to automatically change time zone or for clock changes – which we can imagine will be a bit strange to witness for an analogue watch. If you don’t like the idea of charging a watch everynight along with your other devices then there’s good news here. The Activité Pop will last up to eight months on a standard watch battery.

It might be more expensive than most activity trackers but putting it into a stylish watch is exactly what we want from a device like this. Just don’t confuse it with a smartwatch.