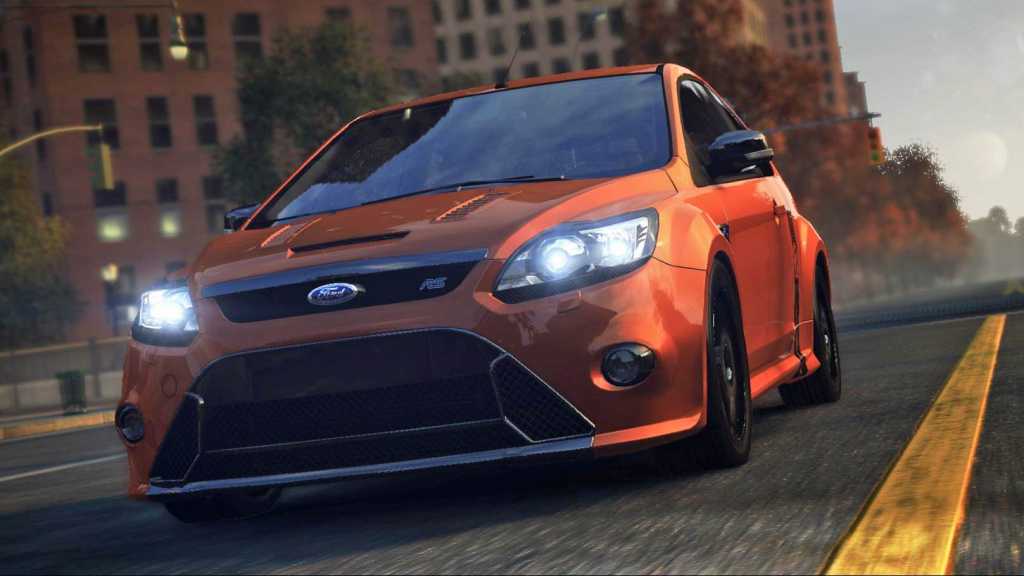 Ultimately, The Crew is much like the Fast and Furious movies. You don’t watch them for their brilliant plot lines or engaging acting: you sit back and enjoy the action. The Crew may lack finesse because it tries to do too much, but there’s just enough here to keep you coming back for more.

Right now, there’s quite of choice of new driving games. There’s DriveClub on the PS4, Forza Horizon 2 on the Xbox One and The Crew on both… as well as the PC version we tested. Here’s our The Crew review.

Note: Ubisoft has announced the sequel. Read all about The Crew 2, which is scheduled to come out in early 2018.

The Crew is a massively multiplayer racer which means it’s best played online – it can’t really be played offline. The undoubted highlight is Ubisoft’s scaled-down map of the United States which offers a huge and varied open world to drive around with practically no restrictions. (See also: Grid Autosport review)

The game promises a lot, calling itself a ‘next-gen driving game’, but while there are moments of brilliance and gratification, there are arguably too many failings to make The Crew great overall. Don’t get us wrong: there’s a lot of fun to be had and the driving style will appeal to many, but it’s not quite up there with the best.

Confusion begins right from the start while you watch the gorgeous cutscene that introduces the game. You play the brother of a street racer murdered by a corrupt cop. Arrested for the crime yourself – and hell bent on revenge – you agree to be a CI for the FBI, posing as a street racer and working your way up the ranks of the 5-10 gang which has factions all over the US.

The premise, as with most story-based driving games, just about holds together: in the main, you must win races against the local 5-10s in order to rise through the ranks to get to the boss. Where the game falls down is in trying to do too much. Because the Crew borrows from just about every other racer (including Need for Speed, Burnout and even GTA) it feels a bit like all of them, but not always in a good way.

In some races you have to escape from the cops or goons, Need for Speed style, and in others you have to ‘take down’ opponents by ramming them. There are point-to-point as well as circuit races. The problem is that The Crew’s AI, physics and game mechanics are all rather suspect.

The cops (and goons) have wildly overpowered cars which are able to easily keep up no matter what you’re driving. Then, you’ll retry the escape only for them to somehow lose track of you when you’re right in front of them, so there’s no sense of achievement. It’s similar in takedowns, in which it’s virtually impossible to catch your enemy, but once you do, it can be ridiculously easy to disable them.

Some races are challenging because you have to win, but it’s easier to do so by upgrading your car’s performance or enlisting the help of up to three other players – your ‘crew’. These can be friends, or just random players who answer your request for a co-op race. If someone else can win, you reap the rewards too. There’s less of an incentive to help out players on a much lower level than you since you’ll win parts (as below) which would make your car slower. You’ll only get the cash alternative if you’ve already won the part before, but it’s so minimal, it’s not worth it.

Winning mission races earns you plenty of XP and some cash so you can upgrade your cars. You’ll get a warning if the race will be ‘hard’ or impossible with your current car, so it’s worth waiting until your car is better than the competition if you want an easier time. Mission races alone won’t level your car (and you) up enough, so you’ll have to grind through some of the ‘race while you drive’ events which appear on the road and involve various skills such as slalom, staying on the racing line and jumping the farthest distance.

However, you’ll earn the most cash by entering public PvP races where you can race for yourself or your faction. To begin with the PvP lobbies were worryingly empty and there were lengthy waits to find a match. Now, though, you can almost always join in within a minute or two. While you wait, you can continue playing the game, so you’ll barely notice the wait. Even if you come last in the race you’ll be showered with XP and cash, but only by winning races and accruing points can you choose which which event to race, and the type of car used.

PvP races are addictive and are one of the ways to earn enough cash to buy the most expensive cars in the game. If you prefer, you can buy credits from the Uplay store, along with a season pass that offers other benefits such as free cars.

The selection of cars on offer is pretty good but by no means extensive. The good news is that you can customise them to your liking with decals, spoilers, alloys, body kits and even the colour of the interior leather stitching. A load of effort has been put into the demo mode where you can inspect every last detail of the exterior and interior, which is very reminiscent of Test Drive Unlimited, but seemingly little has been devoted to the cars’ handling models, or indeed into high-res textures.

Even running the game on Ultra settings, the graphics look dated and grainy. It’s partly saved by the varied landscape and convincing weather effects, but it certainly doesn’t live up to its ‘next-gen’ branding – on the PC at least. It’s good to find an in-car camera view although this can be a bit nauseating with the ‘auto-look’ mode where you look out of the side windows while cornering.

Returning to our gripe about the physics model: it’s arcade-like rather than a simulation (not that The Crew pretends to be a sim – it doesn’t). It’s just a shame that none of the modes you can choose improve that handling where all cars feel just that bit too light, too sluggish at cornering and, put simply, not rewarding enough.

There are six types of cars: stock, street, performance, dirt, raid and circuit. You buy a ‘fullstock’ car and then it gets cloned into a new vehicle when you buy a street, perf, dirt, raid or circuit ‘kit’ for it, but not all cars support all kit types. You’ll have to play for hours before even perf or raid are unlocked (Circuit doesn’t unlock until level 40!). You need to be in it for the long haul to get the most from The Crew.

Once you get the hang of it, all car types are quite fun to drive. Cars even sound good, but you have to wait until you get your first ‘perf’ car to hear the whistle and wastegate chatter of a turbo on, say, the Focus RS. Once again, though, it’s jarring that effort has gone into such aural and visual details, including the ‘working’ boost gauges in cars, yet when you watch the pre-race cut scenes, front-wheel-drive cars spin their rear wheels and four-, five- or six-pot models gain V8 engines.

As we already said, The Crew is baffling in both its scale and occasionally bizarre missions. Some missions seem superfluous, forcing you to drive as fast as possible from point to point to fulfil some inane plot point. And there are times when those races end and you simply drive off, completely forgetting why you rushed to get there in the first place.

It’s the PvP racing and vast, detailed world which will keep you coming back to The Crew. You’ll end up driving from Dallas to Las Vegas just because you can, or jumping to different regions just for a change of scenery. There’s loads to explore, hidden car parts to find and the option to form a crew with friends to drive or race together.