If you’re looking for the thinnest and lightest smartphone possible then look no further than the Kazam Tornado 348. However, the design of this phone has a negative effect elsewhere and the phone falls down compared to rivals in terms of hardware and performance. The lack of expandable storage and 4G are stand out omissions. The Honor 6 outclasses it at the same price and the Nexus 5 is still a great deal for even less money.

You might not have heard of Kazam but the firm has produced the thinnest smartphone in the world. Here’s our Kazam Tornado 348 review. Also see: Best smartphones and Best Android phones.

We don’t blame you if you’ve never heard of Kazam – there are plenty of new smartphone brands popping up aiming to bag your custom. Well this particular one was founded in 2013 by two former former HTC execs and aims to ‘question the European mobile industry’.

You would be forgiven for thinking you’d have to pay through the nose to own the thinnest smartphone in the world but you’d be wrong. Kazam is offering the Tornado 348 for the slightly staggering price of £249 SIM-free.

It’s that slightly odd mid-range price bracket and means it costs the same as the Honor 6 which we were recently impressed by. There’s little else around this price in terms of rivals with most mini versions of flagship smartphones falling in the £300-400 bracket. However, is it worth pointing out that the still decent Nexus 5 which launched at £299, is now available for around £239. You should also consider the OnePlus One.

Even though the Nexus 5 is a cheaper, the Kazam Tornado 348 is excellent value for money.

At 5.15mm, the Kazam Tornado 348 is taking on the big guns of the smartphone world including Apple, Samsung, Sony and Huawei. The device is thinner than the iPhone 6, Galaxy Alpha, Xperia Z Ultra and Ascend P6 which are 6.9, 6.7, 6.5 and 6.18mm respectively. Not only is thinner, but by a full millimeter which is an impressive achievement.

That’s what Kazam says anyway and although it still beat the rest, our precise calipers measured the phone at 5.3 mm.

In the words of the UK-based firm, the handset is a ‘marvel of mobile engineering’ which employs an aluminium-magnesium alloy uni-body and a Gorilla Glass screen. It has obvious similarities with the iPhone and people will probably wonder how you’ve ported Android onto one but this is an attention drawing design in a good way.

Our white review sample looks rather stylish with gold trim (it comes in black, too) and not only is the smartphone stunningly thin, it’s as light as a feather at just 96 g (98 g by our scales). We rarely see smartphones weigh in at under 100 g and if you’re looking for the thinnest and lightest smartphone around, then your search has come to an end.

Although low numbers in this area sound great they do have a down side, the phone is so thin it’s not quite as ergonomic as others and is so light that you often get that panicky feeling that it’s not in your pocket when it is. The other thing to bear in mind is that because there is glass front and back, the Tornado 348 is a slippery customer.

Despite its slender profile, the phone feels pretty rigid and to avoid any fears, Kazam will offers a free screen replacement service the first time it happens. It also comes with two year warranty as standard and a screen protector and silicone case are included in the box.

While we agree that this is quite the engineering feat, is thinness everything or does there need to be more to a phone to make it great?

So the Tornado 348 is a great price and has a sleek design but what does it offer on the hardware front?

For starters is a 4.8 in screen which is quite small considering today’s market – the vast majority of Android smartphones are 5 in or larger now. The size is no bad thing though and 4.5 in is perfectly good for most tasks and is easier to use one-handed compared to bigger phones. Kazam doesn’t use on-screen buttons so there’s more space for content on the display.

It’s a slight shame to see a 720p resolution as both the Honor 6 and Nexus 5 use a more impressive Full HD. We’re not saying it looks bad, the AMOLED screen has good viewing angles, colours and brightness but there is better available at the same price point.

Inside the svelte frame of the Kazam Tornado 348 are a 1.7 GHz octa-core MediaTek MT6592 processor and 1 GB of RAM.

As you can see from the benchmark results above, the Tornado 348 doesn’t quite blow the competition away. The harder Manhattan test in GFXBench was unavailable on the device. In fact, the year-old Nexus 5 has better numbers. While these tests are synthetic and don’t always reflect what a phone is like to use, we have found it a little bit slower than its rivals.

It’s not a massive amount and the device is by no means frustrating but there is occasional lag. Opening the camera app takes a few seconds and web browsing isn’t particularly responsive. Also the animation when you stretch the end of a menu is horribly jerky.

There’s just one model of the Tornado 348 and it comes with 16 GB of internal storage which is typical for a smartphone. The firm has decided not to offer expandable storage which is a shame. The Nexus 5 doesn’t have a microSD card slot but the Honor 6 does so keep this in mind if it’s important to you.

Another area where the Kazam falls down compared to the competition is wireless as the phone is limited to single-band 802.11b/g/n Wi-Fi, Bluetooth 4.0 and GPS. There’s no 4G LTE support, no NFC and no other extras like wireless charging or an IR blaster.

Wireless charging might be a luxury at this price and because the phone is so thin, Kazam has only managed to squeeze in a 2050 mAh battery which about a third smaller in capacity than a typical smartphone battery. We’ve just about managed to conjure two days of use from the Tornado 348 but only with light usage so on average the device will last a single day.

Things pick up somewhat when it comes to photography as the Kazam Tornado 348 has a pair of decent cameras. At the rear in an 8 Mp sensor with auto focus and an LED flash. It isn’t loaded with modes like some phones but offers HDR, panorama and various capture methods including smile shot. Video can be shot in up to 1080p at 30fps. 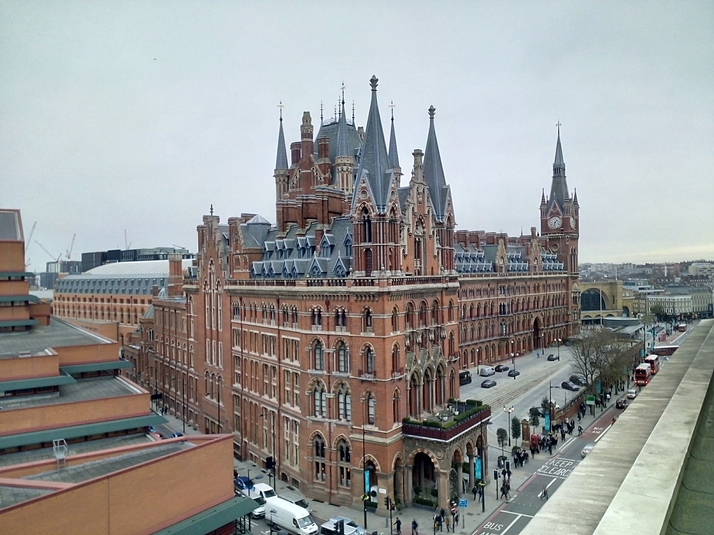 High resolution front-facing cameras on smartphones are becoming the norm and the Tornado 348 has 5 Mp with which to capture your mug shot for the world to see online. This camera doesn’t offer HDR but the quality is very good.

On the software front, Kazam has loaded the Tornado 348 with Android 4.4.2 KitKat and in general, the interface is largely stock Android meaning the firm hasn’t messed around with how Google designed it to be.

This is a good thing if you ask us and we like the comprehensive settings section of the drop down notification bar. Although the interface is easy to use we do have a few quibbles.

As we mentioned earlier, Kazam has opted for off-screen buttons instead of the now standard on-screen and while they light up, they’re not very bright at all. This is not completely unusual and even Samsung goes down this route. While it leaves more room on the screen, it makes the buttons slightly harder to reach and in this case, there is a menu button instead of the more up to date recent apps.

This means you have to long-press the menu button for recent apps and long-press the home button to access Google Now as you can’t swipe up from the bottom. It’s not the end of the world and is fine for an experienced user who can figure it out but not for a beginner.

Despite having KitKat, many things on the phone have older icons and although Photos and Hangouts are installed, the dated Gallery and Messaging apps are the default. It’s also odd to see a Google search bar at the top of each of the five homescreen panels.

The situation is a little odd then, but Kazam has held back on pre-installing apps apart from a handful such as a torch, sound recorder and its rescue service for technical support. The issues we have minus the off-screen buttons can be address by the user if necessary.