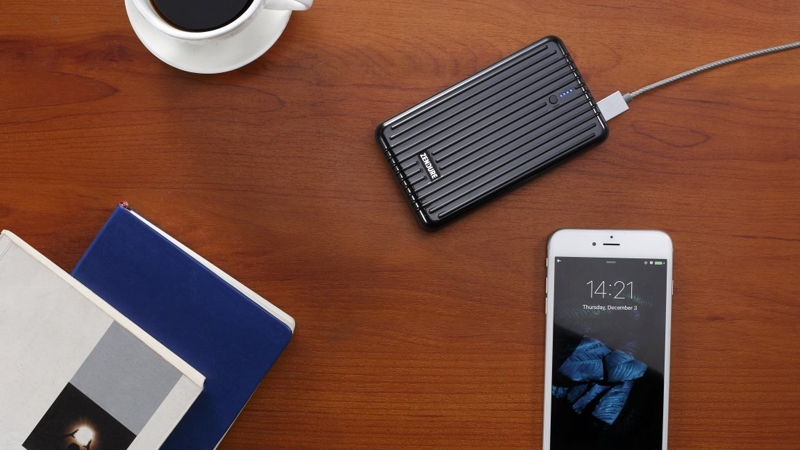 Zendure’s A2 is a brilliant power bank, winner of our Gold award and currently at number one in our best power banks chart. With an extra USB output, smarter power management and larger capacity, this should be a better device, although we’d rather those additions didn’t entail the loss of fast charging (with two devices connected) and the extra weight and bulk. Still a very good deal, even at £47, this is the Zendure for those with multiple devices to charge or longer journeys to take.

Zendure’s A5  power bank is big brother to the best power bank on the market, the  Zendure A2. It’s bigger and it’s better – and even more so in its second-generation – but a little more expensive and a tad less portable. The A2 hits the perfect middle ground, but if you’re going on a longer trip or have both a  smartphone and  tablet to charge you’ll find this power bank better suited to your needs. Also see:  Best power banks 2018.

Zendure has once again refreshed its second-generation A-series – for the fourth time (but still in its second-generation). Originally a 15,000mAh power bank, Zendure first upgraded the capacity to 16,000mAh, then again to 16,750mAh, and now it’s added a black colour option. And if you thought the silver A5 looked good, you’ve seen nothing yet. The black Zendure A5 is not only one of the best power banks you can buy in terms of its features, but also in its design.

Given the extra capacity and, as we’ll come to later, extra USB output, the Zendure A5 is understandably more expensive than its little brother. You can buy the Zendure A5 in black or silver from Amazon UK for £47.21. That’s actually reasonably expensive for a power bank of this capacity, but you certainly get what you pay for.

For an extra £25, you get everything the A2 offers but with 2.5 times the capacity – with 80 percent efficiency that’s roughly 13,400mAh usable, and enough to last you several days away from the mains – plus an additional USB output.

Whereas before you’d get one 5W- and one 10.5W USB output, in its second-generation both the A5’s outputs are rated at 10.5W. The total output is still 2.1A (10.5W), which means with two devices you’ll get slower charging (around 5W), but with two 10.5W outputs on offer you don’t need to worry about which one you use to plug in your tablet.

Also new here is Zen+ power-management technology. Rather than a straight 5W/5W split between the two USB outputs, the Zendure can cleverly recognise the devices attached and supply an optimum amount of power for charging them.

The main trade-offs are in the Zendure A5’s larger, heavier (but still portable) design, and in its price. However, it’s worth pointing out that while this power bank is more than twice the price of, for example, the £22 similar-capacity RP-PB13 Deluxe from RavPower, several features add to its worth.

With the Zendure A5 you’ll benefit from passthrough charging (allowing you to use the A5 as a USB hub, simultaneously charging both it and your devices), auto-on (removing the need to fiddle around with buttons, you just plug it in and go) and a rugged design built from crushproof PC/ABS composite material with dual-injection molding and a shock-absorbing central belt.

Zendure also claims that 95 percent of the battery’s capacity will remain after six months, which means you could potentially chuck this power bank in the glovebox and forget about it until you need it.

At this price and capacity, and with these features, the A5’s closest rival is perhaps the LimeFuel Rugged L150XR, which costs $84 (around £52), but you’ll need to factor in shipping costs from the US (you’ll get free UK delivery with the Zendure). While that power bank offers two 12W outputs (which are able to simultanously operate at full-pelt), can charge itself slightly faster with a 2A (rather than the 1.5A here) input, and is waterproof, this cheaper Zendure is significantly smaller and lighter, and it looks just as cool and feels just as tough. And hey, speed isn’t everything. (If it is to you then read our advice on how to charge your smartphone or tablet faster.)

This probably isn’t a device you’ll carry in your pocket, at 320g and 127x73x24mm (that’s the same size and weight as the first-gen A5, by the way), but Zendure supplies the A5 with a soft carry case. This isn’t cushioned, yet the A5 is tough enough that it doesn’t need protecting – the case merely keeps together both power bank and the also supplied flat Micro-USB cable, and in that sense it’s very handy.

As with most other power banks a four-LED system is used to show how much power remains. It’s easy enough to understand, although the 4000mAh jump between each LED means it isn’t the most accurate of systems. Using a 1.5A/7.5W charger you can expect to fill this bank in 11 hours, but allow extra time with a phone and/or tablet connected.

Unlike most other power banks we’ve reviewed there’s no LED torch, although we can’t say we miss having one.