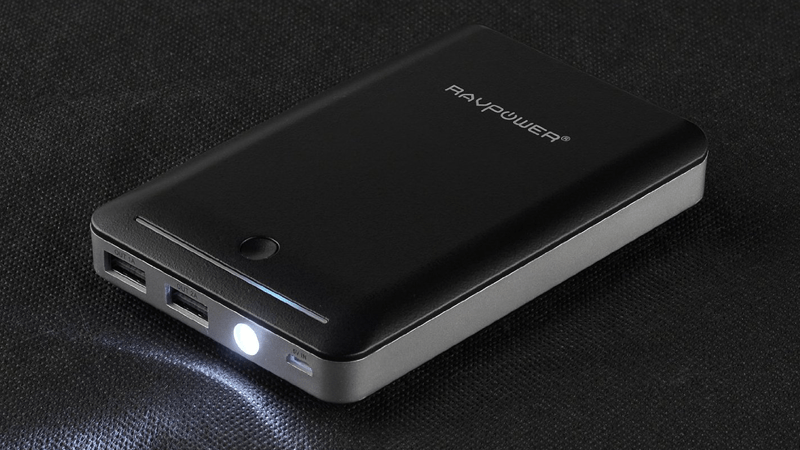 RavPower’s RP-PB13 Deluxe is proof that high-capacity power banks don’t have to be big and heavy, and it offers good value with 14000mAh capacity at £22. We think the Intocircuit’s additional features make it the better deal, however. 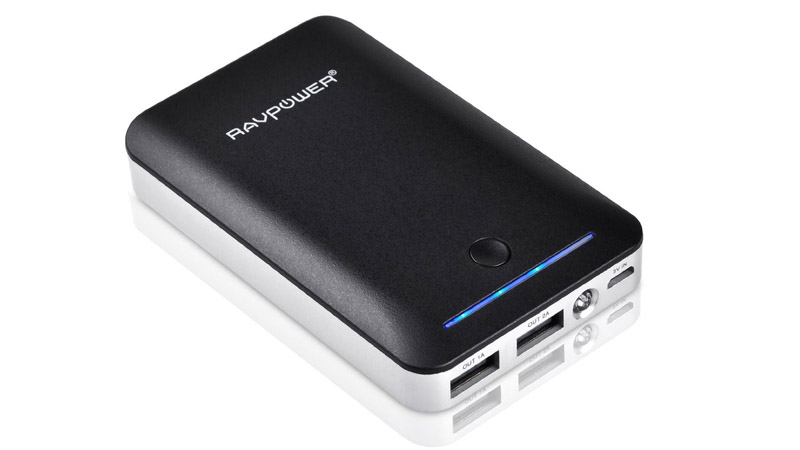 RavPower’s RP-PB13 Deluxe is interesting in that it weighs only 10g more than our Recommended Intocircuit Power Castle 11200, yet it packs an extra charge for your smartphone with 14000mAh capacity (expect around 10000mAh, with some lost through voltage conversion and heat) against the Intocircuit’s 11200mAh.

It costs the same price, too: £22 from Amazon UK. That’s fantastic value for a device that could charge, say, the iPhone 6 five times. (How many times it will charge your phone or tablet depends on the capacity of their own batteries.)

It is slightly longer and wider than the Power Castle, though, and we must admit to preferring the Intocircuit’s brushed-aluminium-alloy design – particularly with its built-in LCD screen – to this black- and silver-painted plastic power bank. RavPower uses the common four-LED system – here seen in a blue light strip – to denote how much capacity remains. With each LED representing 25 percent, or 3500mAh, it’s difficult to ever know exactly how much charge is left.

Neither does the RavPower support advanced features such as passthrough charging and auto-on/-off – although, to be fair, we’re still surprised to find the Power Castle does at this price. To begin charging your device you must plug it in and then press the button on top of the power bank. A double-press activates the LED flashlight.

The RavPower has some points in its favour above the Intocircuit, though, and not just the higher capacity. It also has a 1.5A Micro-USB input, which means it will refill its battery faster than the 1A Power Castle. Like that device, it has dual 1A and fast-charging 2A USB outputs for powering your phone or tablet, plus a built-in LED flashlight.