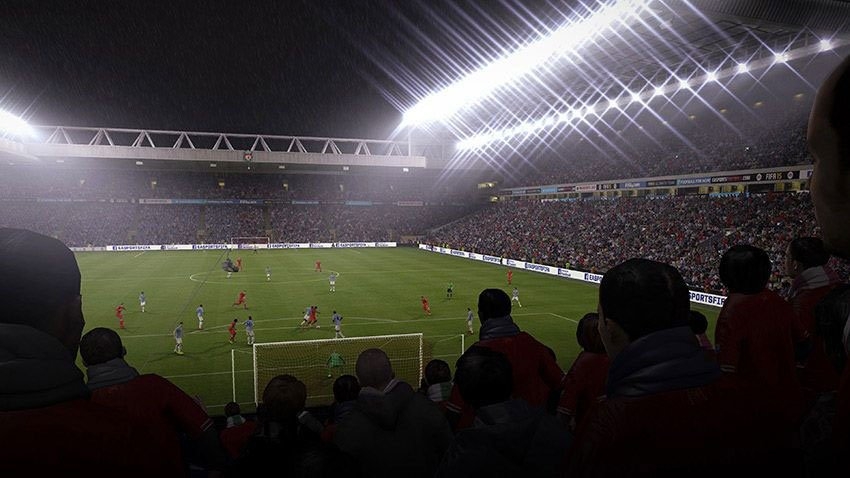 If you don’t own FIFA 14 or 2014 FIFA World Cup Brazil, and you do like to play football simulation games on console or PC, you need to get FIFA 15. It’s as good a soccer game as we’ve played. The question is whether the improvements from FIFA 14 are sufficient to make it a must-buy for owners of that game. We reckon you’d have to be a pretty committed FIFA player for that to be the case. But maybe you are…

FIFA 15 is the latest full update in the FIFA soccer simulation game series. FIFA 15 is available for Xbox One, PlayStation 4 and PC, as well as Xbox 360 and PlayStation 3, and mobile. Our review copy came courtesy of GAME.

FIFA 15 review: gameplay improves, but not a lot

All sensible humans know that there are really only two footie SIMs worth playing. These are ‘Pro Evo’ (aka ISS) and the all-conquering FIFA. Traditionally FIFA was generally regarded as having the less realistic and -convincing game play, but as the name suggests it had the licences – the right to use the correct kits, player names and team names. It had the bling, but to Pro Evo belonged the glory. The suggestion was that FIFA was a football game for the soccer fans in the new ‘football’ countries such as Japan and the US, but Pro Evo was the more physically correct. Read: FIFA 15 release date, price, editions and new features.

This hasn’t been true for a while, and certainly FIFA 14 and the interim 2014 Fifa World Cup Brazil offered satisfyingly realistic physics and game play. (I say this as a confirmed Pro Evo man.)

Not a huge amount has changed from those previous versions. The game plays quicker than FIFA 14, but it lacks the super speed of earlier versions of FIFA. Players are definitely quicker to start and stop, which rectifies a minor weakness of FIFA gameplay. And we love the way that physical confrontations have real crunch. There’s detail, too, even in the most fearsome melee. The physical shape of both player and game feels more realistic than ever before. Timing a header is tough. Picking out a player with a cross or a long pass is tricky. Timing a tackle is mega-difficult, but unlike older versions of the game this includes putting in a horror tackle.

On the harder settings FIFA is hard, just as it should be. See all PlayStation game reviews.

It also has improved physics. Players look like athletes both in terms of their on-field performance and the animations that detail their reactions to goals and missed chances.

Tactically the game is improved. You can crowd the keeper during corners, and lump men into the box when taking attacking freekicks. You can set your team further up the pitch from goal kicks, or pull them all behind the ball to defend a lead.

I have fallen in love with the career mode option of playing as an individual player. Play up front and you have to make myriad runs, putting yourself in the right place at the wrong time multiple times before you are in the right place at just the right time to put the ball in the net. Get it wrong and you are too tired to take advantage. Play on the wing and you will spend your time waiting for possession, trying to resist the temptation to break formation in order to get on the ball. And as part of the backline you are only a moment’s lapsed concentration away from playing the opposition centre forward onside.

FIFA 15 review: much bells and whistles

So the gameplay is what it means to be. And that means that FIFA 15 comes into its own. Because all of the other stuff is superb.

Whisper it, but the broadcast-style presentation – including the commentary – is good. Entertaining even. At no stage in a mammoth gameplay session did I want to switch off the commentary. This is a first since the days we used to play early ISS/Pro Evo with the Japanese commentary on (great days). The camera work is great, too. It feels realistic without being intrusive. You get all the views without breaking the suspension of disbelief.

Within any of the career modes you get useful matchday info live during your games. In fact, the career modes themselves are great. You can either develop as a player or a manager, and in both the level of detail and interactivity is close to a Football Manager-like SIM, with control over the gameplay.

The level of detail on players, grounds and kits is second to none. That FIFA-branding may bring with it the whiff of Qatari backhanders, but it does mean that you get the right squads in the right colours on the right stadia. If that sort of thing matters to you, FIFA 15 will delight. The UK version is naturally weighted toward the English Premier League, and this may be irritating to fans of lower-league clubs. I have to confess that I am a Leeds fan, so predisposed to being infuriated by such things. FIFA 15 is fine on this score.

Finally, for some reason I find the pre-match training sessions less irritating than I did with previous iterations. Perhaps they are quicker, or the gameplay is just a little better (or I am mellowing).

It’s difficult for EA to keep selling FIFA over and over. But if there is one feature that may make FIFA 14 owners keen to upgrade, it’s the improvements to the Ultimate Team feature.

You use the online market place to buy and sell Panini-style player cards. Get the right players, and you can create your dream team. There is an element of luck, just as there is in putting together a real-world team. Players of the same nationalitity will tend to play well together. And simply putting together a group of superstars will not suffice.

New to FIFA 15 is the feature of Concept Squads, in which you assemble teams of any players in order to practice and decide if you want to buy them. You can also loan world-class players.