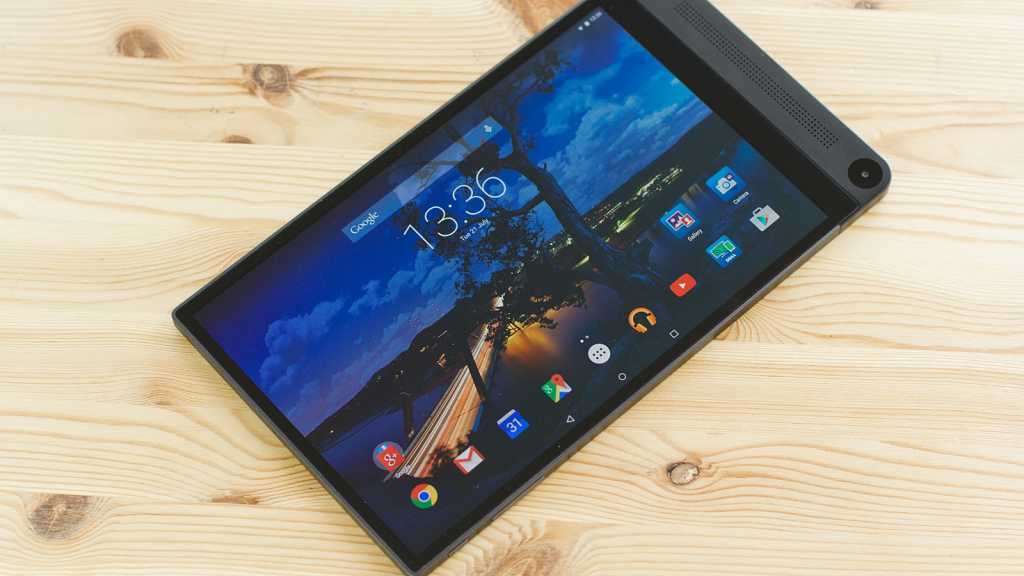 The Dell Venue 8 7000 is an attractive Android tablet with a super slim design, a great screen and offers smooth performance combined with good battery life. However, it’s more expensive than closely matched rivals and the RealSense camera technology which is supposedly a selling point isn’t worth the time of day.

Dell is the slightly unlikely claimant to the title of world’s thinnest tablet with the Venue 8 7000. It’s also the first device we’ve seen with Intel RealSense technology. Here’s our full and in-depth Dell Venue 8 7000 review. Updated on 20/8/15 with our video review. See also the  best tablets of 2016.

We’ve had to wait a fair while for Dell’s Android tablet to arrive after it was previewed at the Intel Developer Forum (IDF) last September. Nevertheless, it’s finally here and more expensive than we expected. Also see: Best new tablets coming in 2016.

Dell told us at a briefing back in November that the Venue 8 7000 would cost a similar amount to the  Samsung Galaxy Tab S 8.4 which cost £319 when it launched. However, Dell’s rival tablet will set you back £369 making it a more expensive option, although you can get it for £349 at Amazon which is a bit better.

Not only is it more pricey than the Galaxy Tab S, it’s more costly than the  Sony Xperia Z3 Tablet Compact and  iPad mini 3 so it’s got some work to do to convince us that it’s worth splashing the extra cash on.

The headline design aspect of the Venue 8 7000 is how thin it is. At just 6 mm it outclasses the Galaxy Tab S 8.4, Sony Xperia Z3 Tablet Compact and  iPad Air 2 which are 6.6-, 6.4- and 6.1 mm respectively. One thing is for sure, it feels extremely svelte and lightweight in the hand – although 310 g makes it a little heavier than its Samsung and Sony rivals. We also like the feel of the uni-body metal casing which covers most of the tablet.

Dell has created a stylish design although it does look a little odd with the large bezel at one end of the screen which houses a sizable camera lens and speaker grill. It would look very HTC-like if there was a second speaker at the other end and we’re not quite sure why Dell didn’t go down this route in order to offer stereo speakers (they are stereo but at one end which defeats the point).

The tablet is designed to be held in portrait orientation with the speaker at the bottom. That’s fine and while you can easily hold the Venue 8 7000 one-handed, grasping it this way does mean that the cameras are also at the bottom and get blocked by your hand. Perhaps it was difficult to arrange the components any other way but it still results is a design flaw.

On the hardware front it’s no surprise to find an Intel Atom processor since the device was unveiled at the firm’s developer forum. Increasing numbers of Android tablets are using Intel power but Qualcomm is still the big name.

The Venue 8 7000 uses a quad-core Z3500 Moorefield chip which has PowerVR G6430 graphics and there’s 2GB of RAM. Performance is decent across the board and we’ve only noticed a little bit of lag with things like auto-rotation and launching the camera.

In terms of benchmark results, the Dell Venue 8 7000 keeps up with its Sony and Samsung rivals which all provide similar results. See below for all the results.

The 8.4in OLED screen is stunning with a super high resolution of 2560 x 1600 meaning a pixel density of 359ppi matching the Samsung Galaxy Tab S 8.4. Dell says it has an ‘infinity bezel’ and although it is relatively small, we can definitely see one.

Like almost any tablet, the Dell Venue 8 7000’s screen is glossy and does reflect a lot and although it’s very crisp, the Lollipop dropdown menu is a little small.

The power unit and screen are decent but something more interesting is the fact that the tablet is the first to come with Intel RealSense technology. This is one of the main selling points of the Venue 8 7000.

As you can see in the photo, there are a total of three cameras on the back of the tablet. One is 8Mp, and the other two are 1Mp (and shoot 720p video). The main one sits in on its own in the bezel while the other two sit in a strip more central. The idea is that the additional two act like your eyes and capture depth information (up to 10m), a bit like HTC’s Duo Camera on the One M8. This can be used to not only refocus the image after you’ve take in but also measure items within it.

We didn’t find the system very good when we first tested the Venue 8 7000 last year and things haven’t really changed now we have a final review sample. The tablet does warn that you need good bright conditions for it to work but we’ve simply found it unreliable at measuring things and the refocus can only be described as atrocious.

This is a shame as Dell promised a software update would fix these problems. In the end it turned out to be something of a broken gimmick and that’s on top of the design issue we mentioned earlier where the tablet needs rotating 180 degrees in order to use the cameras anyway.

Other hardware includes 16 GB of internal storage which sounds good but there’s only just over 6GB available to the user which is far from ideal. There is a Micro-SD card slot though which you’ll likely need to make use of which Dell says supports up to 512GB.

Dell also touts a battery life of up to nine and a half hours and fast charging. Our battery benchmark test yielded a result of nine hours and 11 minutes with a score of 5493 which isn’t far off the impressive Sony Xperia Z4 Tablet which managed nine hours and 53 minutes and a score of 5933.

It’s getting more common for Android to be left well alone making for a ‘vanilla’ experience. I.e. as Google intended and like you would get if you purchased a Nexus device.

This is a plus point as it effectively gives you a blank canvas with which to customise the interface how you like. Dell does add a few apps though and as mentioned you must use the firm’s Gallery app to take advantage of the RealSense features.

An advantage of this app is the option to store and organise photos and video by GPS position making it easier to show someone only photos taken on a holiday abroad or a particular day trip, for example. You can also view content by person as the device will tag people in your photos and link them to social networks including Facebook and Twitter.

Dell Live Wallpapers give you a parallax effect when you move the tablet around and Dell Cast lets you wirelessly stream content to a larger screen if you buy a Dell Cast Adapter (similar to a Chromcast).

MyDell is more of a full app but really lets you check on things like storage, charge, CPU and memory usage as well as getting online support and sending feedback.

As well as the Dell apps, you’ll find things like Evernote, Dropbox, Polaris Office 5, Skitch, McAfee Security and MaxxAudio pre-installed. The list isn’t too big but the bad news is that you can’t uninstall them – disabling is the best you can do here.