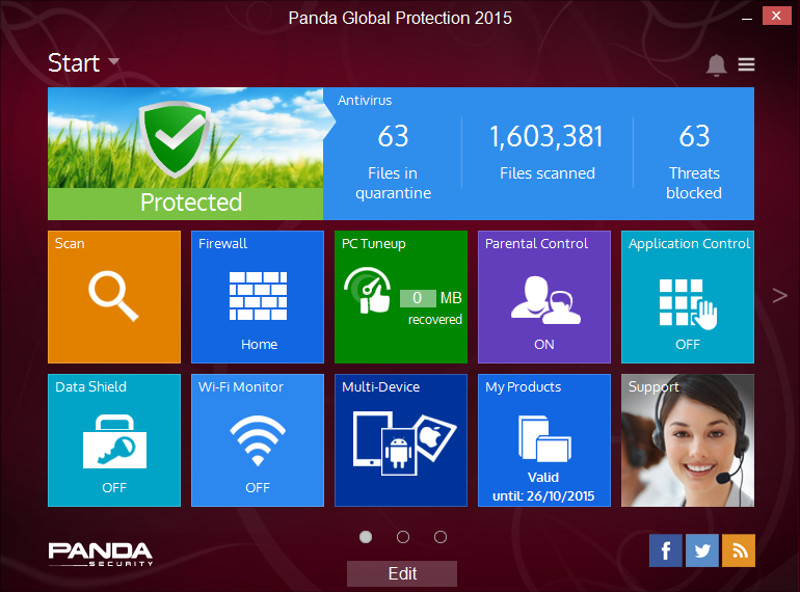 Panda Global Protection 2015 is a good option, if you need to protect a range of different devices from Windows PCs to Macs and Android machines. Not quite as generous as McAfee’s ‘as-many-as-you-like’ offering and a point off the perfect score in AV-Test’s testing, the Panda product costs £20 less, too and is particularly easy to use.

Panda is one of the long-standing Internet Security (IS) providers and its Global Protection 2015 product offers cover for up to five devices, including those running OS X and Android, as well as Windows.

The interface has been revamped, with Windows 8.1-style tiles on a burgundy background. Each of the major elements of the software – scan, firewall, tune-up, parental control, application control and WiFi monitor – has a tile and they’re joined by multi-device protection, account status and support. There’s a secondary panel of controls, reached rather like sliding between apps on an iOS or Android device.

Some of the elements in the suite are a bit basic. The PC tune-up module only deletes unwanted files and calls up the Windows defragmenter, while online backup gives you just 2 GB on Mozy, to share between your five devices.

The Wi-Fi monitor is useful if you want to check for wireless intruders, but will only work from another PC connected wirelessly. If you have it running on a machine with a cabled connection to a wireless router, it doesn’t see the wireless devices in the same workgroup. See also: Best security software

Parental control is simple enough to implement, as Panda provides a wide variety of categories to check, although it’s hard to see why you’d want to protect your children from Education, Restaurants or Job Search sites.

The Mac and Android offerings are more limited than the Windows one, but still promise significant protection. AntiVirus for Mac handles both Mac and Windows malware (when running Windows applications under emulation) and performs set or real-time scans. You can also scan linked iOS devices from the Mac version. 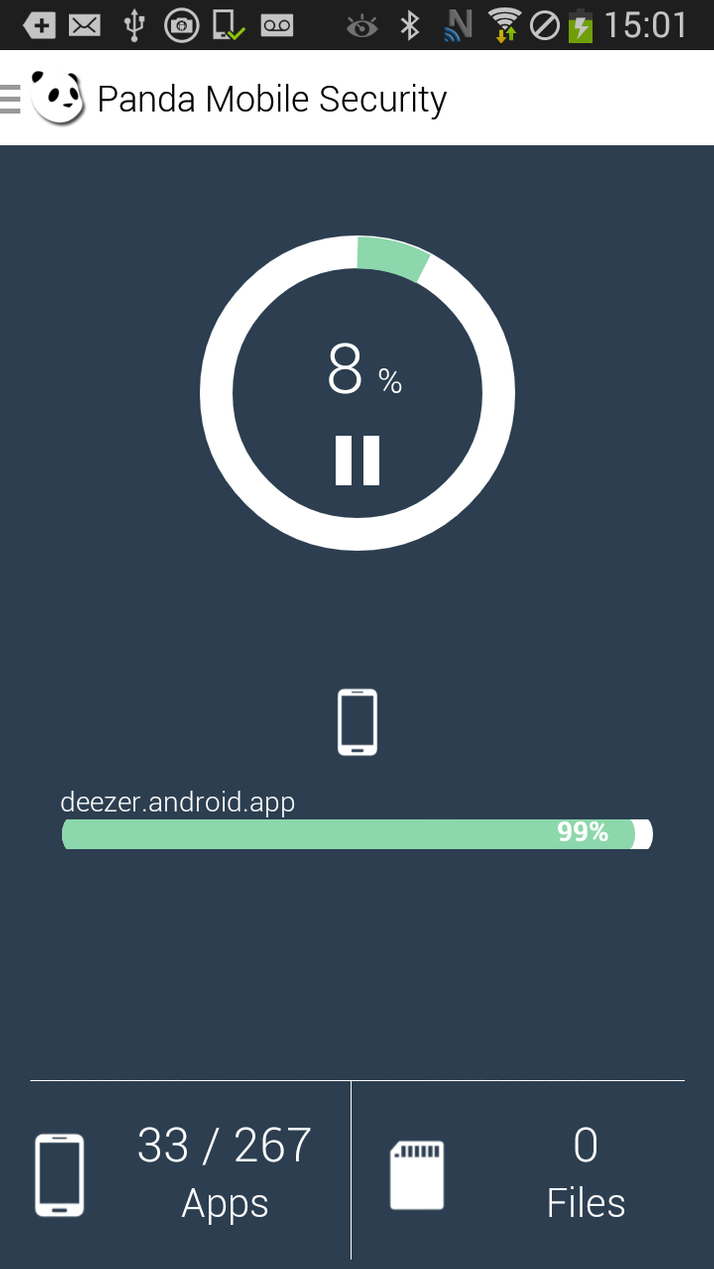 Panda Mobile Security is the Android product and includes anti-virus, a privacy auditor, anti-theft – locate lock and wipe, but no photo facility – and a useful task killer, when you need more room on your phone or tablet.
When we tested the scan rate of AV scanners, we use a test basket of 50 GB ‘known-clean’ files, as we don’t want the scan interrupted.

Panda Global Protection 2015 found 30 files it didn’t like and promptly quarantined them. They were all examples of the Conduit A adware search engine. Odd thing is, no other IS suite, including Panda’s own 2013 and 2014 offerings, have queried these files before. We suspect it’s a reclassification of Conduit A as malware by Panda.

Panda was one of the first companies to claim much of its AV work was done in the cloud, giving it a very light footprint. Our tests didn’t show it to be particularly light, with a 35 percent increase in copy time when there was a system scan running in the background.

It dropped 0.5 under Performance, with an average slowdown of just 1 sec in the range of tasks performed with it installed, and again 0.5 points on Usability, due to a false detection and a couple of false blockages during the test period. It scored 100 percent on malware detection.