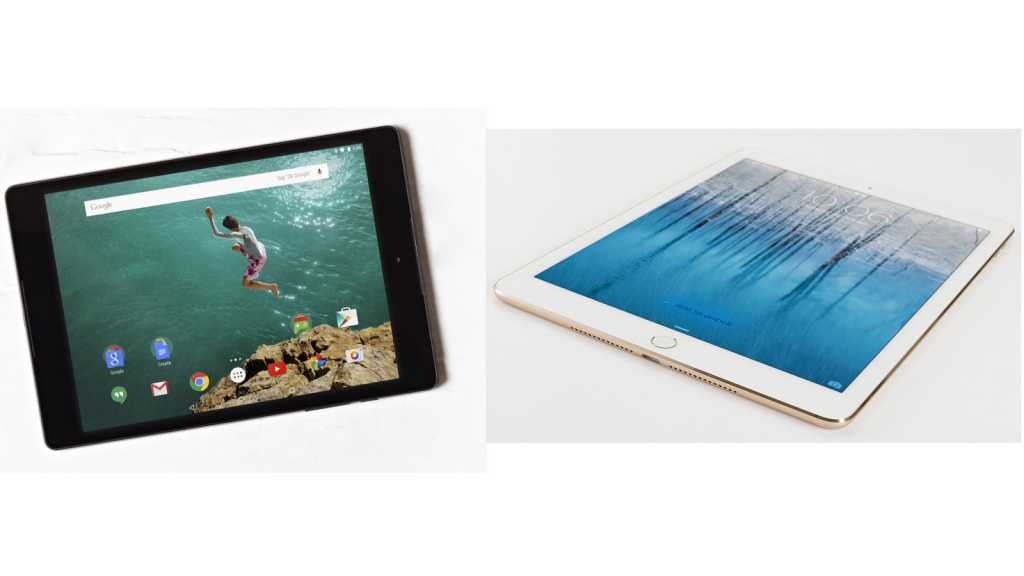 Make no mistake: these are two evenly matched tablets, and it is unlikely you will be disappointed with either of them. If you have no strong leanings toward Android or iOS, you should base your decision on price and storage. If you want to save pennies the Nexus 9 is measurably cheaper. But if you need more than 32GB of storage – and many will – then the iPad Air 2 is your only choice. 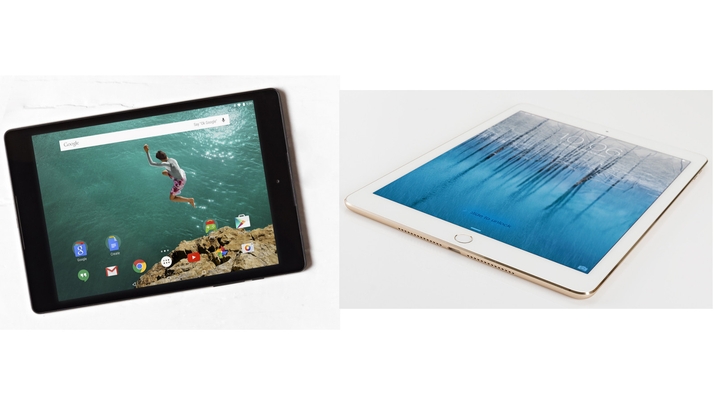 Let’s start with the important stuff in any tablet comparison: price. The Nexus 9 starts at a very reasonable £319 inc VAT for the 16GB Wi-Fi only model. The 32GB Wi-Fi Nexus 9 costs £399 inc VAT.

Add cellular connectivity to the Nexus 9 and you will pay £459 inc VAT for the soon-to-be-released 32GB version. The LTE iPad Air 2’s 16GB Wi-Fi and cellular price £499 inc VAT. That scales up to £579 inc VAT for 64GB, and £659 inc VAT for 128GB. We can’t do a direct comparison here, but at the bottom end at least you get more storage for less with the Nexus.

If you are shopping on price alone, go for the Nexus 9, then. (Although if you are really trying to save money you should check out our Tesco Hudl 2 review and best budget tablet deals articles.)

Google teamed up with HTC to design the Nexus 9, which we think looks sleek and sophisticated. It sports a brushed metal frame around the edge and soft grip plastic on the back. The Nexus 9 comes in black, white and a new sand colour. But let’s get to the detail: the Nexus 9 is 7.95mm thick, and is 425g.

The iPad Air 2 is a beautiful device, staggeringly thin, if a little heavier that the Nexus. The iPad Air 2 weighs 437g and we’d wager you’d struggle to tell the difference between the two on weight alone. But that is a win for the Nexus. Fortunately for Apple fans, the iPad Air 2 fights back on the thickness (or thinness) front. It is just 6.1 mm thick.

Ultimately these are two similar-looking, similarly well built tablets. Ergonomic and beautiful, we can’t separate the Nexus 9 or iPad Air 2 in terms of design and build. See also the  best tablets of 2014. 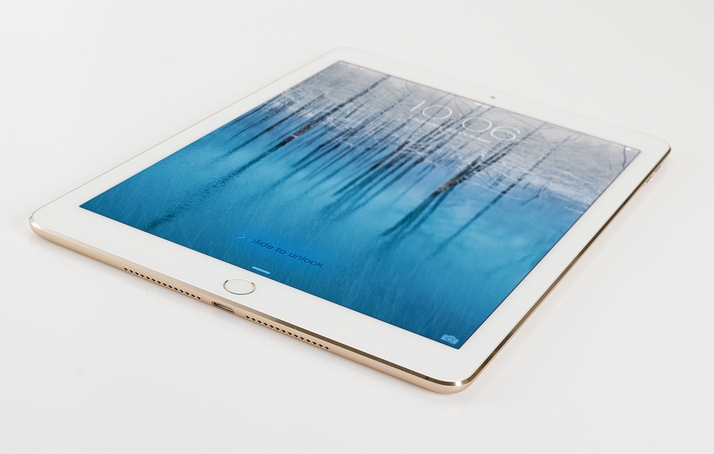 Google’s Nexus 9 has an 8.9-inch screen. The aspect ratio of the Nexus 9 is 4:3 like the iPad, and the resolution of the IPS display on the Nexus 9 is 2048 x 1536. This gives it a very healthy pixel density of 281ppi. The iPad Air 2 has a bigger, 9.7-inch display. Because of that bigger display its 2048-by-1536-pixel resolution means a pixel density of ‘only’ 264 ppi. Again, it’s hard to pick a winner on this aspect of these two tablets. So let’s make it simple: if you want a marginally bigger display go for the iPad Air 2. Should you desire marginally greater sharpness: the Nexus is for you. (See also: Google Nexus 9 vs Microsoft Surface Pro 3 comparison.) 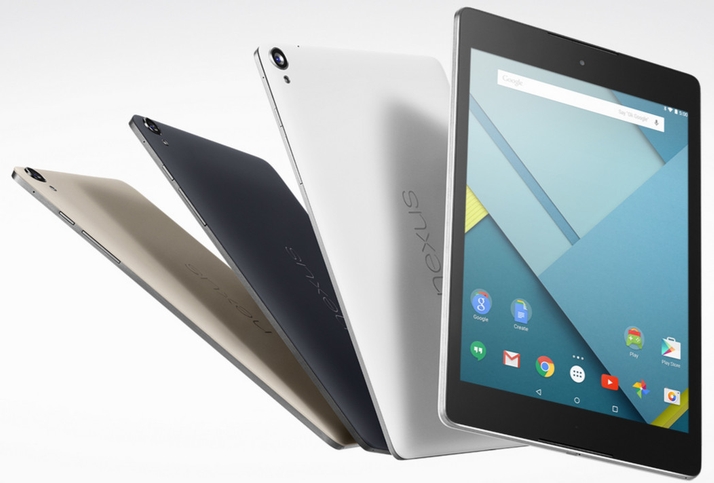 The Nexus 9 runs Android 5.0 Lollipop, the iPad Air 2 iOS 8. Android vs iOS is a conundrum. Android isn’t like it used to be: if you are new to the tablet game there’s no obvious winner in this comparison. These are the two most popular and best mobile operating systems around so it’s about picking which one is right for you.

In essence, if you are a long-term iPad user you are probably best off sticking with what you know. You have after all almost certainly spent a lot of cash on apps that you’ll have to spend again in Android. But it is worth considering that your iTunes music files will work in Android, and Android offers the opportunity of shopping around for music, movies, books and TV shows.

Both the Nexus 9, on the other hand, is ideal for anyone thinking about buying a tablet for use on the commute home to keep you entertained. You’ll be able to achieve some productivity tasks on your Nexus 9, of course, but you’ll be limited to mobile apps. Also see: 27 best Android tablets. 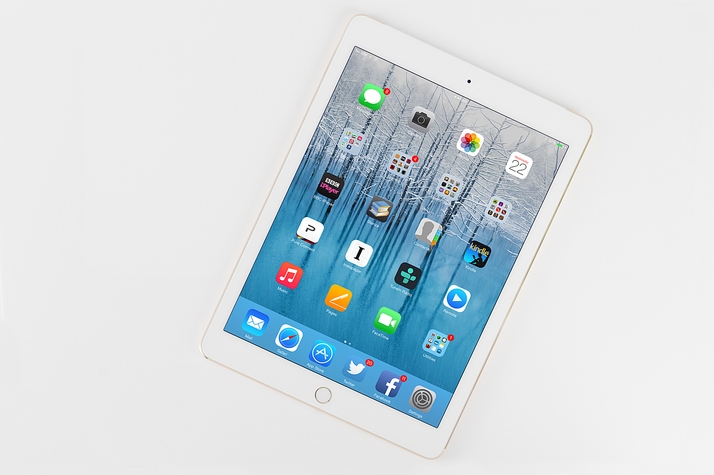 Inside the Nexus 9, you’ll find an nVidia Tegra K1 processor, which is a 2.3GHz 64-bit dual-core Denver chip. That’s paired with 2GB of RAM. We’ve not yet had a chance to run our full benchmark tests on the Nexus 9 to determine exactly how powerful, but we expect it to be a speedy tablet, that’s for sure. The headline addition to the iPad Air 2 is the new A8X processor and M8 co-processor. Clocked at 1.5GHz this is a triple-core 64-bit processor, paired with 2GB RAM.

The less technically inclined may presume then that the Nexus 9 is the faster device, and in truth having not tested it full we cannot say that this isn’t the case. However, a higher clockspeed and an additional core do not necessarily equate to a faster tablet, and the iPad Air 2 has turned in some truly stunning benchmarking performances. It is the fastest tablet we have tested thus far, with average GeekBench 3 scores of 1818 (single core), 4520 (multi core). If the Nexus 9 can beat this it will be going some. Suffice to say that both these devices are speed demons, and in reality you are unlikely to find either of them in any way slow or unresponsive.

Let’s move on to more quantifiable things. The Nexus 9 offers 16- or 32GB of internal storage but unfortunately no microSD card slot. The iPad Air 2, by contrast, comes in 16-, 64-, and 128GB flavours, but also eschews expandable storage. 16GB is really not enough for a well-used media-consumption tablet, in my view. So the iPad Air 2 wins in this respect.

When it comes to connectivity you’ll find NFC in the Nexus 9, as well as optional 4G LTE, 802.11ac WiFi and Bluetooth 4.1. The iPad Air 2 matches this minus the NFC. Chalk one up to the Nexus 9 (and add another for the fact that it charges via generic USB, unlike the iPad with its Apple-only Lightning cable).

Additional features in the Nexus 9 include the front facing HTC BoomSound stereo speakers that should improve the video-watching experience. The big differentiator with this year’s new iPad Air is its Touch ID fingerprint sensor. 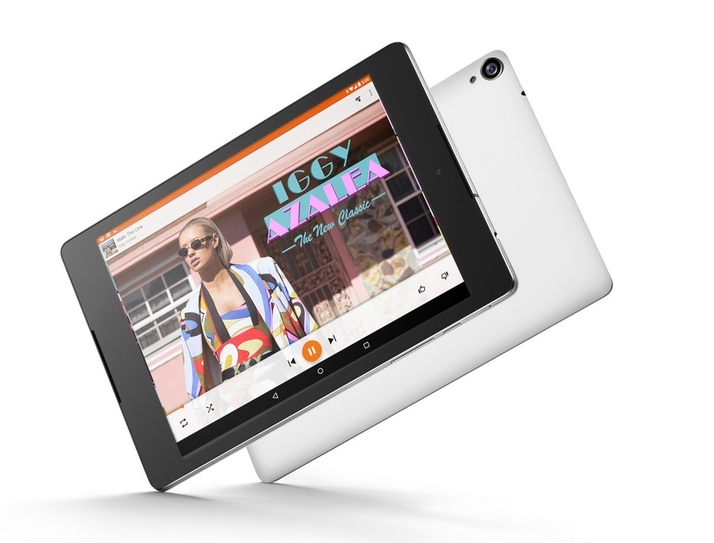 Cameras on the back of tablets is a bit of an odd thing. If you are intending to take photos on your tablet, stop and have a word with yourself. And then read on.

The Nexus 9 has a camera on the rear and one on the front. The rear-facing camera is 8Mp with an f/2.4 aperture, and is even accompanied by an LED flash. Video recording capabilities are 1080p, and there’s a 1.6Mp camera on the front.

The iPad Air 2 also has two cameras. And 8Mp rear-facing snapper with geo-tagging, touch focus, face/smile detection and HDR. Around the front is a 1.2Mp camera. In all honesty neither of these tablets is likely to replace your SLR, but both have entirely adequate cameras for the odd snap.

Make no mistake: these are two evenly matched tablets, and it is unlikely you will be disappointed with either of them. If you have no strong leanings toward Android or iOS, you should base your decision on price and storage. If you want to save pennies the Nexus 9 is measurably cheaper. But if you need more than 32GB of storage – and many will – then the iPad Air 2 is your only choice. (See also: Nexus 7 vs Nexus 9 comparison.) 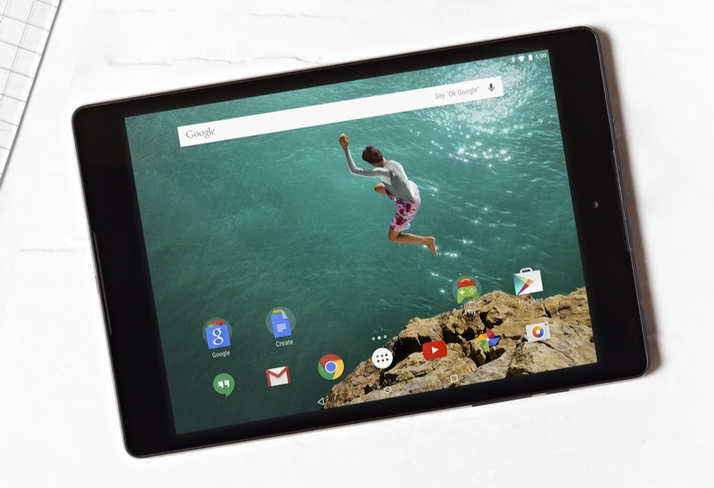