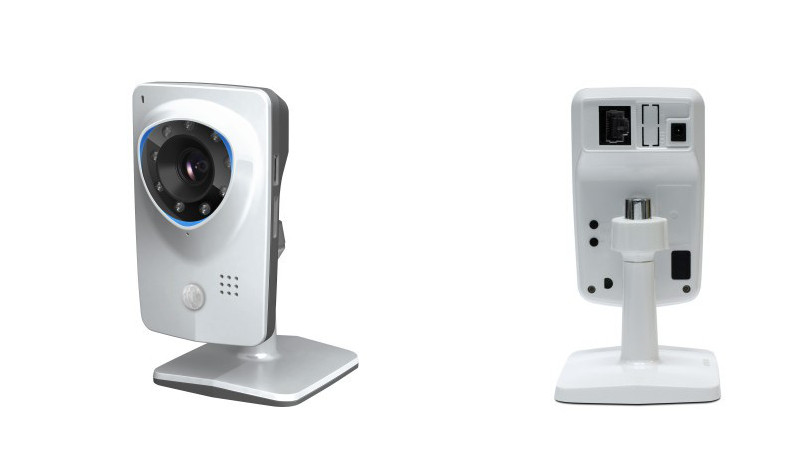 Swann is on to a winner here with an affordable Wi-Fi HD surveillance camera that has multiple record settings as well as live monitoring via your mobile device.

Some people may have need for surveillance cameras for home or work, but when it comes to paying for a security system, it may be the reluctance of spending hundreds or thousands of pounds that prevents further investigation.

Swann has already established a reputation for devising effective surveillance systems that won’t break the bank and its latest solo security camera, the ADS-456 SwannCloud HD is an inexpensive model that still aims to give user satisfaction.

An upgrade on last year’s ADS-450, the Swann ADS-456 weighs a mere 131 g and comfortably fits in the palm of your hand. It comes with a small stand that doubles as a mountable bracket – complete with screws and plugs – should you want to fix it to the wall, ceiling or furniture.

The useful feature of this camera is its Wi-Fi connectivity, although you will need to be within reach of a power socket as it still requires mains power. You can also connect more securely by ethernet.

Establishing a Wi-Fi connection can be through WPS, pressing the WPS button on the back to link to your router. A flashing blue light on the camaera signals confirmation. Once connected, you can then download the SwannCloud app to your Android or iOS device to start watching live streaming from your ADS-456.

You can also access the same information via the SwannCloud website. A built-in microphone on the front of the camera provides live sound, while a circle of infrared LEDs enable night vision up to 5m. The camera sensor captures video footage in basic HD, 720p at framerates up to 30 fps. A microSD card slot can be used to grab snapshots on the fly.

Picture quality is surprisingly good – bright and sharp with strong contrasts in the daylight and clear IR outlines at night even in pitch-black conditions.

You can preset 10-second video captures for motion detection (there’s a Passive Infra-Red motion sensor on the front), intrusion detection (which angle an object enters the frame), camera tampering and face recognition.

Alerts can automatically be triggered and all the footage can be stored on the SwannCloud for later viewing. If you have an existing alarm system, this can also be directly linked to the back of the camera.

Apart from occasional bursts of howl-round caused by the onboard speaker responding to a high volume setting and the occasional tendency of the mount angle to slip, it’s hard to imagine a more compact system providing so many effective features for less than £140.

Swann have also released the companion ADS-446 model, which has all the same features plus the ability to pan up to 350 degrees horizontally and tilt 100 degrees vertically – all remotely controlled and costing about an extra £20. See all camera reviews.