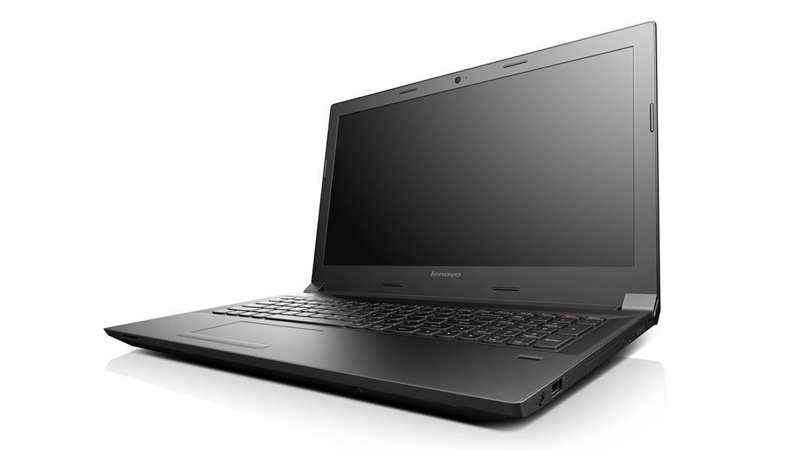 The Lenovo B50-30 may have a lousy screen, bendy keyboard and a processor so slow that it’s overtaken by budget Android phones of yesteryear. But as a package to compete against Google and its new Chromebook competition it looks feature-packed, thanks to a relatively huge hard disk and even a DVD drive. With a zero-cash-cost Windows operating system, things have just got interesting in the budget laptop space.

Two hundred pounds for a brand-new Windows laptop? That’s got to be an irresistible attention-grabber for anyone looking for a working laptop on a budget. We’ve been here before with netbooks, except this time there are two important differences. Also see: How to choose a budget laptop.

The Windows netbooks of the late 2000s rarely drooped in price to £200 or less in price, until they were consigned to the clear-out sale. And all those netbook machines were hobbled by design with tiny low-resolution screens, too little memory and a third-rate version of Windows. All measures deliberately set by Microsoft and Intel in order not to lose sales of more profitable and workable laptops priced a few hundreds pounds higher. Also see: Best laptops and  Best gaming laptops.

With the Lenovo B50-30, we have the first of a new wave of budget laptops that hark back a little to the netbook, but with much better potential to be useful, while actually costing less money.

They all have pre-installed a special version of Windows, known as Windows 8.1 with Bing. This means that the laptop maker is no longer allowed to take kickback revenue from Google, Yahoo and other search engine companies in order to have their service configured as the new PC’s default search engine.

By agreeing to that condition, it’s reported that the laptop maker, such as Lenovo here, can install Windows at no cost. This should help Lenovo to offer laptops at a more affordable price without the traditional Windows tax passed on to the user. And it helps Microsoft claw some market share for its underloved Bing search engine. In return, beside increased traffic, it could earn more money from advertisers, as well as get to track more internet users more widely.

For the laptop buyer, there should be no other difference in the capabilities of the cut-price Windows OS. Meanwhile, to avoid further anti-trust litigation for Microsoft, the search engine for Internet Explorer and Windows’ system-wide search can be changed at anytime by the user.

The Lenovo B50-30 is a 15in laptop with a new Intel Celeron N2830 processor, a low-power chip designed for low-cost computers. For storage the B50-30 uses a 320 GB hard disk, providing plenty of capacity compared to solid-state options but with the inevitable slower performance.

And slowness was experienced in a general lagginess when using the Lenovo B50-30 laptop, for example when opening programs or files. There’s 4 GB of memory installed for the 64-bit processor and operating system.

Unusually for a modern laptop, the Lenovo B50-30 also includes an optical drive, a tray-load DVD reader and writer. Of three USB ports, one is USB 3.0 standard, sited on the left side. You can connect to an external display through either its HDMI or VGA ports, while network connectivity is handled by a gigabit ethernet port and single-steam 11n Wi-Fi adaptor.

Overall build quality is tidy, a matt-black plastic chassis that is not without its creaks. We also found it could collect oily fingerprints with use. But as a means to transport and keep together the laptop’s components it does the job.

The display is a 15.6in 16:9 widescreen panel using budget TN technology. Relative to the physical screen size this has a very low resolution of just 1366 x 768 pixels – the widescreen equivalent of the old 1024 x 768 XGA panels of old – and in use this did mean that type and interface elements appeared fuzzy and defocused. The Lenovo B50-30 is not alone in using this limited resolution, as many Windows laptop manufactuers also still opt for this cheaper panel specification.

With something like a rebranded Intel Atom powering it, and an old 2.5in hard disk in a slimmer-and-slower 7 mm form factor, the Lenovo B30-50 was never going to be a workstation laptop. But some bench tests slowly revealed how much has been sacraficed in performance in order to drop the price.

The Intel processor is 64-bit capable, and brings out-of-order instructions to Intel’s low-cost chip platform though. And with its Tri-gate transistors built on the 22 nm scale, it also promises lower power consumption. Its stated TDP is 7.5 W, and Intel also quotes a scenario design power (SDP) of 4.5 W.

For this budget laptop Lenovo includes its own power management software, and we found this set as default in the middle of three options, economy versus performance.

Used this way, it returned a Geekbench 3 score of 248 points in single-core mode, and 401 in multicore (the Intel N2830 is dual-core but with no Hyper Threading Technology to virtualise four cores out of two).

These scores are the lowest we’d ever seen from this benchmark test. It normally takes around two minutes to complete; here it was taking in excess of 20 minutes.

After setting Lenovo’s management settings to full speed, Geekbench 3 now scored the Lenovo B50-30 with 964 and 1674 points respectively for single- and multi-core modes.

For context, the Apple A7 (ARMv8-A) processor in last year’s iPhone 5s scores around 1410 and 2530 points in this CPU performance test. But left at its default Lenovo power settings, the Lenovo B50-30 would be trounced by the older version of the Motorola Moto G, with its 334/1162-point results.

In the PCMark 7 test, the Lenovo returned an overall score of 1663 points, again a very low result. In PCMark 8 Home it scored 1199 points in the conventional test, and failed to complete the graphics-accelerated version of this benchmark.

Unfortunately the CPU and system benchmark tests took so long to run, the review sample was collected before we could try many graphics benchmark with Windows games. However based on other tests we’ve read it’s likely that our usual games would not have sufficient framerate to play the games.

Batman: Arkham City was listed as tried at native 1366 x 768 resolution and Medium detail, but played at just 8 frames per second (fps). Tomb Raider 2013 fared worse, with around 7 fps at this same resolution and detail preset.
LCD screen quality is a tempting way for a manufacturer to reduce construction costs, without the obvious defects showing on the traditional specifications and features list used in product marketing.

Here we have a low-cost TN panel of low resolution and very limited side-viewing scope. We found that when we moved our head away from straight-on, the screen contents quickly deteriorated into a dark mess of images.

Tested with a Datacolor colorimeter, the panel had a very reduced measured colour gamut, little over half of the basic sRGB colour space at 54 percent coverage. Adobe RGB gamut measured just 40 percent.

As telling of the overall poor screen quality was the contrast-ratio result of just 80:1.

Our battery tests suggest you may get close to 5 hours use from this Lenovo B50-30, with it left at its slow midpoint power setting. In our endurance test of playing an MPEG-4 video over Wi-Fi on loop, with screen at 120 cd/m^2, the Lenovo lasted 4 hour 51 min.