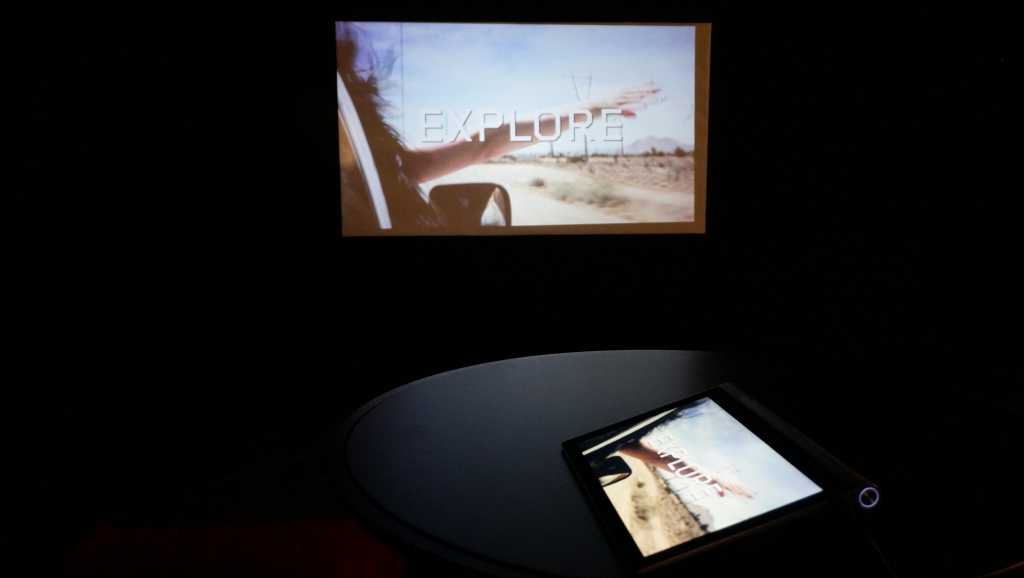 It might be expensive but if you’re looking for a tablet with a difference, the Yoga Tablet 2 Pro has a Quad HD screen and a built-in projector. Stay tuned for a full review.

Of Lenovo’s range of new Yoga tablets, the Yoga Tablet 2 Pro is the most interesting with its Quad HD screen and built-in projector. Here’s our Lenovo Yoga Tablet 2 Pro hands-on review. See also:  The best tablets of 2014 UK.

With its top-end specs, it’s not overly surprising that the Yoga Tablet 2 Pro is a bit more expensive than its rivals like the iPad Air,  Sony Xperia Z2 Tablet and Samsung Galaxy Tab S 10.5. Lenovo claims it is the ‘world’s best home entertainment tablet’ and it will set you back £449.

The design of the Yoga Tablet 2 Pro is much like last year’s original Yoga Tablet which came in 8- and 10in models. It’s got a wedge shape putting most of the weight in one hand when you hold it in portrait mode. At its thinnest point, the device is 3.7 mm, according to Lenovo.

It’s pretty big and heavy but this is a tablet designed for the home, not to take with you although you could if you wanted. Lenovo says 80 percent of tablet users just use their tablet at home and more than half use it to watch video – hence the large screen size and built-in projector.

The kickstand remains a key feature and this time round it’s bigger for more stability and Lenovo has added a new mode called ‘hang’ (there’s a hole in the kickstand which you make use of any way you see fit). The kickstand now clicks into place and is released with a button.

Moving onto hardware, the tablet is nicely specced up as we would hope for the price. At 13.3in it’s bigger than most tablets and the IPS panel has an impressive Quad HD resolution of 2560 x 1440 which looks stunning.

Powering the Yoga Tablet 2 Pro is an Intel Atom quad-core processor clocked up to 1.86 GHz and 2 GB of RAM. There’s 32 GB of internal storage and a microSD card slot which can take up to 64 GB cards.

We’re off to a good start then and there’s dual-band Wi-Fi, Bluetooth 4.0, stereo JBL speakers with a subwoofer, an 8 Mp rear camera and optional 4G LTE connectivity. Lenovo touts up to 15 hours of battery life from the 9600mAh battery which is impressive considering that high res screen.

Although Lenovo has announced Windows versions of the Yoga Tablet 2, the Pro model comes with Android 4.4 KitKat and its special trick is a built-in Pico projector which can turn any wall into a 50in screen. This has obvious uses for both work and pleasure. It may not be the highest of quality but it’s impressive that it has been squeezed into a tablet and is perfectly watchable.