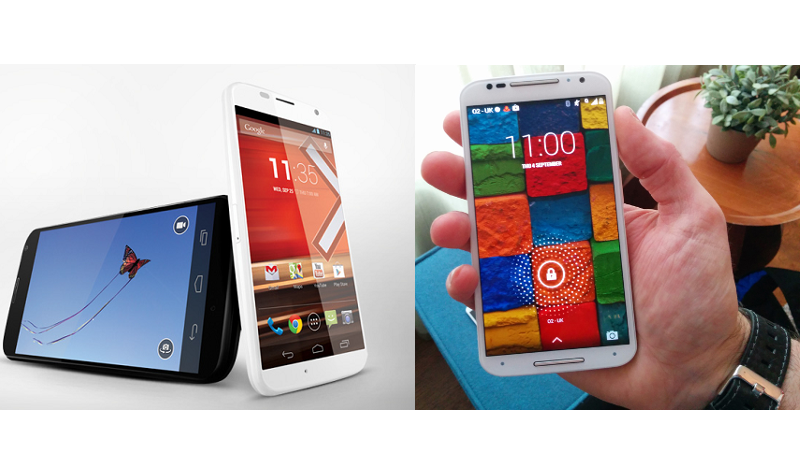 So the second-generation Moto X is categorically better than its predecessor. Significantly so. It has a much more powerful spec, and the display is what we hoped we’d see on the 2013 version. The camera is now worth your consideration, and it is a thin and light smartphone. We liked the original Moto X, but the 2014 flavour is definitely worth the upgrade.

Don’t blame us. Motorola has confused everyone by taking the eminently sensible decision of not giving a new product name to its upgraded mid-sized smartphone. But we are all so used to smartphone companies relentlessly forcing us to upgrade that we cannot cope. In this article we are going to compare the new/current Moto X with the original from 2013. So you don’t have to. And so you can see if you (a) should upgrade or (b) should try to find a cheap 2013 Moto X for bargain-grabbing purposes. We will refer to the Moto X 2014 throughout, but you should know that this is synonymous with both the ‘second-generation’ Moto X, and ‘the one with the model number XT1092’. (Incidentally, ‘the one with the model number XT1092’ is the name of a lost episode of Friends.)

So let’s get to it: it’s Moto X 2013 vs Moto X 2014. Deal with it. And for more on the new Moto X, see: Motorola Moto X (2nd generation) hands-on review: the new flagship Android smartphone you can personalise. 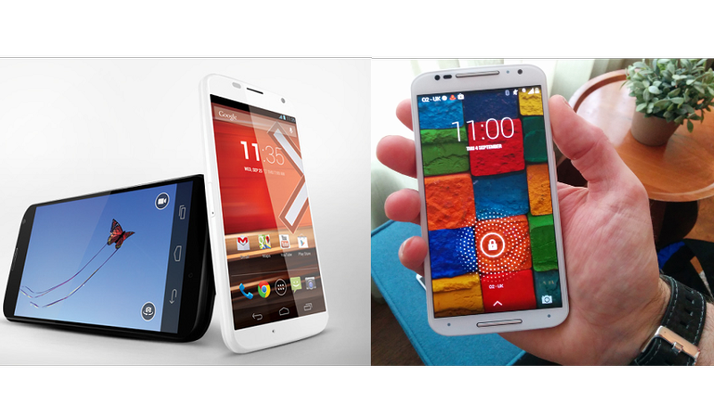 The short version is: the 2014 version of the Motorola Moto X should be available soon. The long answer is that Motorola gave us a release date of 7 October for the black resin model and 15 October for the black leather alternative. So if you are on the look out for a Moto X 2014 flavour you need look for only a short while longer, if at all. It is available from various online stores.

Somewhat confusingly, so is the original, although not in many places. It has been discontinued after all. I guess some stores have remaining stock to sell. To make sure you get the right model, if it is the 2014 Moto X you desire search for the model number XT1092 (the Amazon ASIN is B00NBU1N2A).

The Motorola Moto X will cost £419.99 for the 16GB model and £459.99 for 32GB in the UK. Moto Maker is also finally making its way to the UK with the new Moto X, which allows you to have a custom-designed case with a leather, wood or plastic rear, as well as choose various software options. Prices for the leather- and wood versions start from £439.99 and £459.99 respectively.

Looking around the cleaner corners of the web you can pick up a 2013 Moto X for around £250. Here is a review of that phone: Motorola Moto X review: Smartphone can’t keep up with flagship rivals.

The original Moto X had a 1.7GHz dual-core Snapdragon S4 chip backed up by 2GB RAM. It was snappy enough, but no great performer.

The 2014 Moto X has a Snapdragon 801 quad-core processor that may not be the best chip out there, but is as fast as you’d expect for a smartphone at this price. You get 2GB RAM, again. The Adreno 330 GPU is also a powerhouse, and the games we tried, including Asphalt 8, both ran smoothly and looked great. This is a good step up from the original Moto X, without being in market-leading class. 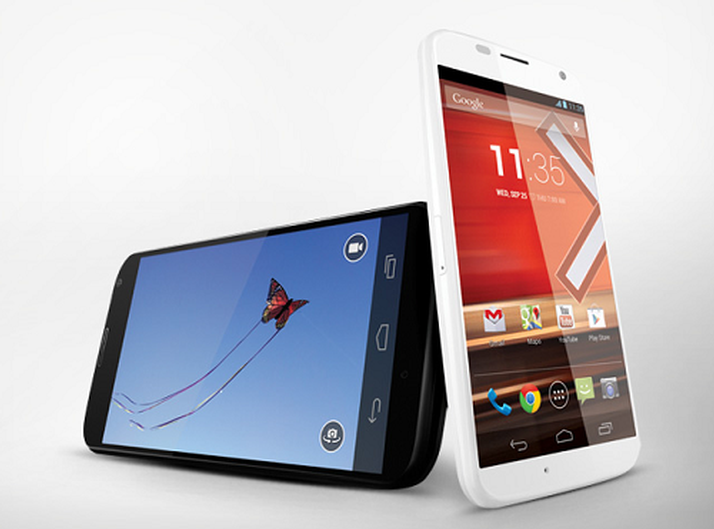 With an aluminium chassis and premium materials, the Moto X really feels a step up from the original. It’s also a huge leap up from the budget second-generation Moto G. There’s no flex at all, and the smooth finish around the edges makes the new Moto X feel fantastic in the hand.

Despite an increase in screen size from 4.7 to 5.2in, the newer smartphone is barely larger and weighs only a few grams more. At 144g, it feels very light for its size.

Thanks to the beautifully tapered edges which at their thinnest points measure just 3.8mm, it feels much thinner than it really is, which is 10mm at the thickest point. In terms of design and build the Moto X 2014 is a big step up on the 2013 model.

A 4.7in screen means the 2013 Moto X sits at a happy medium for smarthphone sizes – big enough to carry out tasks comfortably, but not so big that’s its unwieldy. AMOLED technology means that colours are rich and punchy and viewing angles are great. However, it’s a shame that Motorola has opted for a standard HD resolution of 720 x 1280. The screen does look good, don’t get us wrong, but it’s a little way off the leaders here. A pixel density of 312ppi means that graphics and text on the screen isn’t as crisp compared to the Full HD smartphones out there.

Fast forward to 2014 and the larger 5.2in screen now has a much needed full HD resolution. The pixel density of 423ppi means the new display looks lovely and sharp, and as Motorola has stuck with AMOLED technology, colours really pop. 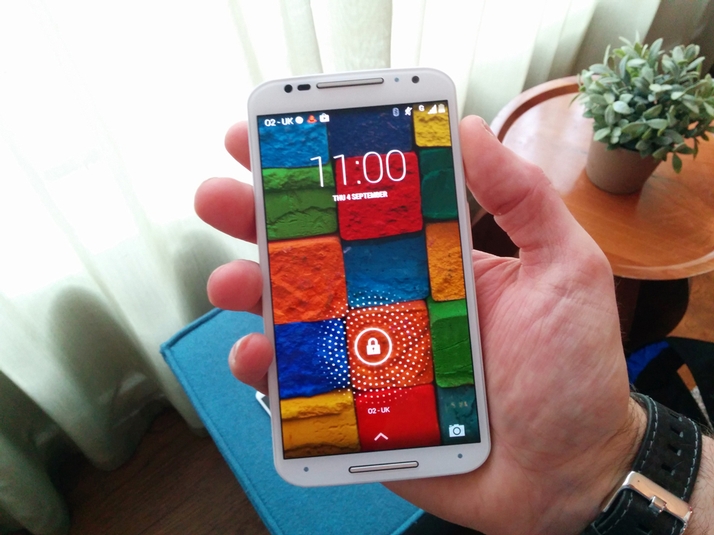 The camera is now a 13Mp snapper, up from the 2013 Moto X’s 10Mp sensor. Another improvement is that the new Moto X is also capable of shooting 4K video. The front camera has a 2Mp sensor and, from what we can see, takes pretty decent selfies. This is the same front-facing camera as that of the original Moto X, however. See also Motorola Moto 360 hands-on review and  new Motorola Moto G review, and our chart of  Best smartphones.