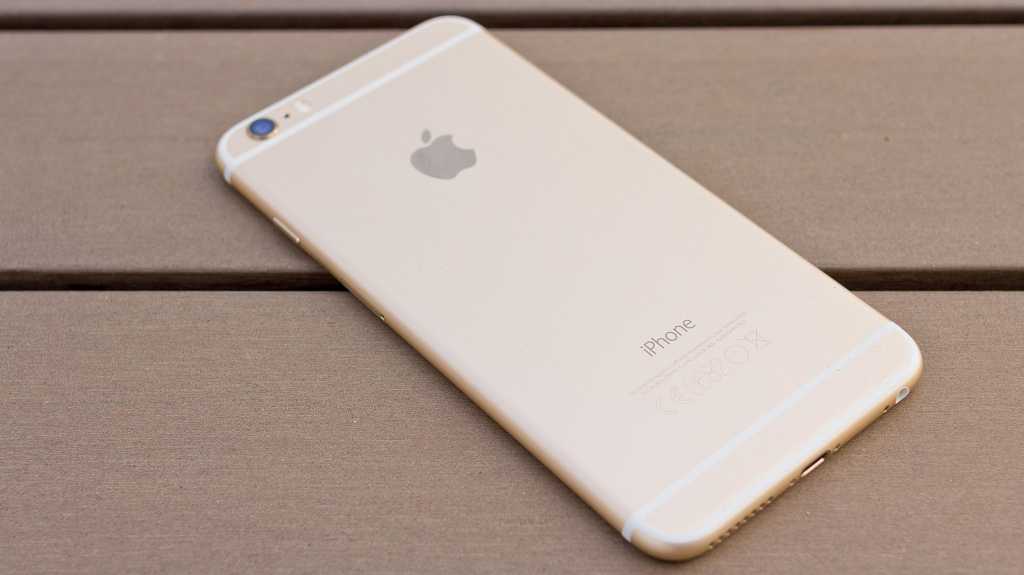 Even though the Galaxy Note 4 is priced at a hefty £575 (at Clove), the iPhone 6 Plus is even more expensive – one of the most expensive smartphones we’ve ever seen starting at £619 for the cheapest model.

There’s only one model of the Note 4 but as usual Apple offers three different capacities so you could spend up to a whopping £789 for the top-end model.

So you’re going to have to spend at least £45 extra to get the iPhone but should you? Find out how these two smartphones compare below.

Apple puts a lot of effort into making each iPhone thinner than the last and the iPhone 6 Plus is 7.1mm which is impressive for a phone this size. The Galaxy Note 4 is not much thicker at 8.5 mm and both weigh very similar amounts at 172 g and 176 g respectively.

Either way, you’re buying a huge phone – a phablet even whether you like the term or not. The fact Apple has moved the power button from the top to the side on the iPhone 6 Plus is testament to this.

Samsung and Apple normally employ contrasting use of materials when it comes to phones and although the Note 4 has a metal edge, it still uses a faux leather rear cover. The iPhone is still a combination of glass and aluminium with an iPad-like rounded shape.

We’ve held both phones and the iPhone 6 Plus is certainly more desirable but like previous generations it feels delicate. The device will need a case if you don’t want to tarnish its shiny exterior but the Note 4 makes no such demand and feels more durable.

With its 5.5in display it’s a huge jump in size for the iPhone 6 Plus (a full 1.5in bigger when compared to the iPhone 5S). However, it’s still not as big as the Galaxy Note 4 which remains at 5.7in like its predecessor.

There’s no difference in size then, but let’s look at resolution. Not only is the iPhone 6 Plus the biggest ever, it’s got the highest resolution and pixel density of any smartphone Apple has made – a display which it calls Retina HD. It uses Full HD (1080 x 1920) resulting in a pixel density of 401 ppi.

Samsung has opted for a Quad HD resolution like the LG G3 meaning the Galaxy Note 4 uses 1440 x 2650 pixels and a resulting pixel density of 515 ppi. So it outpaces its rival. The iPhone’s screen is still excellent – just not as excellent.

iPhone 6 Plus vs Samsung Galaxy Note 4: Processor and GPU

The Samsung Galaxy Note 4 is one of the first devices to come with a 2.7 GHz Qualcomm Snapdragon 805 (or a 1.9/1.3 GHz Exynos octa-core processor in some markets). It also has 3 GB of RAM.

Apple’s A8 is another 64-bit ARM-based processor and may seem a lot less impressive as the chip is still dual-core and the iPhone 6 Plus only has 1 GB or RAM. However, Apple does this to save power and maximise battery life. The A8 is more powerful than the A7 and the M8 co-processor can now detect activity types and elevation.

You will almost certainly notice no difference in terms of performance but here are our benchmark results. The Note 4 wins in GeekBench 3 but lags behind in other areas – graphically because of the higher resolution.

It’s swings and roundabouts here as the Galaxy Note 4 has more sotrage as standard but Apple offers the highest amount of internal storage on any smartphone (if you can afford it). Swinging things in Samsung’s favour here is that the Note 4 has a microSD card slot for adding up to 128 GB. Apple has never, and may never, offer expandable storage.

The pair are both fitted with the latest dual-band 11ac Wi-Fi and NFC although see below for details on how Apple uses NFC in the iPhone. While the iPhone 6 Plus has Bluetooth 4.0, the Note 4 has version 4.1. Apple’s new smartphone supports more 4G LTE bands which will make it better for roaming but the Note 4 has faster 4G with Cat 6 (up to 300Mbps) compared to Cat 4 (150Mbps). Bear in mind that those are just theoretical maximums though.

With top-end design and core specs, unique selling points are becoming more and more important to differentiate smartphones. Let’s look at what the iPhone 6 Plus and Note 4 have on offer.

Both phones have a fingerprint scanner and although they also both have NFC, the iPhone’s is currently restricted to Apple Pay which won’t launch in the UK until next year.

The Galaxy Note 4 has the S Pen stylus which for fans of the series is a key reason to buy the phone. It also has an IR blaster, heart rate monitor and UV sensor – none of which you’ll find on the iPhone 6 Plus.

Aside from the Touch ID fingerprint scanner, the unique feature of the iPhone 6 Plus is really iOS 8 which we’ll talk about in the software section below.

On the video side of things the iPhone 6 Plus has improved face detection and slow motion video at 240fps – twice that of the iPhone 5S – plus time lapse video. However, it doesn’t shoot video in 4K quality like the Galaxy Note 4 can.

Both main cameras have their pros and cons so it’s pretty level but Samsung wins on the front camera with a 3.7 Mp capable of recording Full HD video. The iPhone 6 Plus has an improved FaceTime HD camera but is only 1.2 Mp and limited to 720p HD video.

As we mentioned earlier, iOS 8 is a key feature of the iPhone 6 Plus and is a big reason to go for it over the Note 4. It depends on whether you’re loyal to iOS or Android, but maybe you’re looking to switch.

Apple provides a smooth and reliable experience with iOS 8 which has a wealth of content available via the App Store. Although the operating system is available on other iPhones, the Plus model has its own exclusive features namely because of the large screen size. You can view the homescreen in landscape for example and double tapping the home button pulls content to the bottom half of the screen so you can reach it easier with one hand.

The Galaxy Note 4 comes pre-loaded with Android 4.4 KitKat and Samsung’s own TouchWiz interface. While it’s not our favourite Android overlay, the S Pen and its accompanying software has potential once you’ve spent time learning how to use it all.

Samsung doesn’t offer any reachability feature like the iPhone’s (moving content downwards) but you can make apps smaller and therefore easier to use in a pop-out window.

The choice between Android and iOS is a key decision in this comparison and one we can’t simply make for you. It depends on where you’re coming from and your experience of each.