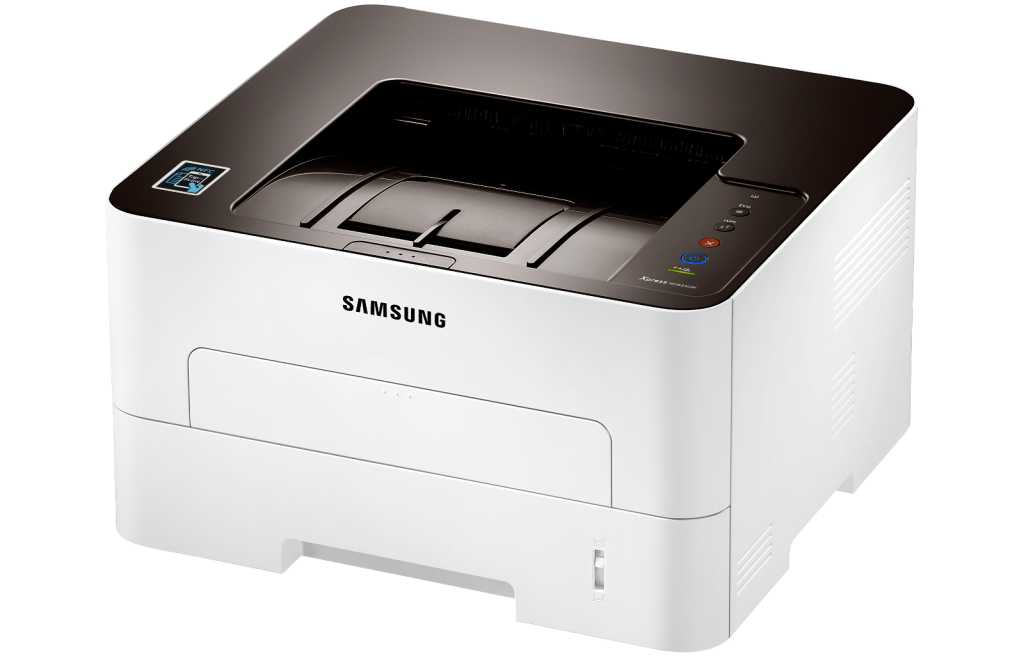 Print quality is strong, the design is generally fantastic, and all of the features work exactly how they should. This is a mono laser that is effective and thoughtfully put together. Just remember that it’s not a multifunction.

The humble mono laser printer forms the backbone of many a modern company, faultlessly churning out document after document after document. These peripherals aren’t the best for graphical extravaganzas, but when it comes to low-cost quality text, nothing can beat them. Samsung continues to set the pace, and its M2835DW printer offers a wealth of features for a modest sub-£150 price tag. (See also: best printers of 2014.)

With its sober and business-like cream/charcoal-combination colour scheme, the printer is very much in typical Samsung mould. It can only do a limited amount about improving on the traditionally blocky laser printer design, but rounded edges and a relatively modest footprint help it to melt into the background. It’s a relatively quiet printer, and will happily buzz away on your desk, rather than having to be concealed behind a sound-reducing screen or rubber plant. See all budget printer reviews.

It’s relatively simplistic in terms of controls. There’s no display, and the main buttons besides the power switch handle the Eco mode and WPS setup. The latter is a hint at this printer’s connectivity, and it can be hooked up to both wireless (802.11b/g/n) and wired (high-speed ethernet 10/100) networks. It can also connect to mobile devices, and the handy NFC feature allows you to connect just by tapping the device on the printer.

This brilliantly convenient approach is given even greater potency by the help features. Smartphones, for instance, can take you straight through clear trouble-shooting tutorials, bringing a level of user friendliness to your laser printing that we’ve rarely seen up to now. Given the comprehensive nature of Samsung’s connectivity, it comes as no surprise that Google Cloud support is seamlessly integrated. The company has clearly worked very hard on trying to make this printer as pleasant to use as possible, and the fruits of its labour will be relished by all M2835DW users.

We’re also highly impressed by the printer drivers. A ‘favorites’ list can be altered, letting you select which printer options are given greater prominence, and presets can be imported or exported as FUP files, allowing you to easily harmonise settings across a batch of printers. Graphical previews are used whenever possible, letting you quickly see the difference between one option and another, and you can make use of watermarks, overlays and other features.

Even the Eco mode has been bolstered, and a results simulator estimates the percentage saving of any print jobs. In fact, no other company’s drivers allow you to go into such detail when it comes to weighing up the various aspects of printing – do you take out some bold text, for instance, or make a font one size smaller, in order to save on resources? In truth, most users will just hit the print button and have done with it. But if you care about either the environment or your consumable costs, this brilliant printer allows you to delve deep into the figures and see exactly how to make practical savings. Other excellent software applications are also available, including the smooth network management utilities.

But the Samsung also happens to be a printer of some substance. It comes with a sizeable 250-sheet tray – which will jut out slightly at the back if being used with A4 paper – and page feeding is flawless. The multi-purpose tray is a nice touch, allowing you to effortlessly handle envelopes, labels and other tricky pieces. PCL5e/6 support is included, as is Samsung’s own SPL language, and the 12000 monthly duty cycle is good for a printer at this price point. 128MB of memory is a good chunk to be processing data with.

But what of the printing? Well, Samsung lasers have long turned out immaculate text, and this is another in that vein. Even in the standard mode, characters are crisply defined, with beautiful lining and no smudging. The real-world print speed of 22.7ppm is actually rather good for a printer at this price.

Our Samsung time was taken using a 10-page bundle from scratch. Once the M2835DW has started to print, it does indeed achieve the 28ppm rate quoted by the manufacturer, so companies often dealing with large printloads will find this to be a faster model than the 22.7ppm figure suggests. It drops to 14.9ppm using auto-duplex, but that’s only a one-third fall in performance, which is still relatively good. And for most companies, 14.9ppm will be more than fast enough for everyday printing, making default double-sided printing a genuine option.

The Samsung isn’t quite as faultless when it comes to printing graphics. It’s pretty good at handling the different shades, but there are a few print artfacts when it comes to the rendering. The speed is good, though. Laser printers often compromise on performance here, but the Samsung’s figure of 16.7ppm (even including the warm-up) is astonishing. As a means of quickly running off mono presentations for reference purposes, it’s a great option.

Even without any interest in the eco mode, the Samsung is rated for 3,000 pages on the higher-capacity toner. That works out at a cost of 1.5p per page, which is fairly normal for a £200+ laser, but very nicely priced for a sub-£ model. (See also: best printers of 2014.)