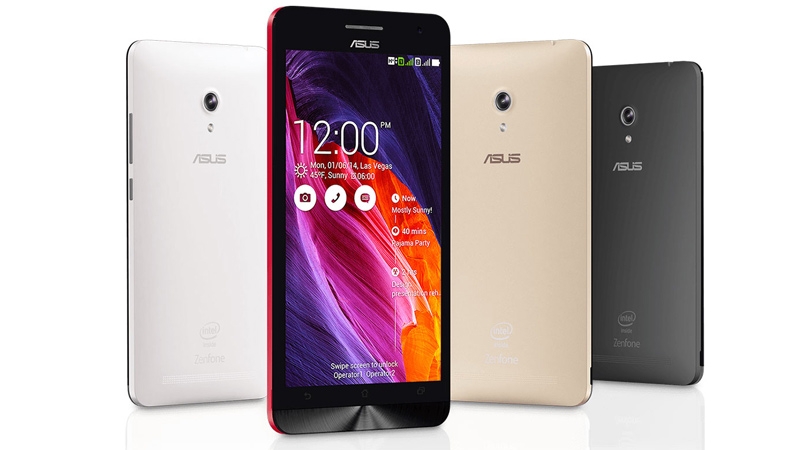 The ZenFone 6 is not going to appeal to everyone. It really is huge, so it’s not the most portable of smartphones, but if you’re ok with that you’re going to benefit from a brilliant device for watching TV and movies on the commute. If it’s playing games you’re most keen on, you might need to look elsewhere as the ZenFone 6 isn’t he most powerful of options, but for £250 you’ll get a good-looking phablet with satisfactory specs, an impressive camera and a really nice user interface.

Asus has launched a series of smartphones that could really put the company on the map. The ZenFone 6, ZenFone 5 and ZenFone 4 are well-priced smartphones that’ll appeal to a wide market, and considering the price they come with pretty impressive specs and design. Here, we’ve reviewed the ZenFone 6, the phablet of the new Asus family. Read on for our full ZenFone 6 review. See also: Best smartphones

The ZenFone 6 is available to pre-order from Asus now for £249.99, though we think it’ll drop in price as third-party resellers begin to offer it after launch. The phablet is set to be released in the UK on 20 October, so there’s not too long to wait.

The ZenFone 6’s main phablet rivals include the Samsung Galaxy Note 4, which has a 5.7in screen but will set you back £549 (it has considerably better specs than the ZenFone 6, of course) and the £349 Sony Xperia Z Ultra with a 6.4in screen, among others.

The ZenFone 6 is one of the cheapest smartphones in the 6in phablet category we’ve seen, so is ideal for anyone drawn to the idea of that bigger screen but with a budget that doesn’t quite stretch to those high-end devices. There is the Archos 64 Xenon priced at £200, but that’s considerably less impressive when it comes to specs and design – we much preferred Asus’s offering.

As mentioned above, we’d definitely consider the ZenFone 6 to be a phablet, with a huge 6in Gorilla Glass display.

Asus has managed to keep the bezels reasonably thin (though not as thin as some of the high-end smartphones like the LG G3), and it’s not too chunky for its size at 9.9mm thick. Of course, there are thinner phablets out there – the Galaxy Note 4 is 8.5mm and the Sony Xperia Z Ultra is an incredible 6.5mm thick – but for the price tag we are suitably impressed.

The ZenFone 6 sports a plastic back with a soft matt finish (Asus says that that’s thanks to a ceramic coating), which we quite like aside from its tendency to pick up and show fingerprints. That back is removable, though, and you can swap it out for a variety of different colours including white, red and gold.

It’s no easy task getting that back case off (a guitar plectrum works well), and you’ll need to do so in order to insert your SIM card and microSD card, but it does give a satisfying snap when you fit the case back on, with a tight fit that looks well-finished.

You’ll notice a small portion of metal along the bottom of the case and the volume and power buttons on the side are also metal, with Asus’s trademark concentric circle design. They’re a nice little touch to make the ZenFone 6 look that bit less budget.

The overall dimensions of the ZenFone 6 are 84 x 167 mm, so it is a bit of a beast and you’ll need both hands most of the time. It’s unlikely to fit in your pocket, but that’s what you sacrifice if you’re keen on that bigger screen. It weighs a fair bit, too, at 196g.

One big downfall to the ZenFone 6’s design is the buttons along the bottom of the display. They don’t have any backlight, so it’s tricky to know whether you’re hitting the right button when you’re in low light.

That 6in display is HD 1280×720 IPS, which makes a pixel density of 245ppi. That’s not amazing, but we were surprised that the display resolution wasn’t higher because we’ve been quite impressed while using it. It’s bright, and the viewing angles are fantastic thanks to that IPS panel, something you’d expect from a much pricier device.

Asus actually provides an app called Splendid, which helps you adjust the display to suit you. We liked the ‘vivid’ mode, which when turned on makes colours appear brighter and bolder. It’s well worth playing around with the Splendid app.

Inside the ZenFone 6 is Intel’s Atom Z2580 dual-core processor clocked at 2.0 GHz. That’s paired with 2 GB RAM to make this a quick and responsive smartphone. We found that apps launched with little or no delay, and the majority of games we tried stuttered for a few seconds before running reasonably smoothly.

We put the ZenFone 6 through our benchmark tests to give us an idea of how it compares with some of its rivals. It manages 16fps in our T-Rex GFXBench graphics test, on par with the likes of the Samsung Galaxy S4, Sony Xperia M2 and LG G2 mini. The Sony Xperia Z Ultra phablet performed better, with a score of 23fps in the same test.

Finally, in the SunSpider browser test, the ZenFone 6 achieved a score of 862ms, which beats both the iPhone 5 and the Samsung Galaxy S4.

Storage options include 16- or 32 GB built-in capacity, but Asus has included a microSD slot to allow up to 64 GB to be added.

When it comes to connectivity, the ZenFone 6 has 802.11 b/g/n WiFi (not the faster 11ac standard, though) and Bluetooth 4.0, but there’s no NFC or IR Blaster. The ZenFone 6 is a dual-SIM device, though, which is handy for those travelling often or anyone that wants to use this device for both business and personal purposes.

Unfortunately, there’s no support for 4G LTE so you’ll be forced to stick with 3G or WiFi when accessing the web.

The camera in the ZenFone 6 is a rather impressive 13 Mp with an LED flash and an f/2.0 aperture that uses the company’s PixelMaster technology. Colours appear to be accurate in the photos we took with the phablet, though they’re not the sharpest we’ve seen when you take a closer look. Below, you’ll find a shot we took with the ZenFone 6 rear camera, as well as a full-size crop to give you a better idea of the sharpness you can expect. Click the images to make them bigger.

There’s a low-light mode that detects when you’re in a dark environment to help increase the light sensitivity, decrease noise and boost colour contrast. We tested this on a couple of occasions and were pleased with the results. You can see an example below.

Other modes include Rewind, which captures a total of 31 photos in a short burst to help you get the best outcome, PanoSpehere for a full spherical panoramic photograph, a special Selfie mode for the rear-camera, a Depth of Field and Miniature mode and a cool smart remove mode that lets you get rid of unwanted objects.

There are lots of other filters and effects to play with too, and even a GIF Animation mode.

We’d certainly be satisfied with the camera on the ZenFone 6, though, and viewing the photos on that big screen makes them look even better.

Video was a bit disappointing, though. It’s capable of recording 1080p at 30fps, but we found it to be a bit laggy and it stuttered on several occasions during our test.

That camera app is just one of the things we really like about the ZenUI interface that Asus uses with Android 4.3 Jelly Bean (no 4.4 KitKat, unfortunately).

The bold colours, flat design combined with simple navigation that’s easy to get used to make ZenUI particularly appealing, and we like most of the Asus apps such as What’s Next for a quick look at your schedule and Do It Later to remind you to reply to an email, watch a YouTube video, return a phone call and more.

We found the battery life of the ZenFone 6 to be excellent, particularly considering the fact that the huge 6in screen is bound to be power hungry. We used the smartphone on a daily basis for several days to send emails, browse social media, send messages and make phone calls, and play games and watch videos on the commute, but we only needed to charge the device once every two days.

We used Asus’s Power Saver app to turn on Optimised mode and Smart Saving, which didn’t impair our use of the phone at all but seemed to prolong the battery life. There’s also an Ultra-saving mode to squeeze even more battery life out of the phone, and the option to customise your own battery saving mode.

The Ultra-saving mode doesn’t go as far as to make the content black and white like some smartphones do, but it will disconnect the ZenFone 6 from the network when the device isn’t in use which means messaging services that use the internet connection will not be received immediately.