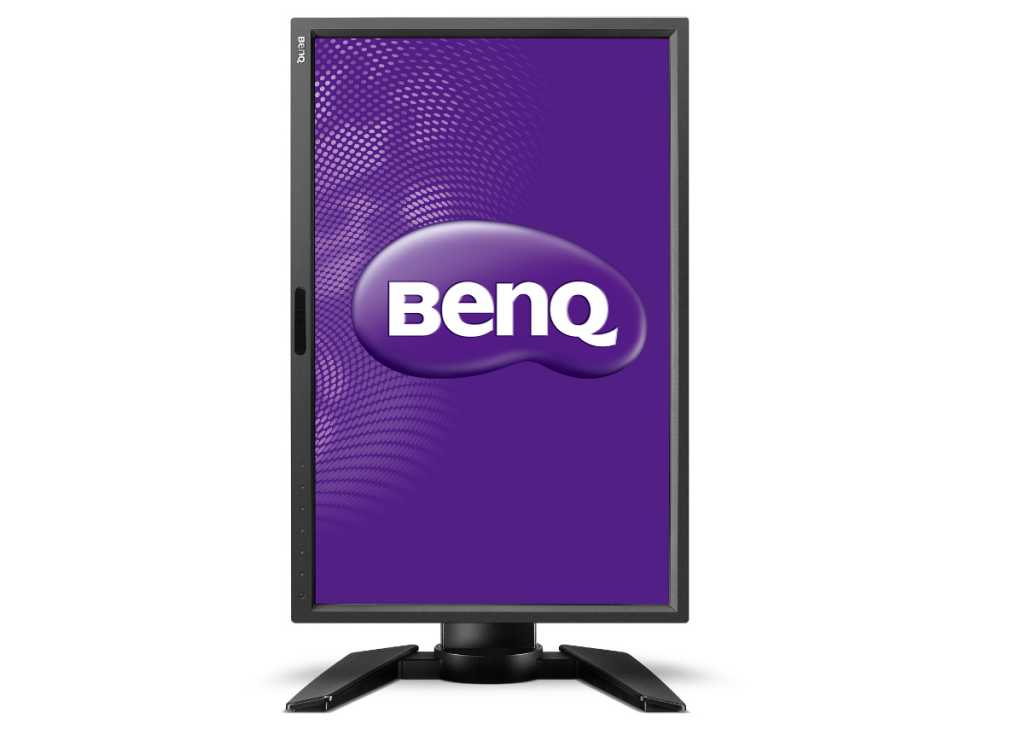 The BenQ PG2401PT is a high-quality monitor with an 8-bit + FRC panel that goes some way to giving 10-bit performance. Its wide colour gamut, excellent colour accuracy and 16:10 aspect ratio recommend it as a professional PC monitor for more critical colour grading work, although some colour artefacts under certain conditions betray its disingenuous technological capabilities.

While most LCD panels found in PC monitors – and laptops, phones and tablets – struggle to reproduce even the most basic sRGB colour gamut, BenQ’s new PG2401PT sets itself the target of precise print proofing.

That means it must reproduce far more of the colours that we can readily perceive, colours which are lost to most screened devices. It claims to cover 100 percent of the CMYK space used in traditional four-colour printing and 99 percent of the Adobe RGB colour space. See also: best displays of 2014.

This is a 24.1-inch monitor with 1920 x 1200 pixel resolution, using a high-grade IPS panel. The pixel dimensions also show that this is a monitor designed for professional use rather than enjoying films and video – the 16:10 aspect ratio provides a little more height and a much more usable working space than 16:9 screens.

It includes an adjustable stand that allows turning the panel 90 degress for portrait-mode work, and can be raised and lowered to a comfortable working height. An interesting detail here is a guillotine cucumber slicer built into the upright pillar. We assumed this was added as a cable-grabbing tidy mechanism.

The chassis is matt black plastic, the preferred finish for a display that you don’t wish to intrude on the image itself. Surrounding the panel is a thin bezel just 18 mm wide on the sides and top, and a few millimetres deeper at the bottom.

Within this bottom bezel though is a sensor window, which detects the presence of a user (optionally switching off the monitor when absent) and ambient light sensor (dubbed Eye Protect) designed to make overall brightness level more consistent through the day.

Five inputs are found at the rear, facing down – two DisplayPort (one of these the Mini variety), HDMI, DVI and analogue VGA. A headphone jack serves audio from an HDMI connection. There are also two USB 3.0 ports on the left edge, fed by one upstream port underneath that connects to your PC.

As a serious print-proofing design it also includes a monitor hood in the box, made from five sections lined inside with black velvet to absorb light reflections. These pieces clips on in stages, and in our testing we found good results from using the side sections alone.

This PG series monitor is listed as Printing-Industry Color Certified (G7/Fogra) from ISO standards. Each unit is tested with a Konica-Minolta CA-2000 laboratory colour analyser, and the unit’s results are included in a printed sheet with the monitor.

Build quality is sturdy as befits a thousand-pound monitor, a healthy step up from lip-service ‘pro’ monitors from some mass-market brands.

In use we found the on-screen menu system easy to use, with an array of touch-sensitive buttons at the lower right edge of the bezel. These are also proximity sensitive, so that as your fingers approach to touch, the button areas will light up with white LED dots.

BenQ has been trying hard to make potential purchasers believe this monitor is a real 10-bit design. ‘Expand the Spectrum on a 10-bit IPS Panel’, reads its product description at www.benq.com/product/monitor/PG2401PT.

‘Enjoy the smoothest shading and color transitions in natural gradations on a 10-bit display panel. A 10-bit panel can create more than one billion colors – 64 times the amount of color available on an 8-bit panel – to guarantee silky smooth gradation.’

What BenQ omits to point out in its carefully worded descriptions is that while a 10-bit panel can create more than one billion colours, the PG2401PT is not a 10-bit panel. Even retailers like Amazon UK have been misled by this deception, as the entry on the shop’s page prominently bills the BenQ PG2401PT as a ‘10Bit-IPS Colour Professional Monitor’.

Closer examination of the BenQ PG2401PT shows it uses an LG LM240WU9 panel, an AH-IPS 8-bit display that’s been enhanced with some additional frame-rate control (FRC) electronics to give 10-bit-like performance.

We measured its image quality through a standard 8-bit per pixel graphics card with a Datacolor Spyder4Elite colorimeter. But it’s worth noting that BenQ has worked with rival colour management brand X-Rite to develop software and hardware calibration for this monitor. With the help of an X-Rite i1 pro, i1 pro 2 or i1 Display Pro colorimeter you should be able to take advantage of a hardware calibration function to optimise the 3D look-up table (LUT) for best performance.

Our measurements indicated 95 percent sRGB coverage, with the PG2401PT stretching much further into the green end of the spectrum than the limited sRGB requirement, but just missing a little red and yellow to deny it 100 percent coverage. From the Datacolor results we also saw 90 percent Adobe RGB cover, a much trickier test, with a missing sliver of distant yellow denying it full coverage here.

The monitor could reach 317 cd/m^2 at full brightness, and with a simultaneous black level of 0.58 cd/m^2 we recorded a contrast ratio of 540:1 – a figure that remained consistent down to its nominal 25 percent output level.

Colour uniformity at a practical 50 percent brightness level was very good, worst case 2.3 percent drift in the centre. Luminance uniformity was mostly within around 5 percent, the largest deviation being a 13 percent deviation in top right and bottom right corners.

Colour accuracy, as you may hope for a self-styled precision colour monitor, was first class – an overall average of just 0.56 Delta E from 48 spot swatches. Largest deviation was only 2.03 Delta E, and perhaps unsurprisingly given the colour gamut result, that was with a yellow hue (3F).

Subjectively we could appreciate the wider gamut, with extra spread into green hues denied to our laptop’s IPS display. Image brightness and colour remained very good when viewed at narrow angles. Its anti-glare matt film worked very well at blocking reflections and did not add much in the way of grain.

We did note some colour artefacts on high-contrast edges, like chromatic aberration (‘purple fringing’) seen through glass optics. In the chequerboard contrast-ratio test, for example, this was seen as a faint redness one side and blue the other of the black/white patterning, possibly due to the FRC function that tricks the eyes into seeing more colours than a standard 8-bit panel can render.

Mac users may also like to adjust the default sharpness level. We turned this down from 5 to level 3 in order to reduce the rainbow highlighting of sub-pixel rendering in OS X. Windows users are typically not troubled by over-sharpness so much due to the OS’ different screen rendering technique.