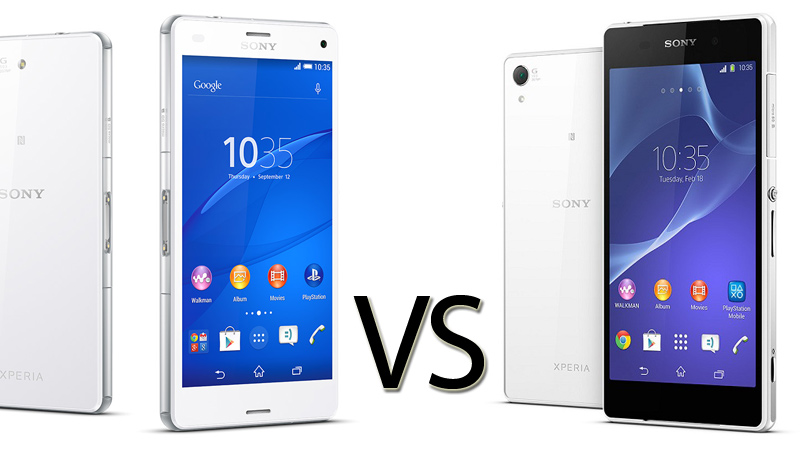 The differences between these two devices are pretty minimal. You definitely won’t want to cough up for the new model if you already own the Xperia Z2, and you’ll save more than £100 without missing out on much if you opt for the older model, but the Xperia Z3 is a cracking device that boasts impressive power, a brilliant camera and a light and thin design that’ll please many.

Sony launched its new Z3 series of smartphones and tablets during IFA 2014 in Berlin in September. One of those new smartphones is the Sony Xperia Z3, which replaces its six month old predecessor the Xperia Z2 as Sony’s new flagship smartphone. Find out how the Z2 has been improved upon for the Z3 in our Xperia Z2 vs Xperia Z3 comparison review. Read:  The best smartphone you can buy in 2014.

So far, we don’t know exactly when the Sony Xperia Z3 is coming out, though the company has promised a September launch so we shouldn’t have too long to wait. See: Sony Xperia Z3 hands-on review

You can still pick up the Sony Xperia Z2 from several third-party resellers though. Clove is selling the device for £400, and you’ll find it for £405 on Amazon.

The Sony Xperia Z3 looks quite similar to its predecessor with an aluminium and glass design, but you’ll be surprised to find out that it’s actually one of the biggest areas of change. The Z3 has been slimmed down to 7.3mm from the 8.2mm of the Z2. The overall dimensions of the two smartphones are very similar though. Sony has managed to lighten the Z3 to 152g compared with the Z2’s 163g, too.

You’ll notice that the Sony Xperia Z3’s frame is more rounded, too, removing one of the complaints we had about the Z2 which was a bit sharp around the edge of the glass on the rear. The Z3 also has new nylon corners to help protect the phone if you drop it.

There are new colour options for the Z3, too. The Z2 was only available in black, white or purple, but Sony is offering its new model in black, white, copper and silver green.

Both generations of the smartphone offer dust- and waterproof designs, though the Z3’s IP rating is slightly higher for even better protection.

Both the Xperia Z3 and Xperia Z2 sport a 5.2in Full HD 1080p display, though the Z3’s screen’s brightness is improved for better visibility in direct sunlight.

The Xperia Z2 already offered 3GB RAM so Sony hasn’t added more in the Z3. There’s a slight difference when it comes to the processor, but it’s essentially the same Qualcomm Snapdragon 801 chip. The clock speed on the Z3 is higher at 2.5GHz with 2.3GHz in the Z2, but that won’t make much difference in day-to-day use. The new processor does aim to improve on efficiency, though, so could give the battery life of the Z3 a boost.

However, Sony has reduced the size of the battery in the Xperia Z3 to 3100mAh compared with 3200mAh in the Z2, so Sony claims two days of battery life with normal use or even more with Stamina mode switched on for both smartphones.

Again, not much has changed when it comes to the camera, either. Both the Xperia Z3 and the Xperia Z2 have a 20.7Mp rear-facing camera with a single LED flash, though the Z3 has a new 25mm wide-angle lens and a new ISO of 12800 for better low light results.

The front facing camera is the same, too at 2.2Mp.

Where you will find some slight changes is on the storage front, with the addition of a 32GB model alongside the 16GB model already offered with the Sony Xperia Z2. The microSD card slot now offers support for up to 128GB additional storage, an improvement over the 64GB support of the Z2.

There are two new features that are brand-new to the Xperia Z3, but they’re still not major additions. The Xperia Z3 has a new Remote Play feature that lets PS4 owners play games on their Xperia Z3 just like they can on the PS Vita. It works over WiFi with the DualShock 4 controller and an optional GCM10 Game Control Mount.

The second new feature is the addition of High-Res audio, which makes the Z3 the first smartphone to support DSD playback. Combining this with the noise-cancelling capabilities carried across from the Xperia Z2 means the Z3 is an ideal phone for audiophiles.