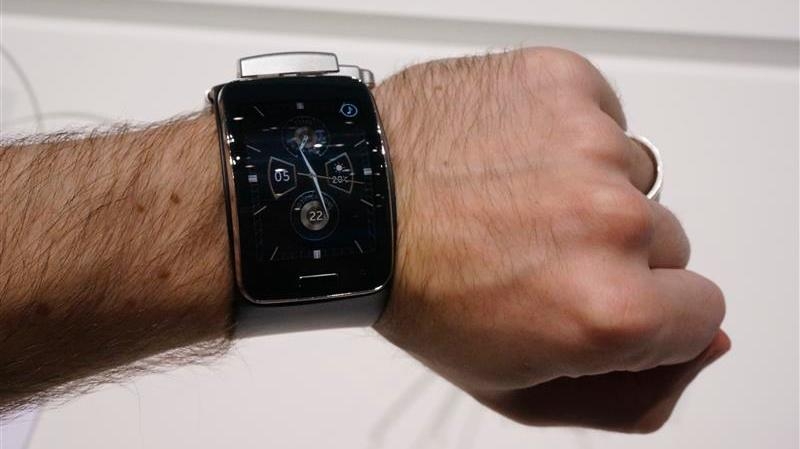 The Samsung Gear S might have some decent specs but we just don’t understand the concept of a smartwatch which can take a SIM-card. It’s too expensive, and the vast majority of users will find the device simply too big. Sorry Samsung, we just don’t get this one. 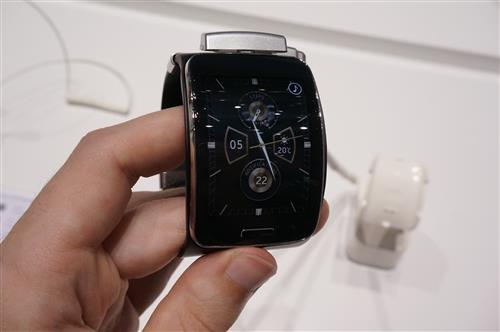 The smartwatch onslaught continues and although Samsung just launched the Gear Live, it’s now introduced the Gear S which doesn’t need a smartphone to work. Here’s our Samsung Gear S hands-on review from IFA 2014. Read: The best smartwatches of 2014: List of the best wearable tech you can buy right now.

Let’s not beat around the bush here, the Gear S is absolutely huge. Most smartwatches are big but this one is on a whole new level and we feel most users will simply find it too large to wear.

It has a similar look and feel to previous Gear watches and like the Gear Fit, has a curved screen. However, it’s a more usable aspect ratio rather than being long and thin. This helps the watch fit the wrist better and feel less bulky than it would if the screen were flat.

If it tickles your fancy then the Gear S will be available in special editions in partnership with Swarovski – nice and sparkly although, in our opinion, pretty over the top. Perhaps we don’t understand fashion. 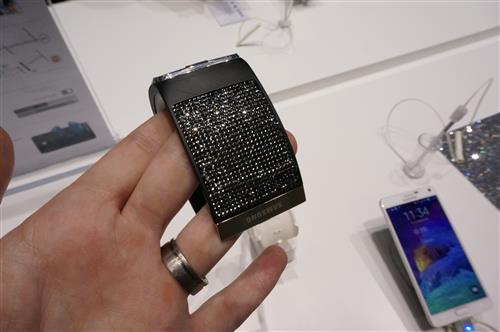 What we do understand is that the device has an IP67 rating meaning it’s both dust- and waterproof which is a great feature to have for outdoor types.

The unique selling point of the Gear S is that the device can work fully without needing to be connected to a companion smartphone or tablet. Most smartwatches will play stored music and perform a few functions on their own but require a connection to something else to make use of its data connections.

The Gear S can work by itself because it has a SIM-card slot, however, you’ll need a Samsung device to set it up initially (see software). With its own SIM, the Gear S can do everything your smartphone can do like make calls (it has a tiny speaker), send texts and connect to 3G networks – no 4G here. 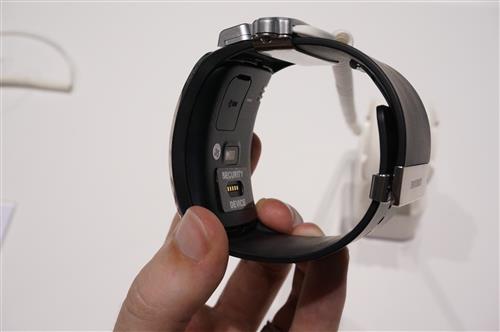 If you’re not too fussed about putting a SIM-card in (even though that’s the point), the Gear S does have built-in Wi-Fi (11n) so you can use it without a companion device if there’s an available network near. It’s good to see other hardware features such as GPS and a heart rate monitor.

The question is whether anyone want a smartwatch to work this and we don’t think, in general, the answer is yes. For starters you’ll have to pay for a different tariff and secondly give everyone a second phone number. The only way around it is to constantly swap your SIM from phone to watch, but we don’t think that’s the idea here.

Like most smartwatches hitting the market at the moment, the Gear S has 512MB of RAM and 4GB of internal storage. It’s running on a 1GHz dual-core processor though which is clocked a little lower than rivals. That doesn’t seem to matter though as performance seems perfectly acceptable to us.

As we’ve mentioned already, the screen is curved and at 2in is the largest we’ve seen on a smartwatch – most are around 1.6in. This is the main reason why the device is so big and while more screen real estate is good for viewing content, it just feels too big for a smartwatch. 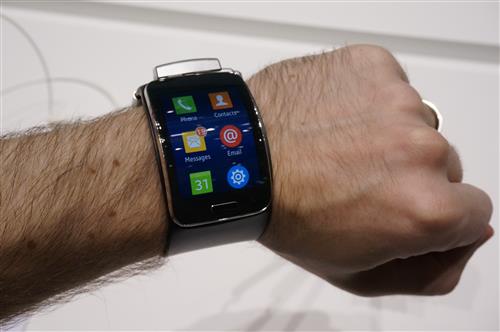 Plus points include Samsung’s Super AMOLED technology and resolution of 360 x 480. However, even at full brightness we found the screen a little hard to see – to be fair the show lights at IFA create demanding conditions so it probably looks fine regularly.

Although Samsung’s recent smartwatch, the Gear Live, runs on Android Wear, the Gear S is pre-loaded with Tizen. That’s Samsung’s own OS which it used for the Gear 2 range and Gear Fit. You might well confuse it with Android though as the interface is quite similar. In true Samsung style there’s a physical home button below the screen but most interaction with the Gear S is done with gestures on the touchscreen. Read: Sony SmartWatch 3 hands-on review. 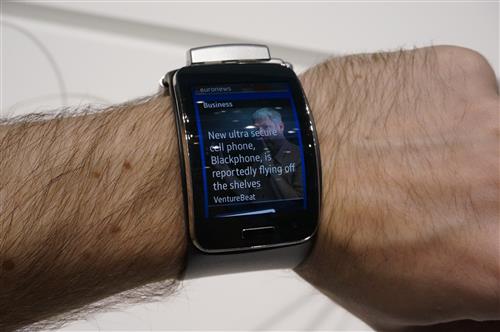 There’s plenty the Gear S can do including news feeds, HERE maps, various fitness tasks and social media. However, as we’ve seen with the Gear 2 devices, there’s a big lack of additional apps to download for Tizen.

Despite being able to function completely on its own, you need a Samsung device initially to setup the Gear S. You may know someone with a device you can borrow for this task but it’s quite simply a stupid decision from Samsung meaning that it immediately limits the amount of users who will be able to start using the Gear S and may put them off buying it the first place. It would make more sense for it to be setup with any Android device, PC or Mac – or even better, not need anything at all.

You’ll also need to shell out £329 for this smartwatch, which means it’s pretty expensive when compared to the Android Wear competition.