The Galaxy Note Edge is one of the most interesting smartphones around and while the edge screen is genuinely useful at times, it also remains a slight gimmick. Hardware is top notch and although we dislike the faux leather, build quality is good. The Note Edge is big and expensive so it might be worth waiting for the next generation before taking the plunge.

With its innovative and unique curved screen, it’s no surprise that the Samsung Galaxy Note Edge fetches a high price. Carphone Warehouse is selling it for a whopping £720 SIM-free meaning only the 128 GB iPhone 6 Plus more expensive. We’re talking serious money but you can find it cheaper – at the time of writing Amazon has the Note Edge for £640.

In terms of competition, the curved smartphone market is still very small and niche. Samsung’s Galaxy Round and LG’s G Flex were more concepts than proper phones although they both went on sale.

The Note Edge does things in a different way so they’re not direct rivals but it’s worth noting that LG has improved its phone with the G Flex 2 and Samsung itself is rumoured to launch a Galaxy S6 Edge. LG has also shown off a prototype similar to the Note Edge but with two edges.

This area of the smartphone market is gradually expanding and getting more interesting as we go but the Galaxy Note Edge is the best implementation we’ve seen so far.

Despite its new breed of screen tech, the Note Edge is actually thinner and lighter than the Galaxy Note 4, although only by a tiny margin. The device is 8.3 mm thick and 174 g but it feels a lot lighter than it actually is. However, this is still a huge phone and you’ll only be happy with it if you’re prepared for its ‘phablet’ proportions.

Samsung has stuck with the textured faux leather effect rear cover which provides good grip but may not be to everyone’s taste in terms of looks. Although the rear cover is the typical thin plastic which we’re now accustomed to on Samsung phones, there is some proper metal running around the edge which not only looks good but provides strength – it’s a shame that most of it is covered with white paint leaving just a shiny bevelled edge.

If you’re after colours then you’ll have to look to the Note 4 as the Note Edge only comes in black or white – not pink and gold, too. The screen running down the right side means the power button is on the top of the phone but since Samsung uses a physical home button, it’s not too arduous to wake the display. Read: Samsung Galaxy Note 4 vs Galaxy Note Edge comparison review.

The ‘next generation display’ is obviously the unique selling point of the Galaxy Note Edge. Samsung demonstrated it a long time ago but it’s finally arrived in a commercial product. As you can see from pictures, the display curves around towards the back of the phone on one side, almost giving you another dimension.

The display itself, ignoring the curved section for a moment, is essentially the same as the Note 4’s. It’s got a Quad HD resolution, 1600 x 2560 (not 1440 because of the edge screen), and uses Samsung’s Super AMOLED technology. The resolution means the  LG G3 is no longer the only smartphone on the market offering Quad HD. It’s no big deal, but the Note Edge’s screen is marginally smaller than the Note 4’s at 5.6in instead of 5.7in.

Back to that new curved section which is perfectly easy to use, the curve feels nice and intuitive to swipe over and looks pretty good from most angles too. If you’re left handed then you can actually spin the phone 180 degrees so the curve is on the left but then the buttons, ear piece and front facing camera are all at the wrong end. Samsung has made no mention of producing a special left-handed version.

At the moment, the curved section is mainly about providing information – even if the main part of the screen is underneath a cover. With customisation, it can show various different things from time and weather to stock prices and football scores. It also has app icons which frees up space on the main part of the display. It’s simple to scroll through the panels which you’ve chosen to use.

At night time, the curved section can effectively work as an alarm clock although it’s not as clear as we’d hoped looking at it side on, you really need to look at about 45 degrees. A bar also drops down when you want to access tools like the flash light, timer and a ruler.

Furthermore, when using apps like the camera or video player in landscape mode, the curved section will display buttons and other information, once again freeing up the main flat part of the screen for whatever you’re doing. You can also answer calls from the edge screen and get notifications – including permanent ones such as music playback so it’s really easy pause or skip a track.

It’s a nice idea and works well on the whole. There is an element of it being a gimmick but we’ve genuinely found the edge screen useful. The main issue we have it that it displays information towards the main screen rather than away from the phone which makes reading text on it difficult and seems unintuitive. You can trick it by turning the phone upside-down but this is not a real fix.

We also feel that Samsung has missed a trick in certain places. For example apps like contacts and calendar don’t use the edge screen but it feels like a perfect opportunity. For example with these apps it could be used to display A-Z or months.

In terms of hardware, the Galaxy Edge is much the same as the Galaxy Note 4. The screen is the stand out difference and the key reason to opt for the Edge over the regular version.

This means that inside is a 2.7 GHz processor, although it’s worth noting that the Note 4 will also come in an Octa-core model in some markets. There’s still 3GB of RAM which is a healthy amount and the benchmark results are pretty impressive.

As you can see below, it performs on a similar level to the Note 4 across the board and although it outpaces the iPhone 6 Plus in GeekBench 3, it lags behind on graphics and web browsing. The former is mainly down to the higher resolution.

Although the raw numbers a largely impressive, the Galaxy Note Edge isn’t the most responsive phone from a user perspective. It’s smooth most of the time but occasionally lags when switching between apps and quitting back to the home screen which is not what we expect from a phone of this calibre.

While the storage is the same as the Note 4 at 32 GB, the Edge will also be available in a 64GB edition which the Note 4 won’t. A microSD card slot will take up to 64GB cards even though we’re used to seeing 128GB in top-end phones now.

Samsung likes to add lots of gadgetry to its devices and the Galaxy Note Edge is no exception. It has many premium features which were introduced with the  Samsung Galaxy S5 like the fingerprint scanner (still the awkward swipe gesture) and heart rate monitor which doesn’t always give a reading first time. It also has 4G LTE (Cat 6) support, an IR blaster, NFC, 11ac Wi-Fi, GPS, Bluetooth 4.1 and MHL 3.0. What more could you want?

Battery life is a downside to the Note Edge despite the removable battery. After more than a week with the phone, we’ve found that it will realistically only last one day. The screen consumes a lot of power so every time it’s switch on the battery percentage drops in front of your eyes. Of course, it does have the potential to last longer but only if left on standby or if you use Samsung’s Ultra Power saving mode.

Photographers will be pleased with a 16 Mp rear camera with optical image stabilisation (OIS) complete with the usual array of Samsung camera modes including HDR and selective focus. The front camera is a respectable 3.7Mp with f1.9 for all those selfies. Performance is good as you would expect from a premium Samsung smartphone and you can also record video in up to 4K resolution. 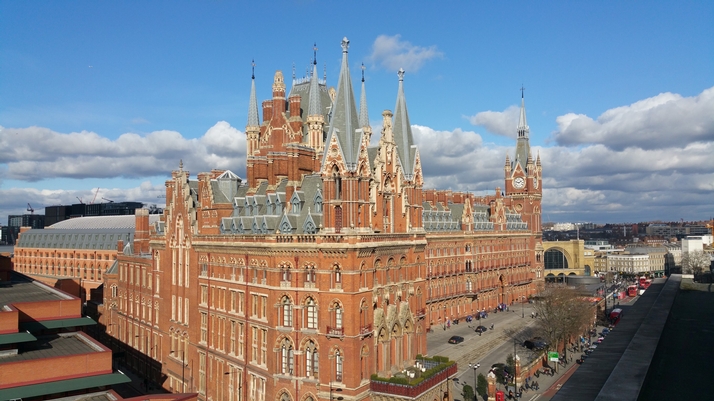 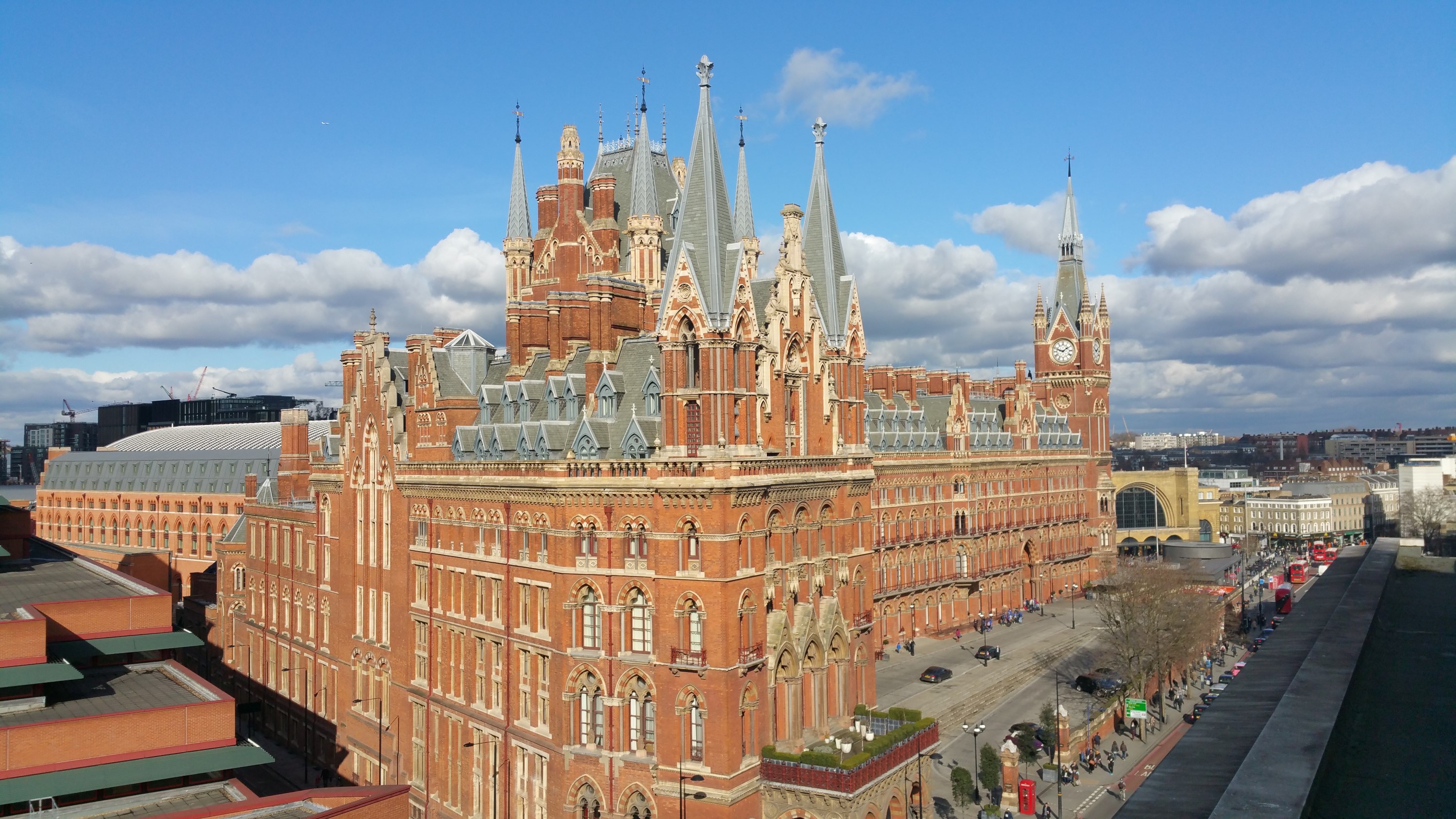 The Note 4 and Note Edge come with an identical software set-up, although there are settings for the edge screen. They come with Android 4.4.4 KitKat with Samsung’s TouchWiz interface over the top. It’s better than previous versions with a slicker style and the Flipboard which is a swipe away from the home screen is optional.

Being part of the Note range, the Note Edge comes with Samsung’s S Pen stylus which now has a new sensitivity level of 2048 and the ability to be used like a computer mouse (for example, highlighting text).

As usual, there’s plenty you can do with the S Pen and so much so that the experience is pretty confusing until you’ve learned what’s what – even our Samsung spokesperson was unsure how to use some of the features.

Like previously there are features such as Multi-Window which allow you to run two apps side-by-side and Air Command for accessing features like Action Memo, Screen Write, Image Clip and new Smart Select. You can also make apps run in smaller pop-out windows while you carry on in the background and make them float as a circular icon much like a Facebook Messenger chat head.