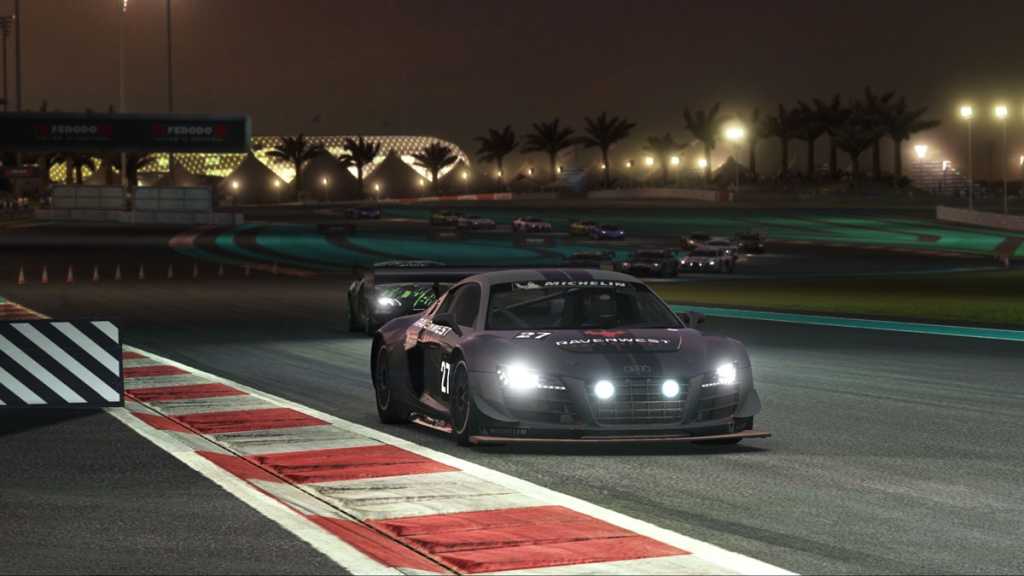 With so much on offer, Grid: Autosport is a racing game with longevity. You’ll undoubtedly find you favour one or two disciplines over the others, but even if you never bother with Endurance or Tuner, say, there’s still more than enough elsewhere to keep you coming back for more.

The original Grid was a fantastic racer, but Codemasters rather dropped the ball with Grid 2. So, when it came to Grid: Autosport, the team set out to ensure the game went back to its roots and would be a racer that would appeal to both the loyal fans and new players alike. See all games reviews

Within a few minutes of firing up Autosport, it’s easy to strike a few of Grid 2’s problems off the list. There’s no inane series of cut scenes attempting to create a story between races. Instead, the focus is squarely on racing and getting down to it with as few distractions as possible.

And pretty much the minute you start racing, you know that the handling and physics issues are sorted. True to their word, the developers have returned to the perfect balance between fun and realism which the original TOCA games possessed – precisely the characteristics that made it such an addictive racer.

In Grid: Autosport, the focus is on the single-player career mode, which is just fine as far as we’re concerned. You’re a driver for hire, picking from different team offers at the start of each new season.

There are five basic disciplines: Touring cars, Endurance, Open Wheel, Street and Tuner. Within each there are various classes of cars and racing styles. For example, within Tuner, there are drift events, time attack (where you race against the clock) plus standard races.

In career mode you don’t build up a collection of cars but that’s no bad thing. The variety of cars is immense, so it’s simply a pleasure to drive whatever you’re handed for each season. In special ‘Cup’ events during a season, you get to drive a different car – including plenty of classics such as the Mini and Lancia Delta Integrale.

There are 22 tracks with over 100 route variations, but only Brands Hatch in the UK. They’re not all circuits, of course. Many are street tracks with unforgiving crash barriers and tight turns. The ‘real’ circuits are modeled so faithfully that even the most pedantic motorsport fanatics should be happy.

There’s hardly any delay between races, so if you just want to get racing without bothering with any setup, practice or qualifying, you can. There’s an easy tuning mode with basic sliders for setting up your car’s suspension, gear ratios, brake bias and so on. The changes do make a difference, and it’s each car really does drive and handle differently.

The handling model strikes the perfect balance between driveability and realism. It’s fairly easy to jump into any car and get to grips with it after a couple of laps, but it’s not so easy that you’ll be winning races without trying.

You’ll want to turn up the difficulty to earn more XP, too, since you’ll be rewarded for disabling driving aids and the number of flashbacks you’re allowed. Flashbacks are one of our favourite features in Codemasters’ racing games as they let you rewind the race by a few seconds so you can avoid silly mistakes that would have otherwise cost you the race. You can limit yourself to fewer flashbacks (there are up to five), to earn better rewards at the end of the race. It’s highly frustrating when you accidently hit the flashback key and use up your last chance, though.

You can alter the AI difficulty as you’d expect, with even the medium level proving challenging when you’re driving using the returning in-car view and manual gears. The AI is another step up, with drivers being much more aggressive in touring car races than in the open-wheel events where contact is almost certain to end in disaster.

There are two in-car cameras, but it’s slightly disappointing that the dashboard isn’t really modelled. Everything is shadowy, either to reduce the amount of development time or to help you keep focused on the road. You can turn off the entire HUD to give more XP rewards, but that means you can’t rely on the instruments when using the in-car views.

You won’t see it often, but too much damage can lead to a puncture, something which will put you out of the race. A more common occurrence is spinouts. There are often crashes at the first corner, just as in real life, so if you happen to be at the back of the field you can weave your way through the carnage and gain some easy places.

It’s particularly satisfying when you’re running second or third and the front-running driver runs wide or spins off on the final lap, handing you a victory – or at least place on the podium.

At the end of each season, it’s up to you whether to continue in that discipline or switch to another. When new offers arrive, a voiceover lets you know, and we were pleased to find it was an English – as opposed to American – voice for once.

Graphics and sound are both excellent, and it’s the small touches such as being able to hear the commentators over the track tannoy as you race around that makes it even more immersive. The repetitive phrases you hear from your race engineer over the team radio wear a bit thin after a while, though.

With the graphics set to Ultra mode, things look fantastic, but you’ll need a powerful PC to maintain smooth framerates. Heat haze, dynamic lighting and weather, day and night races and more make Grid Autosport one of the best-looking racers around. There’s also support for a second screen, which shows a ‘TV feed’ as you race, along with the current standings and positions of the cars on the circuit:

It isn’t all about the career mode, though. Multi-player options include the increasingly rare two-player split-screen mode as well as loads of online modes. Party modes include Demolition Derby and  elimination, while online multiplayer includes weekly challenges and even a new club mode where you can join a team and race against other clubs.

It’s online where you can build up a collection of cars, which must be maintained – each has an odometer which shows how many miles it’s raced. You can buy brand new or second hand, with each car having its own ‘XP’ and being upgradeable with various go-faster goodies. It’s also possible to design your own livery.

With so much on offer, Grid: Autosport is a racing game with longevity. You’ll undoubtedly find you favour one or two disciplines over the others, but even if you never bother with Endurance or Tuner, say, there’s still more than enough elsewhere to keep you coming back for more.