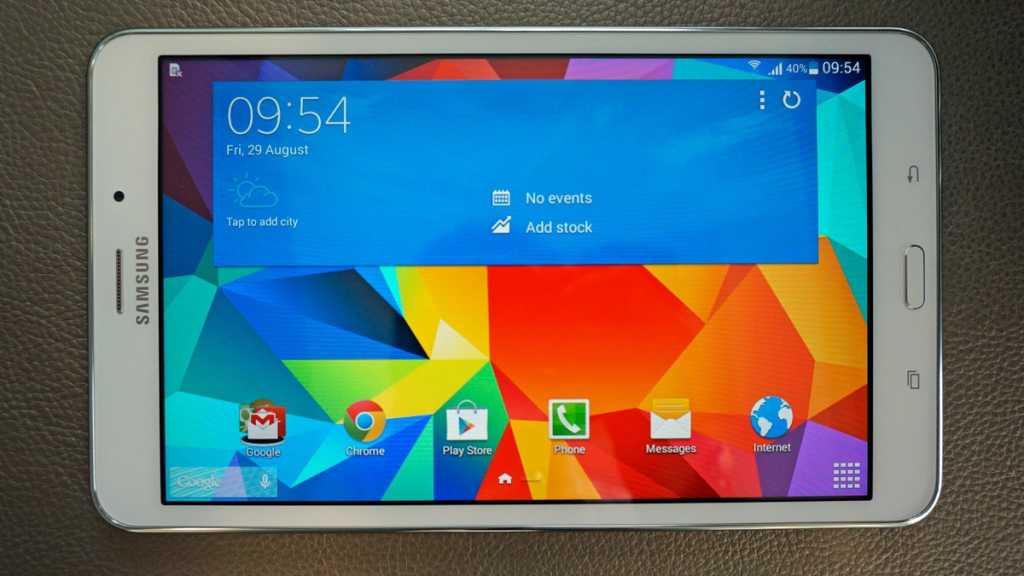 Even though the Tab 4 8.0 is cheaper than the Tab S and Tab Pro tablets, it’s expensive compared to its rivals. Add to this some outdated specifications and it’s no bargain. 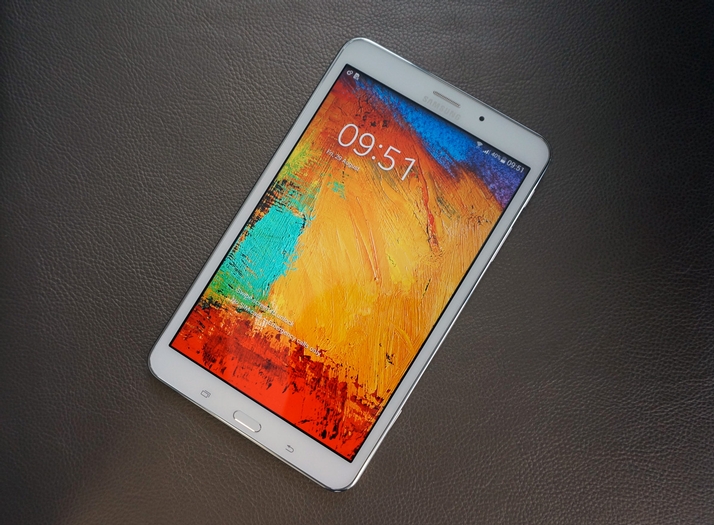 Choosing a  tablet from Samsung’s massive range is confusing. This is the brand new Galaxy Tab 4 8.0 4G & WiFi, which means it’s the fourth-generation Tab series with an 8in screen and has a SIM card slot for 4G (and 3G) data as well as Wi-Fi. Strangely enough, it’s also a phone and – if your hands are big enough and you can live with the unwanted attention from people who think you’re mad – you can use it just like a massively over-sized smartphone. See also: The 25 best tablets of 2014

The ‘phablet’ is available in black or white, with or without the SIM card slot, and sits alongside the 7- and 10.1in versions of the Tab 4 which also come in Wi-Fi or 4G & Wi-Fi versions, providing more choice than any reasonable tablet purchaser needs. There are, of course, other phablets to add to your shortlist, such as the Asus Fonepad 7 LTE.

The Tab 4 is aimed at the more price-conscious end of the market as opposed to the Tab S range, which is the flagship, iPad-rivalling series. It lacks the S-Pen of the Galaxy Note models, too, which are also more expensive.

Since you can still buy the previous model – the Galaxy Tab 3 8.0 – this adds yet more models into the mix and even more confusion since when you compare the specs side by side, they’re basically the same.

What differs is the design. The Tab 4 doesn’t have a faux-metal band around the edge, instead opting for a thin chrome-esque bezel with smaller rounded corners than the old model.

The rear camera is placed centrally instead of in the top-left corner, but there’s still no LED flash. Looking at the back still, there’s a single rear-facing speaker as before but the microUSB port is now on the bottom edge instead of the side.

On the right-hand side are the power and volume buttons. Below these are two pop-out covers: one for the micro SIM card and one for a microSD card (up to 64GB is supported).

Either side of the physical home button are two touch-sensitive controls. These don’t light up – so you can’t find them in the dark – and are a pain when holding the tablet in landscape mode. For example, when watching a videos it’s all too easy for a wayward thumb to press one and go back or bring up the list of recent apps.

There’s no metal in the casing so although build quality is good, the Tab 4 lacks a premium finish.

As a “budget” Android tablet, it’s no surprise to find a relatively low resolution of 1280×800 pixels. However, this means a very low density of 188ppi which makes text look fuzzier than on higher-resolution screens. Some people may not find this an issue, but if you’re used to a smartphone or previous tablet with a high-resolution screen, it could be a disappointment.

At least it’s a decent quality panel. Samsung doesn’t state which technology is used, but it appears to be the same screen used in the Tab 3. The main points to note are that colours are vivid and viewing angles and contrast are good. It’s also nice and bright, but as with all glossy, capacitive touchscreens, is too reflective to be of much use outdoors in bright conditions.

One of the main differences between the Tab 3 8.0 and Tab 4 8.0 is the processor. The older model had a dual-core 1.5GHz chip, but the new one has a quad-core CPU running at a slower 1.2GHz.

It’s again no surprise that the Tab 4 is no powerhouse. You can immediately tell that it’s a low-powered device by swiping between homescreens: movement isn’t as slick as you’d expect in 2014.

It’s fast enough for basic tasks such as email and web browsing, and running two apps on screen at the same time (see Software, below).

The change of processor also means a change of GPU, from an Adreno 305 to a Mali 400 MP4. If anything this is a step backwards, and the benchmark results speak for themselves. In GFXBench, the Tab 4 8.0 managed only 3.5fps in the tough Manhattan test and also failed to produce much above 10fps in the less-demanding T-Rex test.

Although you’ll still be able to play the latest games, you’ll find that graphics quality is pared back, such as in Real Racing 3, in order to maintain smooth framerates.

In terms of other hardware, the Tab 4 8.0 has GPS receiver, Bluetooth 4 (with aptX support), 802.11n Wi-Fi, support for Wi-Fi direct and also ANT+. The latter isn’t well known but means you can use certain apps which can talk directly to ANT+ sensors such as a heart-rate monitor or a speed/cadence sensor on your bike.

Most people won’t even notice or care about ANT+ support, but might miss the IR blaster which is usually found on Samsung tablets. We tested the Wi-Fi and 4G LTE model which definitely doesn’t have infrared for controlling your TV and other set-top boxes.

Another upgrade from the Tab 3 is that the Tab 4 ships with Android KitKat 4.4.2 rather than Jelly Bean. As with all Samsung tablets, you get the Touchwiz interface instead of plain Android. In some ways this makes it slightly more user-friendly, but in other ways is too bloated. 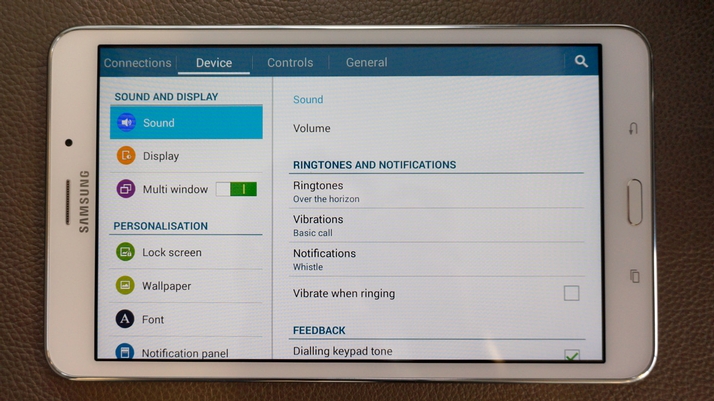 One feature worth noting is the ability to run two apps on screen at once. This means you could have a YouTube video playing in the top half (when in portrait mode) and browse the web or check your email in the bottom half. You can use split-screen in landscape too, and it’s easy to adjust how much space to give each app by dragging the dividing line.

Other features include SideSync 3 which will be handy if you also own a Galaxy smartphone as it lets you transfer data, copy and paste text and send and receive calls on your tablet.

Similarly, you can mirror your tablet’s screen wirelessly onto a compatible Samsung HDTV using the Samsung Link app.

You’ll find the usual collection of Google apps including the Play Store as well as Samsung’s own app store.

Oddly, there are no upgrades in the cameras department. That means that the main camera has just a 3Mp sensor, and the front-facing webcam a 1.3Mp sensor. 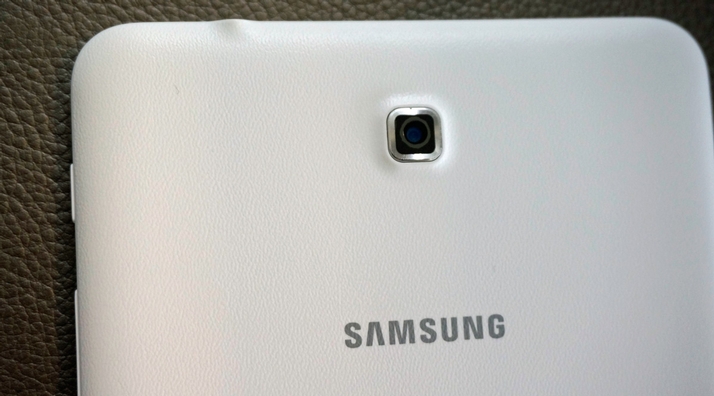 The back camera shoots only 720p video, and has no stabilisation at all. Both photos and video are pretty dismal compared to the best tablets, but they’re usable if you’re desperate. As well as the expected lack of detail, the poor-quality lens means parts of the image can be in focus while other areas are blurry, as can be plainly seen in the sample shot below.

One other thing to be aware of is that the lens isn’t particularly wide-angle, so you can’t fit as much in as you might expect. Switch to video mode and the image is even more zoomed in. 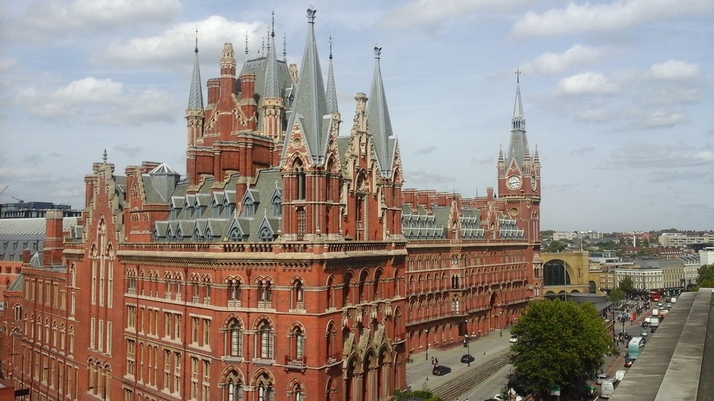 Even though the Tab 4 8.0 is cheaper than the Tab S and Tab Pro tablets, it’s expensive compared to its rivals. You can save a few quid by opting for the Wi-Fi-only version, but at £240, even that’s £60 more than the excellent LG G Pad 8.3. It’s also more than Amazon’s 7in Kindle Fire HDX and Google’s Nexus 7, both of which cost £199 and have far superior screens to the Tab 4 8.0.

The Wi-Fi-only version is £80 cheaper than the iPad mini with Retina screen, but that premium is well worth paying if you can afford it. The Tab S 8.4 is also £80 more expensive but again, if you can afford it, you get a whole lot more for your money.

Price, then, is the Tab 4 8.0’s biggest problem because it’s just too expensive for the outdated hardware.