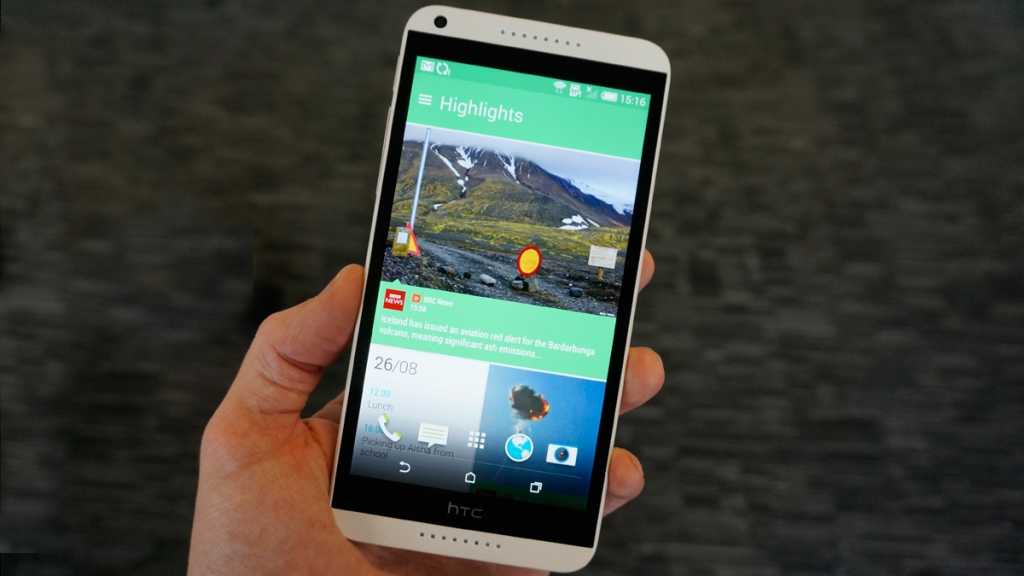 Like HTC’s Desire 610, the Desire 816 sits awkwardly between other smartphones in terms of price, with rivals including the OnePlus One, Nokia Lumia 1320 and Nexus 5 among others. If you’re won over by the big screen, you won’t be disappointed if you can pick one up for around £200. 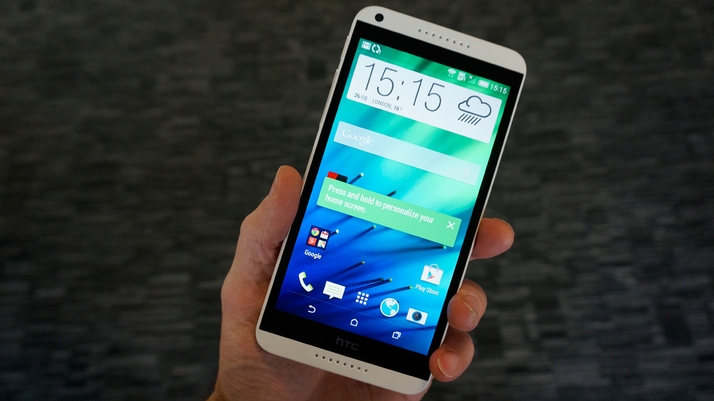 Not everyone wants to shell out for a flagship smartphone, but equally the same people don’t necessarily need to buy the cheapest smartphone going. HTC is aiming the new Desire 816 squarely at the mid-range buyer, and it looks like it’s got the formula just about perfect.

Perfect, that is, if you’re looking for a large-screened smartphone since the 816 has a 5.5in panel which makes this feel huge if you’re upgrading from a 4-4.5in phone. It has to compete with other mid-range Android smartphones such as the Nexus 5 and more recent OnePlus One, which also has a 5.5in screen. See our Nexus 5 vs OnePlus One comparison review

If you’re after a phablet, the Nokia Lumia 1320 has a 6in screen and costs a similar price.

The 816 is available in a Nokia-like selection of hues, but we prefer the white model we were sent for review. The casing is all plastic – no surprises there – with a glossy non-removable rear panel and matt-finish sides and front.

Volume and power buttons are at the top of the left-hand side, slightly unusual but easy to get used to, and there’s a headphone socket on top. The microUSB port is on the bottom, and a pop-out panel on the right-hand side hides the nano-SIM and micro-SD card slots. 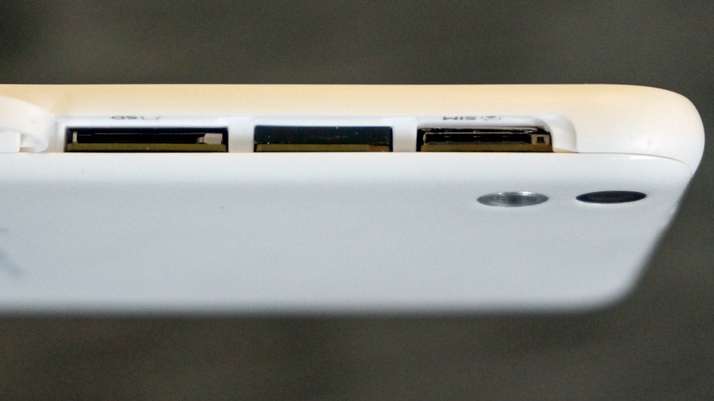 Build quality is very good, if not quite up to the level of the much more expensive iPhone 5C, or the cheaper OnePlus One.

One of the compromises in order to keep the price down is the 720p resolution. This works out as 267ppi – a far cry from the 401ppi of the OnePlus One and 445ppi of the Nexus 5 with its 5in Full HD screen.

It’s still an IPS panel, though, which means the resolution is the only weakness. Colours and contrast are strong, and it’s great for watching videos which look plenty sharp enough.

If you prefer to use built-in speakers rather than headphones, the Desire has the advantage of HTC’s BoomSound stereo speakers which sit either side of the screen. They’re not outstanding, but a clear step above smartphones with a single rear-facing speaker, such as the Lumia 1320. They’re ideal for catch-up TV, YouTube and games.

There’s another compromise: processing power. The 816 has a Snapdragon 400 processor: four cores running at 1.6GHz and backed by 1.5GB of RAM. It feels zippy enough in general use, but it’s no match for the Nexus 5 or OnePlus One with their much speedier chips.

It’s the same story for 3D graphics: the Desire could manage only 11fps in GFXbench’s T-Rex test but the other two phones deliver smooth 24+ frames per second gameplay.

Our review model didn’t have NFC (HTC says this is an optional feature), nor does the 816 benefit from 802.11ac Wi-Fi – it’s limited to 802.11n, and 2.4GHz not 5GHz. There’s GPS, though, and Bluetooth 4.0. A small bonus is that it supports aptX for better Bluetooth audio streaming if you have a compatible speaker system. The microSD slot will accept cards up to 128GB, and you’ll certainly want to add to the meagre 8GB of internal storage. Around 6GB of this is available out of the box.

Phone-wise, the Desire 816 supports 4G as well as 3G, and we had no complaints about signal strength or call quality during our testing.

As well as GFXBench, in which the HTC Desire 816 recorded 11fps, we also ran the smartphone through Geekbench 3 and SunSpider. In the former test the 816 managed 439 points in the single-core component, and 1503 points in the multi-core segment. In SunSpider it managed 940ms. You can see how all these scores compare to the latest phones we’ve tested in our article: What’s the fastest smartphone 2014. 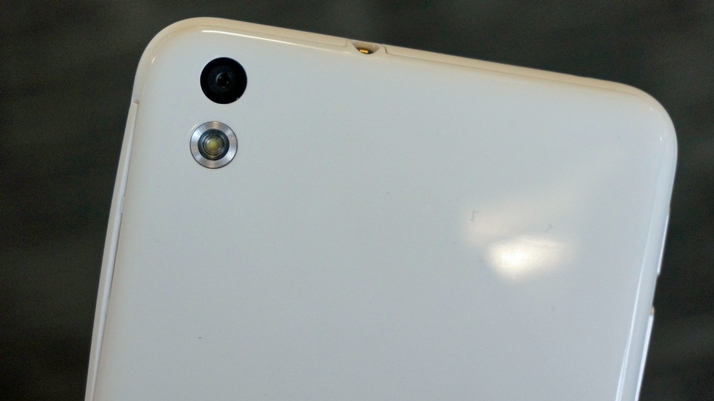 Keen photographers will probably be looking at the 816 because of its cameras. At the front is a 5Mp snapper which can also shoot 1080p video, and there’s a 13Mp main camera with an LED flash at the back. It’s basically the same arrangement as on the HTC One mini 2.

Video options include 720p and 1080p resolutions, but you can also change the mode to 60fps or slo-mo.

Video quality is reasonable, given the right conditions. It’s fairly sharp and the stereo sound track helps improve the perception of quality. One big issue is that there’s no stabilisation, so video footage is shaky. But as with the One mini 2, there’s too much compression for our liking, leading to a lack of overall detail.

The camera app is also the same and takes a bit of getting used to. Once you realise you need to tap the Auto icon (within settings) to see the list of shooting modes, a whole load of options are opened up including HDR, which is otherwise easy to miss.

And you’ll get much better results if you do switch to High Dynamic Range mode whenever there’s high contrast in the scene, as the main camera doesn’t deal with bright backlighting very well. There’s manual control over ISO and EV correction, plus a self timer, but not much else.

Photo quality is decent unless you zoom in and look at the actual pixels. Snaps are fine for small prints or sharing online but, unfortunately, this is not the best camera out there on a smartphone. 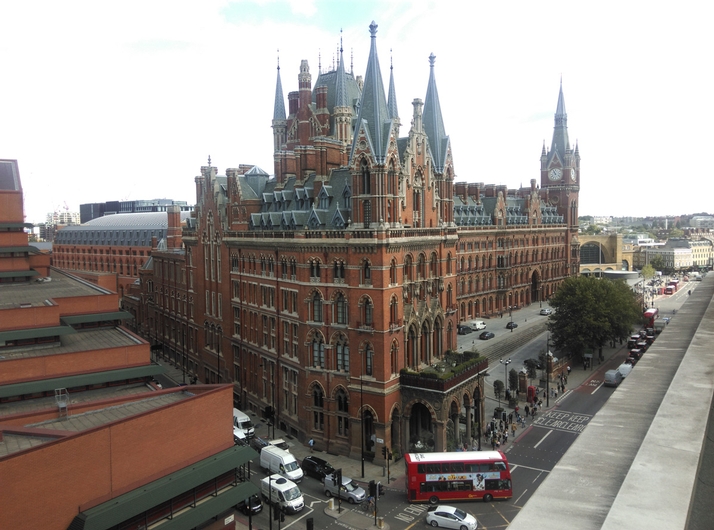 Here’s the same photo, but taken with HDR enabled: 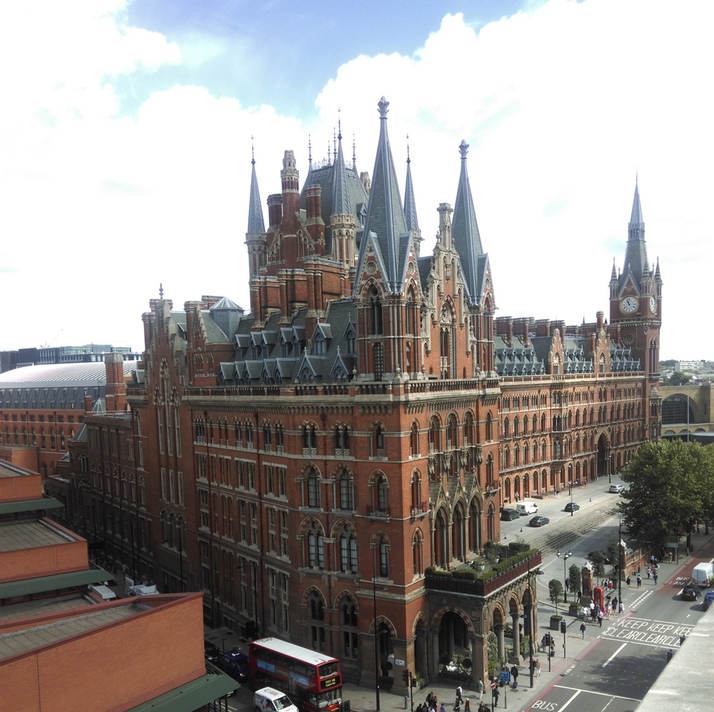 With a 2,600mAh battery, we weren’t expecting the 816 to last for ages between charges. Sure enough, we found it necessary to enable to Power Saver mode to ensure it lasted a full day. There’s also the extreme power saving mode as on the One mini 2, which turns off practically everything (and dims the screen) to eke out an extra day of life when you’re out and about without power and might need the to make an emergency phone call or send a text.

Bottom line: other large screen phones including the Lumia 1320 and OnePlus One last a bit longer than Desire 816.

Like HTC’s Desire 610, the 816 sits awkwardly between other smartphones in terms of price. You can find it online for around £210, which is a lot cheaper than its RRP of £289. However, trying to find a reputable seller for much less than the RRP is tricky.

The OnePlus One is a better smartphone but getting your hands on one is difficult, if not impossible at the moment. The Lumia 1320 is easy to find for around £220, but this is a good deal only if you can live with Windows Phone 8.

The Nexus 5 has a smaller but higher-resolution screen and costs the same again if you hunt around online. But buy it from Google and it will still set you back £299. It’s a better choice for most people as it’s also faster than most of its rivals, but it falls down on photo and video quality.

If you’re won over by the Desire 816’s design and features and still want to buy one, you won’t be disappointed if you can pick one up for around £200.