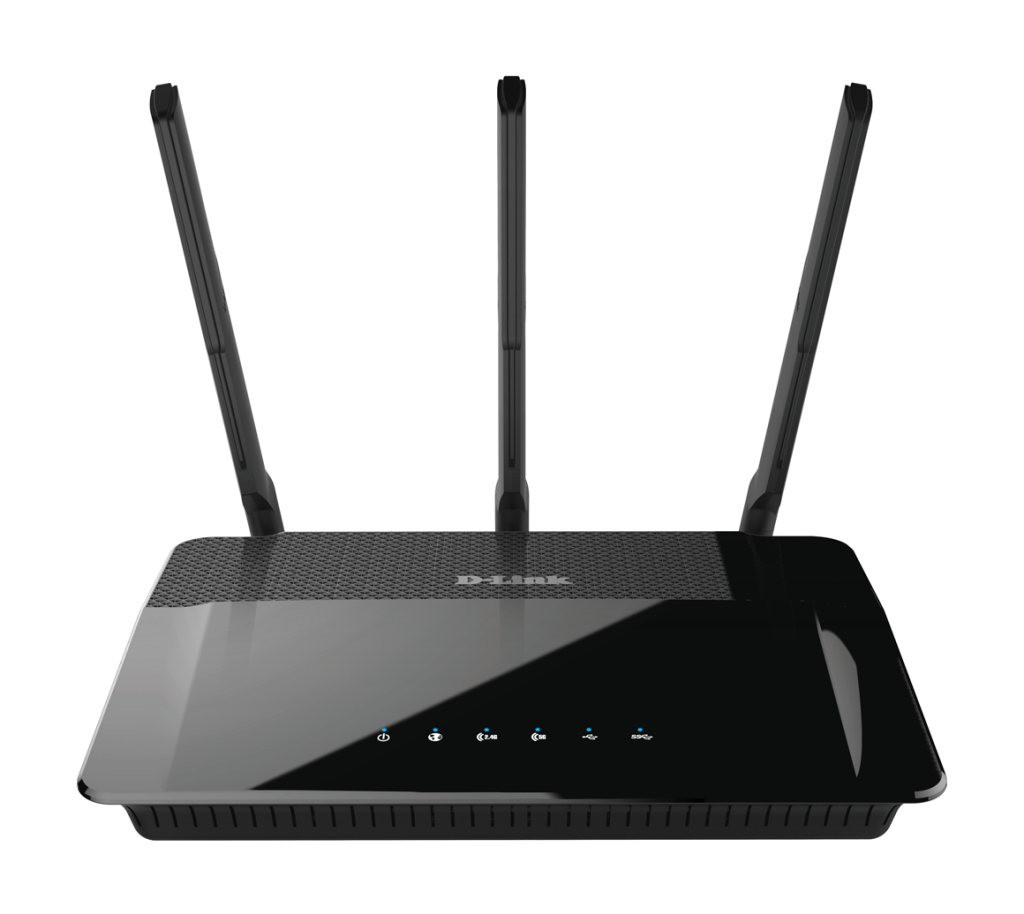 The D-Link DIR-880L is an easy-to-configure wireless router with enough advanced features to also keep some power users happy. Its nearby wireless performance with 11ac was the best on test, and it also worked well at range, approaching one-third of 11ac’s rated three-stream speed in the 10 m test. The DIR-880L’s official price is £173 but at the £130 some shops are selling it, it earns a recommendation. 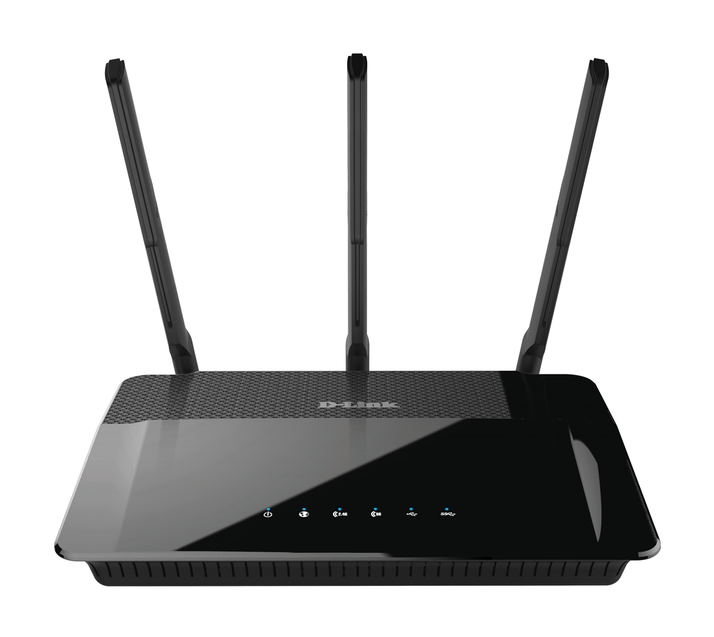 It may be a small point to some, but the D-Link DIR-880L distinguishes itself by its choice of colour. With the exception of Apple, there are few other wireless routers currently on the market in the more domestically acceptable white finish. Beneath the high-gloss pale skin though, there’s less to separate this model in features from other brands’ routers. See also Best routers of 2014.

The DIR-880L is D-Link’s best router, the model for which the company claims ‘the ultimate wireless connectivity’.  It’s a dual-band design with three external antennae, and is specified for 600 Mb/s operation on the familiar 2.4 GHz band, and 1300 Mb/s on 5 GHz using draft 11ac Wi-Fi.

The DIR-880L is a flat table-top design with three tall removable aerials ranged along the back panel. A mounting kit also enables you to fix the unit upright to a wall. Six LEDs light across the top to denote various modes of operation, and cooling vents can be seen around the front and side edges, in a design most redolent of Cisco’s E4200 and related models.

On the back are the standard one gigabit WAN port to plug into an outboard modem, and four gigabit LAN ports. Also here is one USB 2.0 port for connecting USB storage or a printer; another port labelled USB 3.0 is sited on the left, when viewed from the front. A power button behind lets you easily switch off the router without having to pull the DC cable from its wall-wart adaptor, but there is no button to simply switch off wireless radio. Wi-Fi Protected Setup (WPS) is available using a button in the router’s right side.

The antennae are unusually broad, like propeller blades, and can be rotated to taste although we didn’t notice any difference in wireless performance at different twists. Setting the central aerial vertical and pointing the outriders at 45 degrees gave good results though.

D-Link includes its mydlink service, which enables you to access and view your home network from an external PC, tablet or smartphone, with apps available for Apple iOS and Google Android. The Shareport app lets you use the router as a cloud storage device, after attaching a USB drive, while mydlink Lite allows remote viewing of your network. We didn’t try any of these services so cannot comment on whether they work.

Features found in the admin interface include a web filtering firewall that can be set to a daily schedule, system logging, and traffic statistics with a graph view. A quality of service (QoS) facility has a manual override that lets you prioritise nominated client devices on the local network. IPv6 is supported with options such as IPv6 in IPv4 Tunnel and 6 to 4 routing.

The graphical interface is relatively easy to use, cleanly laid out and with Windows 8-style interface cues. See all Wi-Fi and networking reviews.

The overall wireless performance of the D-Link DIR-880L was one of the best in the group test of six leading draft 11ac wireless routers.

Using 2.4 GHz 11n, and in common with most other routers here, it averaged 171 Mb/s at short range, which seems to be the highest practicable speed available under near-optimal suburban conditions on this frequency.

At 10 m its 11n peformance was in the middle of the pack, averaging 120 Mb/s. It had fairly strong results of 133 Mb/s in server-to-client (StC) transfers but was dragged back a little by its 106 Mb/s result with incoming traffic.

On the (currently at least) open 5.0 GHz plains using draft-11ac Wi-Fi, it returned the highest recorded short-range average figure here of 625 Mb/s – including a 636 Mb/s result from StC flow. That was at 2 m – in the longer range 10 m test it also returned a reasonably healthy 389 Mb/s average.

Its USB 3.0 port is ready to accept Microsoft formatted drives only (FAT and NTFS), and had read speeds up to 51 MB/s but was much slower writing data, down at 24 MB/s.

Power consumption was little different to other 11ac routers we tested at the same time, here idling at 10 W and rising slightly to 11 W when under wireless load. See also Best routers of 2014.