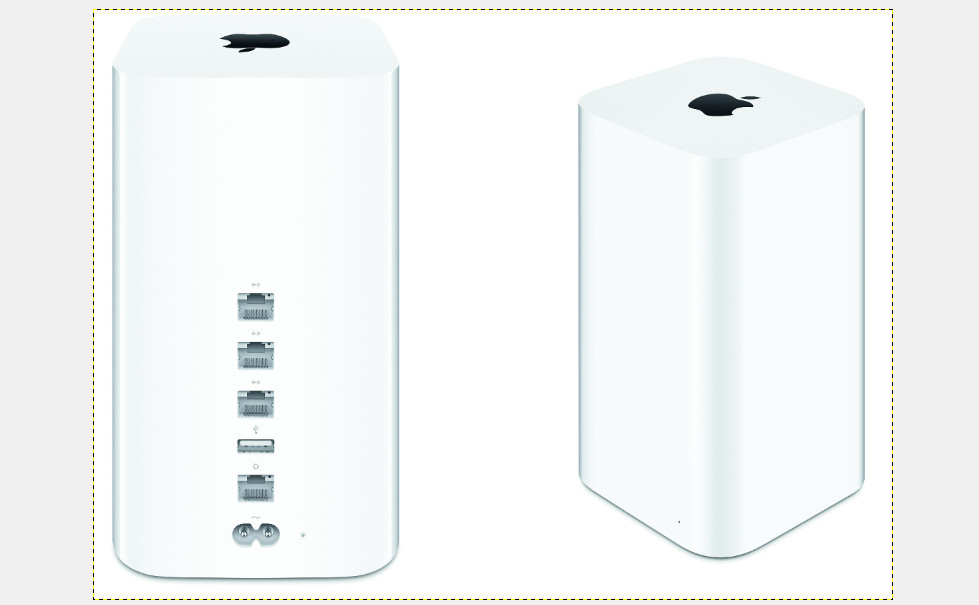 The AirPort Extreme is superbly built from the outside and meticulously engineered on the inside, a solid-feeling piece of wireless router hardware that has the least router-like appearance of any such appliance. It lacks some of the more arcane setup options found in other flagship designs, trading these for simpler and more accessible options for the wider audience of non-network specialists. Its performance on 11n in particular is outstanding even if its 11ac speed was behind the current leaders of the pack. If you have a Mac or even just iPhone or iPad, it’s a doddle to set up and use, and is well supported with essential firmware and software updates.

For Mac users, the Apple AirPort base station has long been the go-to  wireless router over various incarnations. That’s not least because the AirPort units are about the easiest in the world to set up, beside the obvious design aesthetic which recommends them to people that don’t like ostentatious or ugly IT boxes on show around the home. See also Best routers of 2014.

But users of Windows PCs shouldn’t feel left out as the AirPort Extreme is a standards-compliant wireless router that works with any IEEE 802.11 device. There is the unusual issue of setup and administration though – unlike every other wireless router that’s configured by a web browser, AirPort hardware can only be accessed through dedicated software, available for iOS and OS X.

Apple was a pioneer in Wi-Fi technology, the first company to bring the freedom of viable wireless connectivity to computers in 1999. Since that time the base station has evolved from circular UFO shape, to flat white square pancake, to this new tower-block form that was released last year. It joined the MacBook Air as the first 11ac wireless products from Apple.

There are two versions of the AirPort station, the standard Extreme version tested here; and the Time Capsule version that includes a 3.5in hard disk inside. This enables straightforward full-system backups of any Apple Mac on the network, with automatic incremental backups every hour. The two AirPort devices are externally identical, the only difference being the addition of the 2 or 3 TB SATA disk inside the latter unit.

At its core the AirPort Extreme is a fairly conventional dual-band 11ac router, based on a Broadcom chipset, with three stream capability. But there are many details that set it up from the larger crowd of routers, which often seem to be based on a reference design from Broadcom that’s been cloned into different-shaped boxes.

Unlike any other router, its power supply is mounted internally, so there is no unsightly wallwart and its twisty-tangly cable to hide. Instead you just plug in a figure-of-eight (IEC C7) mains lead. Apple supplies a matching white cable in the box.

The Apple router unusually includes a cooling fan inside, although we found this effectively inaudible in normal use. And in contrast to most routers that reuse the same aerial elements for transmit and receive, the AirPort Extreme has six separate antennae, spaced around the upper section just below the top surface, three each dedicated to either wireless transmission or reception. See all Wi-Fi and networking reviews.

The exterior design is very clean and simple, presenting a seamlessly finished gloss-white square column. It has smoothly rounded edges and stands a little under 170 mm tall. Facing front is a single pinpoint LED that glows green when all is well, and flashes orange when an issue is detected – even something relatively innocuous such as a double-NAT situation.

On the rear face are just three gigabit LAN ports, a gigabit WAN port for a separate DSL modem, mains cable inlet and a USB 2.0 port. The AirPort Extreme is the only premium wireless router we’ve tested recently without a USB 3.0 port. But in view of the mediocre performance available to routers with the later blue-coded ports, it’s not missing out much.

In place of a full-screen webpage, the setup utility offers all setup facilities through a small application window; or alternatively through an iPad or iPhone app. Most of the usual features are included, for example, to configure each radio network with its own name and password, automatic or manual selection of channel. You can select a bridged mode if you don’t wish to use the AirPort as a DHCP server, and it’s a straightforward operation to introduce additional AirPort Extreme or Express units to extend the wireless network.

Access Control is offered to restrict named wireless clients from getting an internet connection during a pre-arranged time and day schedule. VPN passthrough is available although there’s no VPN server option. Another power user option absent is changing of MAC address, which can be a mild inconvenience for users whose ISP tries to lock their connection to a specific router or modem. In our experience, we’ve had to wait for an hour when first setting up in order for the provider to update their MAC logs.

In our close-range tests over 2 m the AirPort Extreme performed as well as the best routers we’ve seen can muster on 2.4 GHz 11n – just over 170 Mb/s average. But in the 10 m test it returned the best results on test, breaking records while averaging 159 Mb/s, where the nearest competition has been 20 Mb/s or more slower.

In draft 11ac mode the AirPort Extreme had a middle-order average of 572 Mb/s at close range, falling to a less competitive 328 Mb/s over the 10 m distance.

Its USB port was the slowest on test, held back by its USB 2.0 spec to reach 20 MB/s read speeds and just 9 MB/s for writing. That’s amply fast enough for an attached printer although it would discourage the use of an attached USB drive for file serving, or Time Machine backups (which is possible if officially unsupported).

If router-attached storage is your need, it would be wiser to pay an extra £80 to gain the 2 TB space available in the AirPort Time Capsule. When we tested that version of the AirPort we found it had comparable performance to the latest flagship 11ac routers with USB 3.0-attached flash drives, with an averaged result of 54 and 24 MB/s respectively for large-file sequential reads and writes.

Power consumption was the lowest on test at just 9W in active wireless use, and 8W when idle. See also Best routers of 2014. 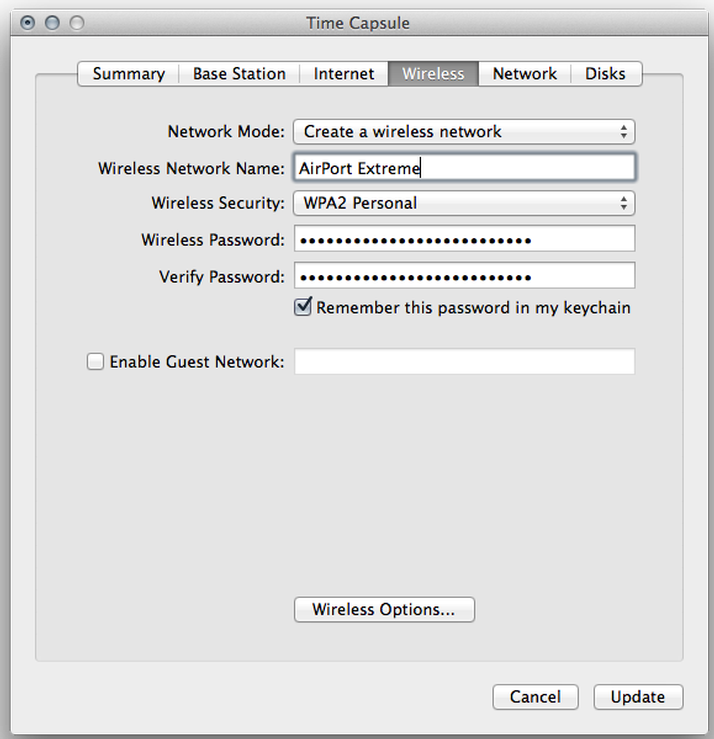