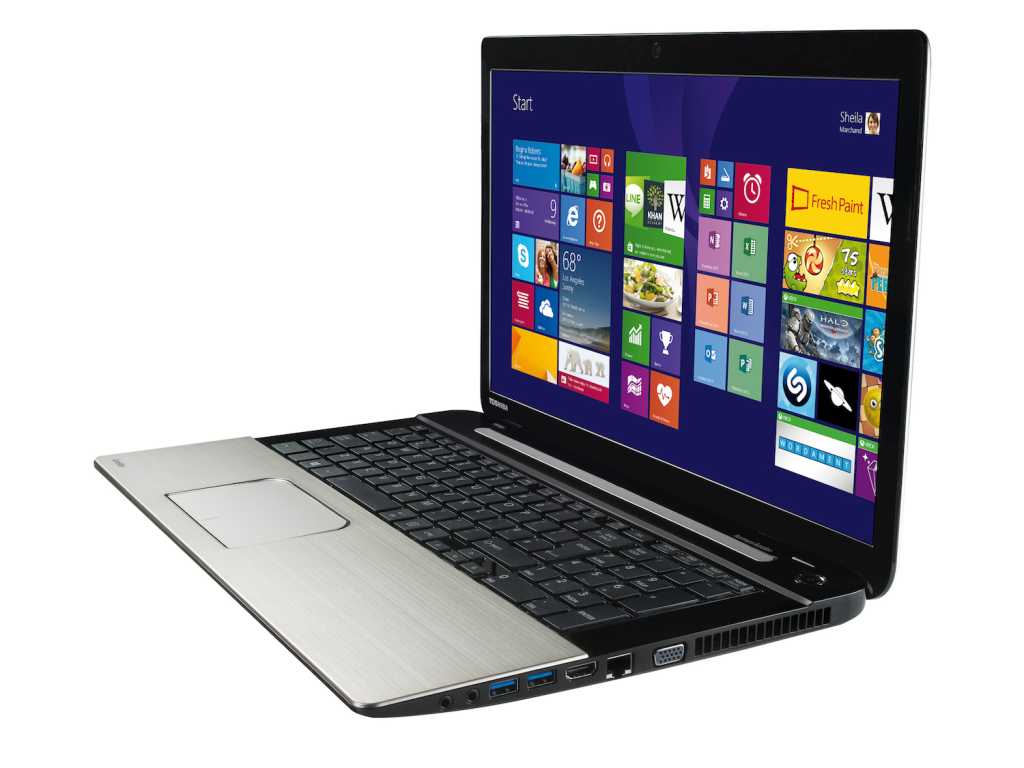 The Toshiba Satellite S70 provides strong all-round performance and will make a good desktop-replacement system for both home and office use. However, the screen is below par for a laptop in this price range, and that’s an obvious weakness in a laptop that is clearly designed for entertainment. That leaves it looking over-priced at £1199, so if it still interests you it’s worth shopping around to see if you can find it at a better price online rather than buying from Toshiba directly. 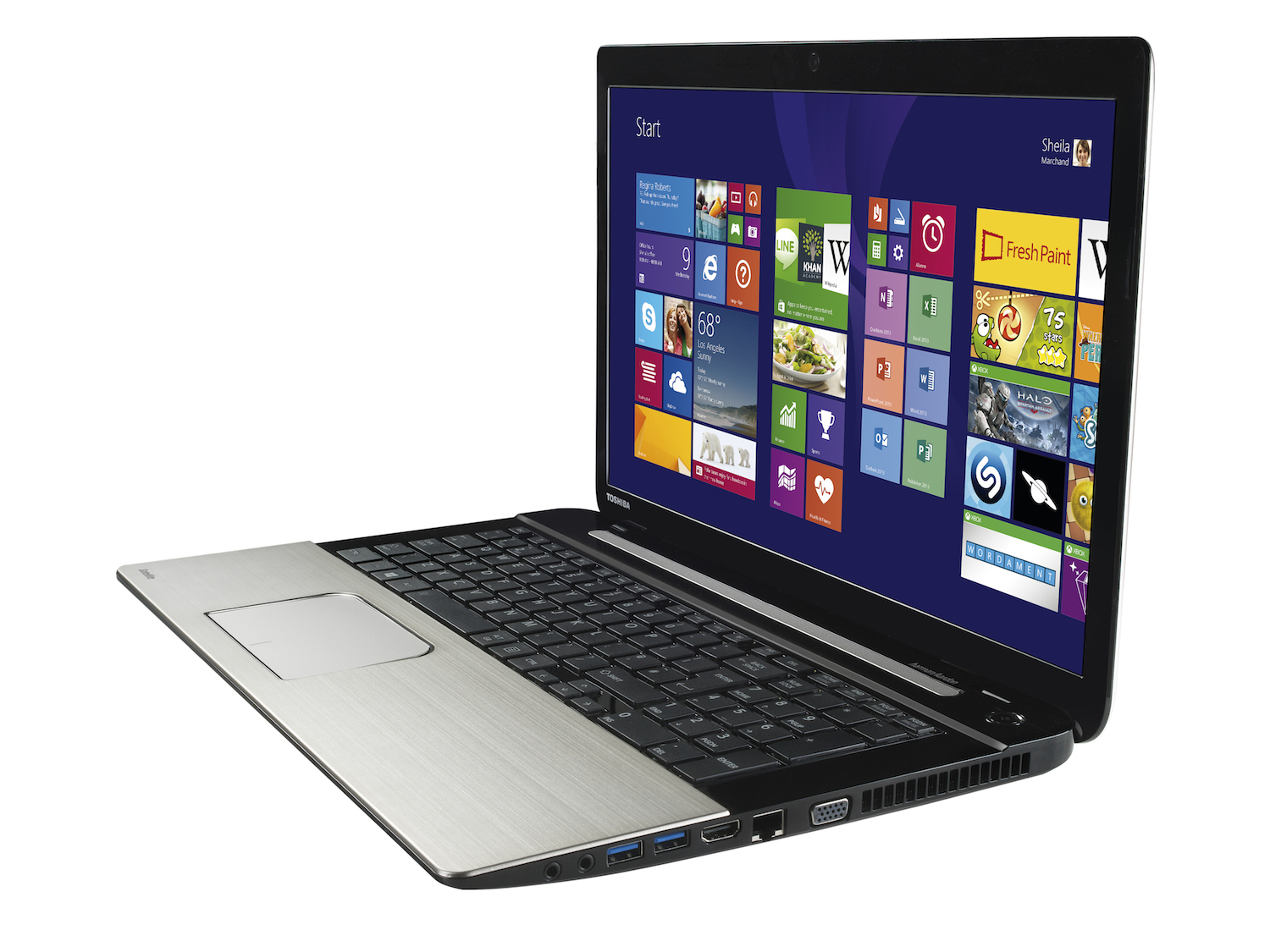 We recently reviewed Toshiba’s C70 laptop, which attempted to provide a 17-inch entertainment laptop for a bargain-basement price of just £379. The C70 was certainly cheap, but a laptop at that price inevitably offers pretty modest performance and build quality. If you’re looking for a 17-inch desktop replacement that provides stronger all-round performance and a wider range of features then the more expensive Satellite S70 may be a good alternative. See also: What’s the best laptop you can buy in 2014?

The S70 makes a good first impression with its smart black-and-silver trim. It’s a little chunky at 33 mm thick, and with its 17.3-inch screen and built-in Blu-ray drive it weighs 2.7 kg, which is only slightly heavier than many 15-inch Windows laptops. It’s no Ultrabook, but you can move it around at home or in the office without any trouble.

The aspect ratio of the widescreen means that there’s room for a numeric keypad, and good size trackpad (105 x 70mm) is included too. A large Harmon Kardon-branded speaker panel runs right across the top of the keyboard and speakers within provide plenty of volume and a more solid bass sound than most laptops. 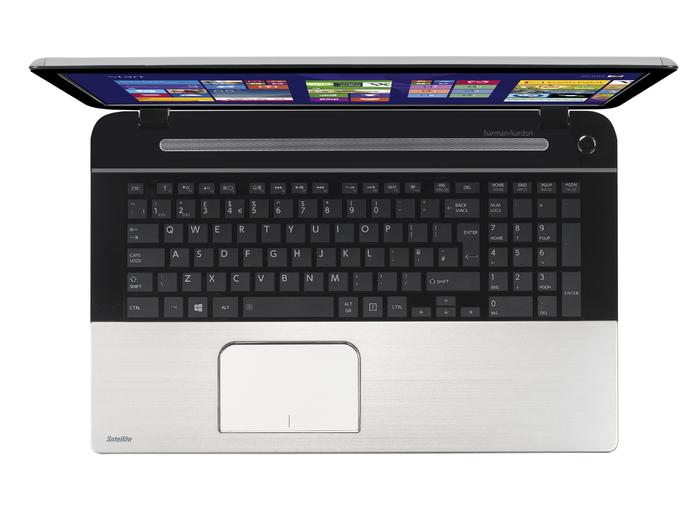 Connectivity options include gigabit ethernet for wired networks, and both HDMI and VGA ports for connecting to external displays. Now running Windows 8.1, you can also try Miracast for streaming video wirelessly from the Toshiba to a compatible display.

Unfortunately, the built-in screen didn’t live up to expectation. As you’d expect, the 17.3-inch screen does provide full 1920 x 1080 resolution for high-defintion video. It’s bright and colourful and provides good horizontal viewing angles, but we were disappointed to find that the vertical viewing angles were more limited. The image darkens noticeably when you tilt the screen panel backward or forwards by just a couple of inches, and we often found ourselves nudging the screen in order to improve visibility.

It’s not a fatal flaw for everyone, and the S70 is still a choice for watching streaming video and Blu-ray films, but a laptop of this price needs to include a decent quality display with better all-round viewing angles. 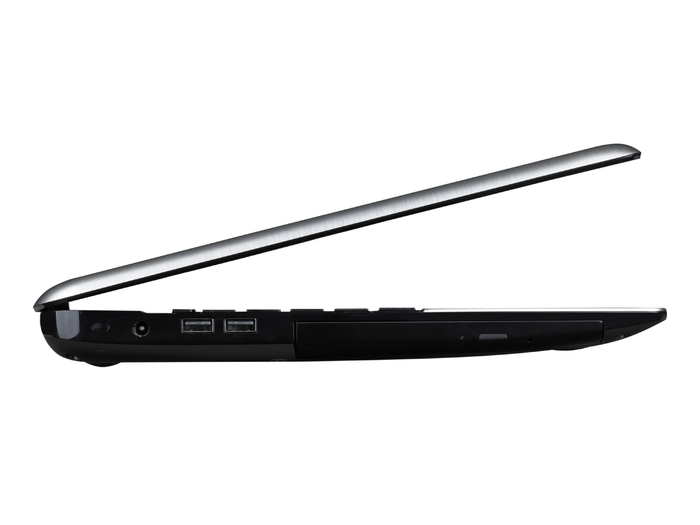 Speed performance is impressive, though. The Satellite S70 is equipped with a quad-core Haswell-generation Intel Core i7 running at 2.4GHz, 16 GB of memory, a hybrid 1 TB hard drive that includes an 8 GB solid-state module. Graphics comprise an AMD Radeon HD8800M processor alongside Intel’s integrated HD 4600 option.

The hard drive would normally act as a performance bottleneck, but its little SSD module worked a treat, allowing the S70 to restore Windows in a snappy 10 seconds when using the Windows 8 fast-start option.

The laptops managed a strong score of 5288 points when running the general-purpose PCMark 7 tests, which is good going for a laptop that doesn’t include a proper solid-state drive.

It also does well in the Home and Work test suites in PCMark 8, with scores of 3429 and 3238. So while the screen is a little disappointing, the S70 provides all the power you need for a top-of-the-range desktop replacement system. It’ll handle routine work in MS Office with no trouble at all, while its 16GB of memory and large display ensure that it’s a good choice for demanding tasks such as photo- or video-editing work. 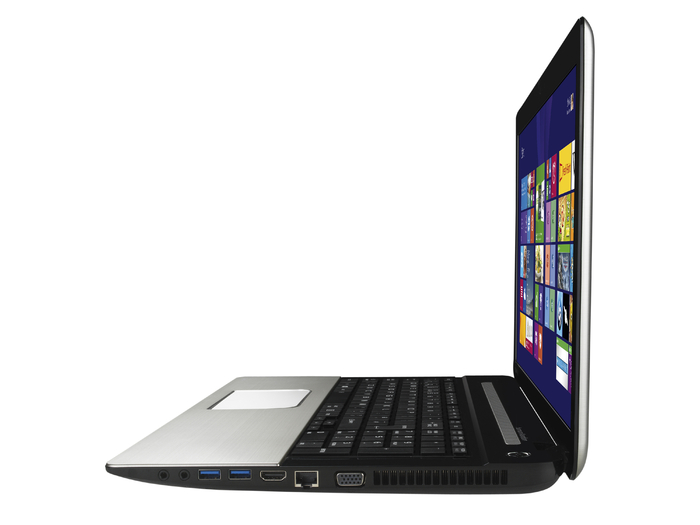 It can even handle some solid gaming action as well. The S70 isn’t designed as an all-out gaming rig – and for some reason it wouldn’t run our normal Stalker casual gaming test – but its Radeon HD8800 turned in good performance with demanding games such as Batman: Arkham City.

At screen-native 1920 x 1080 resolution with DirectX 11 and High graphics settings, the S70 still managed a perfectly playable 38 fps. We only had to step down to 1600 x 900 to then average a very smooth 50 fps. Toshiba also told us that it may upgrade the GPU to a newer Radeon R9 soon, so it’s worth double-checking the laptop’s specification before buying.

Switching to the less power-hungry integrated graphics still only allowed us to get 3.5 hours (210 minutes) of streaming video, so battery life isn’t poor. However, a laptop like this isn’t going to go outdoors so often, and that should still allow you to give a presentation or watch a film without having to worry about the battery.