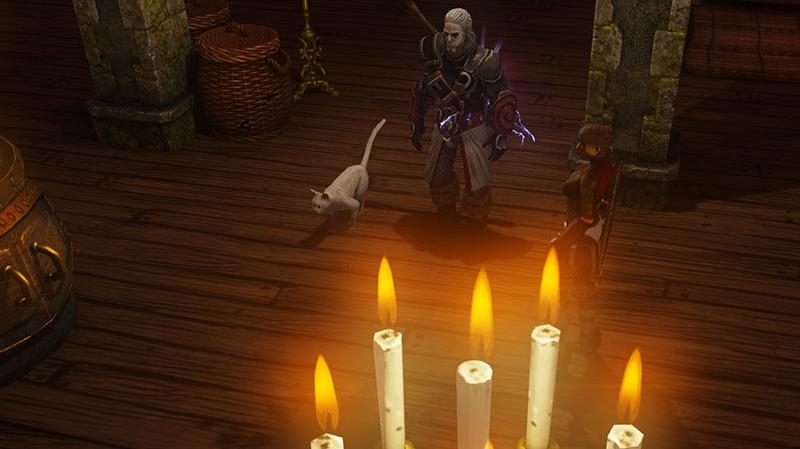 Divinity: Original Sin sometimes creaks under the weight of its many features, but all told it stands proud and provides a wonderful blend of roleplaying’s past and present. Rich, vast and very silly where it needs to be, this is a triumphant achievement.

Proving, as so many other games have lately, that there is a huge appetite out there for games based on genres and values long since abandoned by the mainstream industry, Divinity: Origina Sin has been a runaway success. A roleplaying game that’s starry-eyed about the classic likes of Ultima and Baldur’s Gate, this sprawling title goes out of its way to be a giant toybox.

You can steal almost anything that it isn’t bolted down, you can use fire and water spells to create vast infernos or electrifiable ponds, you can create a vast range of experimental cookery, and you can even talk to the animals.

While plot-wise Original Sin involves mostly linear progression, the freedom to muck around (often just for the sake of mucking around) as you travel down that very long straight line is immense and refreshing. As trite a phrase as it it might be, it’s almost impossible not to pin the words ‘labour of love’ onto Original Sin. It’s giving long-time RPG fans what they want, but it’s doing it because that’s what its creators want too.

Said creators have seen middling success and acclaim for their long-running Divinity series, which has long boasted best intentions but wobbly execution. Granted a decent budget at last, thanks to a big Kickstarter success, they’ve finally been able to go for it. There’s so much to do, and not just in terms of quests – Original Sin works very hard to get its systems right.

A town’s citizens go about their own business to some degree, there’s an involved stealth system if you like to play such things as a tea-leaf, and furniture within rooms can be re-arranged to your heart’s content (though not always to the content of the room’s owner – a reputation/annoyance system means you can quickly end up in fights for not respecting others’ property). ‘Living world’ would be going too far, but ‘experimental Lego set with fireballs and thievery’ might not.

The main story/quest isn’t quite so impressive or unusual as the optional stuff, though perhaps it’s deliberately straightforward in order to give players who don’t enjoy pratting about something to sink their teeth into. There’s also a wider problem in terms of the game communicating what you’re supposed to do, and where, in order to progress. 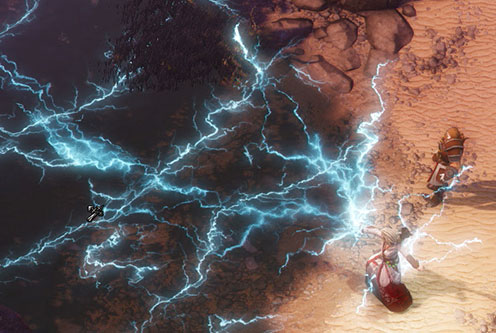 It’s not uncommon to find yourself wandering aimlessly or accidentally into the middle of a fight you’re not strong enough to survive yet, because meandering or vague dialogue and pointers have left you clueless. Sometimes, this approach suits the game down the ground, as it encourages poking at the rules and seeing what’s possible, but other times it simply means slowdown for no good reason.

Playing the game in two-person co-op can help get around this, as well as more generally encouraging experimentation and unpredictable outcomes. A spot of burglary is a very different affair when you’ve got one player distracting a storehouse’s owner while the other one disguises themselves as a giant bush and nicks everything in sight, for instance.

Or there’s the option to discuss and bicker about moral dilemmas, both big and small – whether it’s deciding a character’s fate or making a call as to whether robbing an old lady is justified if it helps you buy a sword that in turn helps you to save the world. The co-op system isn’t perfect, but this is certainly an RPG that’s properly set up for two-person play, rather than just including it as a semi-functional gimmick.

Whether solo or co-op, this is a game in which you’ll quickly lose yourself to sharp, funny writing, an excess of optional pursuits and an elaborate, explosive combat system that’s based heavily on the elements (freezing, burning, electrocuting). While there’s still competition yet to come this year (particularly Dragon Age: Inquisition and Pillars Of Eternity), Divinity: Original Sin has a great shot at being 2014’s best RPG, and thoroughly deserves its surprise success.