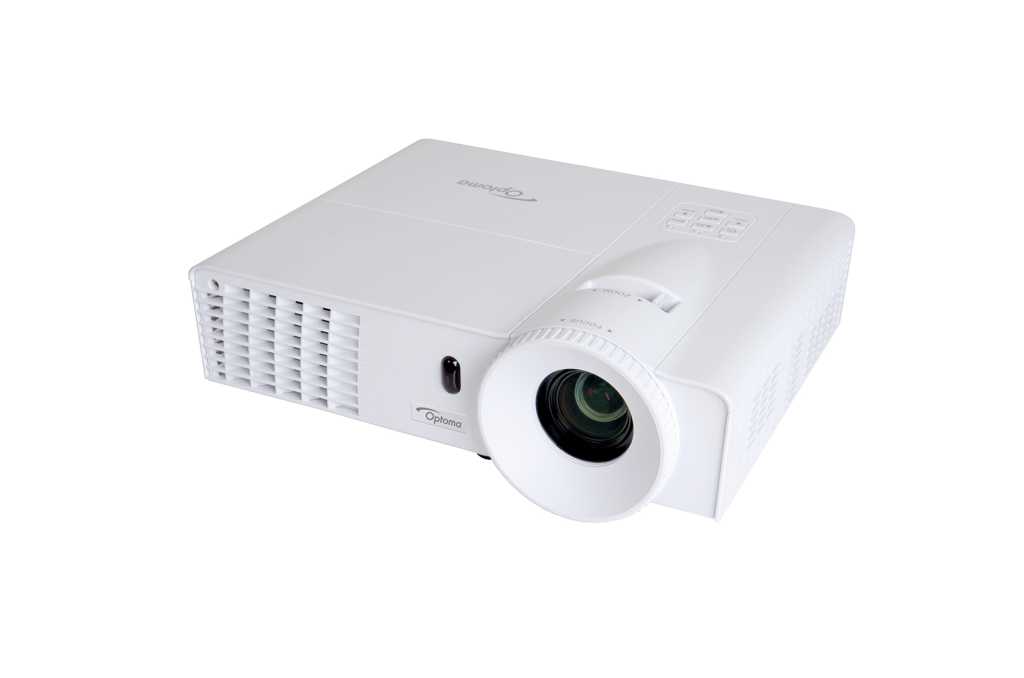 With prices online as low as £681.65, Optoma’s multi-connected EW400 with its bright and clear presentation is an affordable as well as attractive choice for boardrooms and teaching establishments.

If you’re a business person on the move with presentations to make, then you’ll be pleased to know that there are desktop projectors on the market that have dropped below the £800 barrier. See also Group test: what’s the best projector?

One of these is the EW400, Optoma’s latest plug-and-play desktop DLP projector that manages to combine being stylish with being highly practical, bristling with a range of connectivity options.

Weighing a comfortable 2.04 kg and measuring just 288 x 220 x 86 mm, this feels like a sturdy projector with an attractive all-white exterior. It can be fixed to a tripod or placed on a flat surface with a ±40 degree vertical keystone correction.

A journey to the back of the unit reveals a selection of handy connections including a USB connector to PC which can be used for Remote Mouse function, a separate USB input for flash drives, keyboard and mini Wi-Fi dongle. There’s also a Mini-USB input for a display.

In addition, you have HDMI, RS-232, VGA out, 2x VGA in, composite video, RJ45 for ethernet connections, and a set of 3. 5mm audio jacks and a microphone input.

You’ll have to purchase separately the Mini Wi-Fi Dongle kit (WU5205). When we tried it there was a problem with the software version of Optoma Presenter not connecting to the EW400. The Optoma techies told us there might have been a conflict with Windows 7 and have since recommended that anyone wanting to use the Dongle should download a correct version from https://www.optoma.co.uk/optomapresenter. Once the update was installed, the connection was established almost instantly.

Controlling your presentations can be organised via PC, via the chunky yet efficient remote control (which includes a laser pointer), or manually via the control panel behind the zoom lever on the EW400.

If you have several projectors linked to your network, you can control them simultaneously by downloading the free Crestron RoomView package.

Colour quality is vivid and bright with a 15,000:1 specified contrast ratio. Six preset modes range from Movie and sRGB to Presentation and Blackboard and offer varied contrast and illumination settings.

We found films tended to project in lighter tones than the original but photos and graphics were sharp and documents bold.

Just a note – to get the full 6000 hours worth out of your lamp, you’ll have to run the EW400 permanently in Eco mode with the auto power off feature enabled. See also Group test: what’s the best projector?