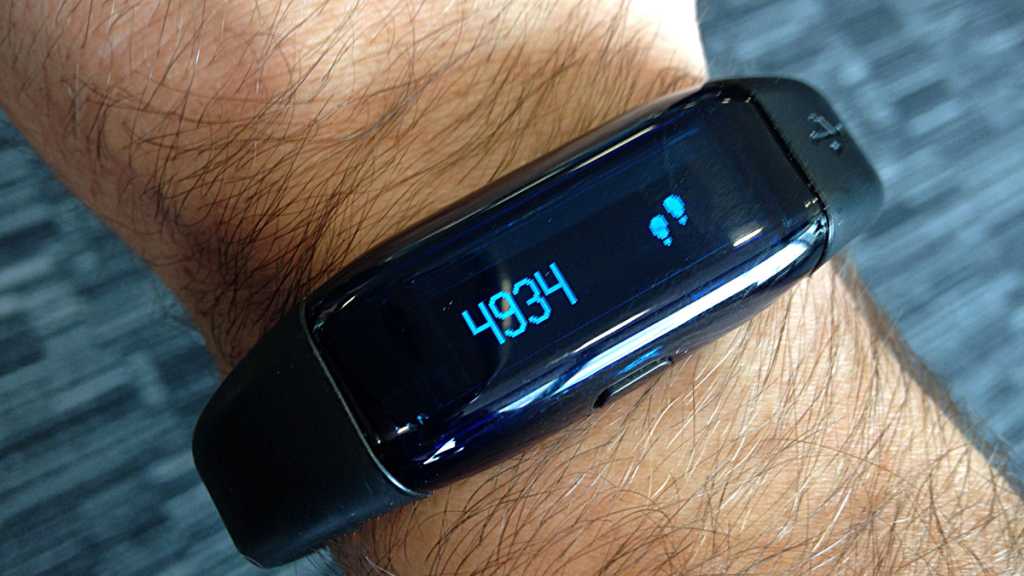 It may cost only £50, but that doesn’t make the Activity Tracker good value. It’s a glorified pedometer and lacks features you’ll find in other trackers such as the Fitbit One, Jawbone Up24 and Nike FuelBand SE. Its only saving grace is the handy clock. 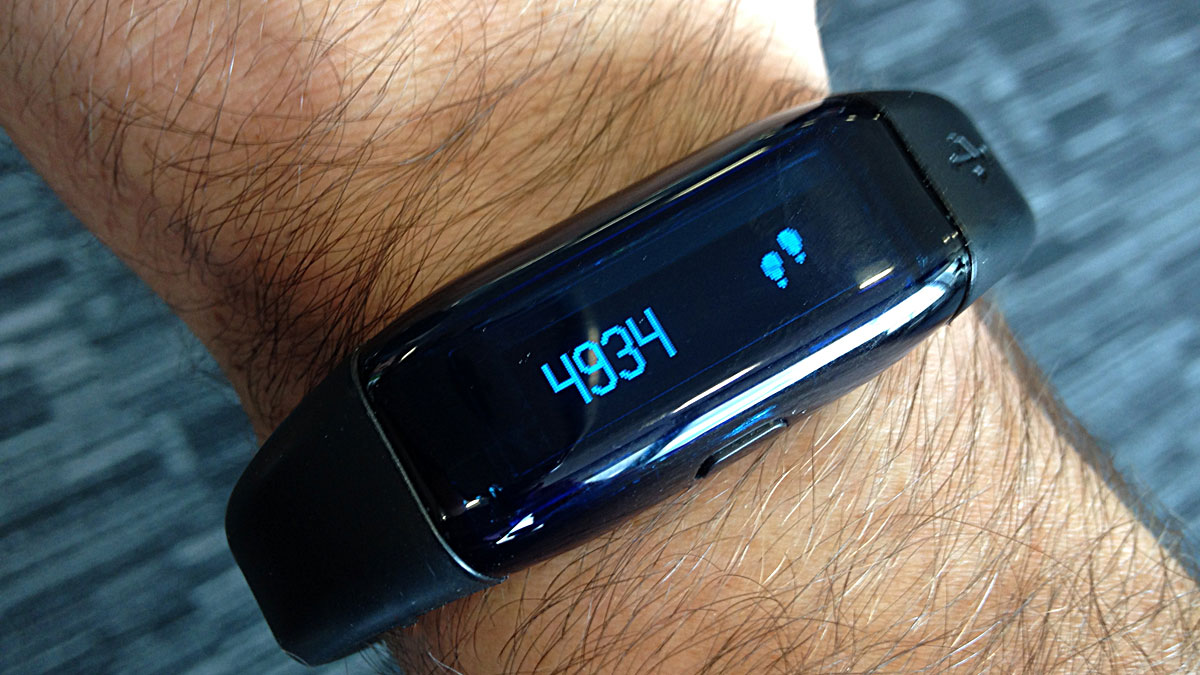 Not much thought went into naming Archos’ first activity tracker, but at least it says what it does. This £50 tracker is a cross between the Nike FuelBand and Fitbit One, and is almost what we wish the Fitbit Flex had been.

It’s a lightweight rubber band which clips onto a plastic device that’s rather like the Fitbit One. In fact, the OLED display appears to be a blatant copy of Fitbit’s apart from a couple of details. When you unclip the tracker from the band, you can plug it directly into a USB port to charge it (one of our favourite features of the Nike FuelBand), and it means there’s no charging cable to lose. Battery life is good at roughly a week between charges.

There’s only one button, and it’s surprisingly hard to push as it’s almost flush. Pressing it repeatedly cycles through the clock, calories burned (aerobic), distance covered and steps taken. There’s no altimeter for height climbed, and no built-in vibrating motor for alarms. Nor does it track sleep.

As you’d expect at this price, there’s no heart-rate monitor. There is, of course, built-in Bluetooth for synching to your iPhone or (selected) Android device. It will need Bluetooth ‘Smart’ (4.0 Low Energy) which means anything before the iPhone 4S or iPad 3 is out. You can’t transfer data via USB to a PC or Mac, so if you don’t have a compatible smartphone or tablet, the Activity Tracker isn’t going to be much use to you. 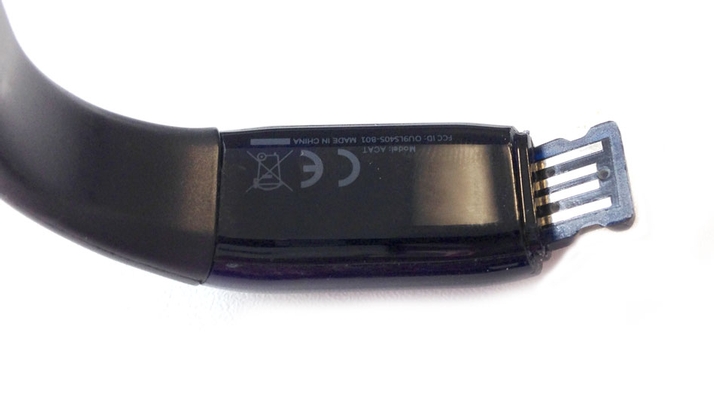 Similar to Polar’s Loop tracker, the first thing you have to do is cut the band to size. Two are supplied in the box: a black one and a purple one. They’re marked for circumference, so you measure your wrist and then cut to the appropriate line. However, the markings must be wrong, since the band was far too big after cutting to the measured number and we had to cut an extra 20mm off for a proper fit. 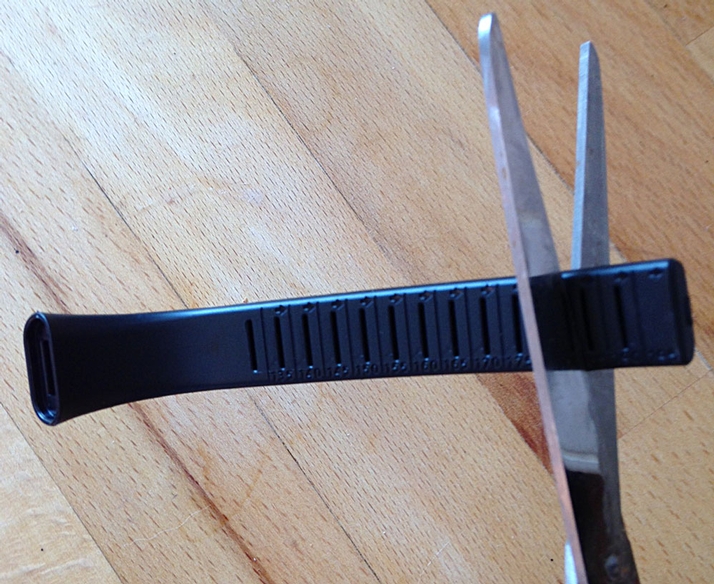 Once you’ve installed the free Archos Connected Self app, you create an account and then your profile, including your height, weight and age. All standard stuff for an activity tracker. Rather than a daily step goal, you have to rotate a dial to set a weekly goal. 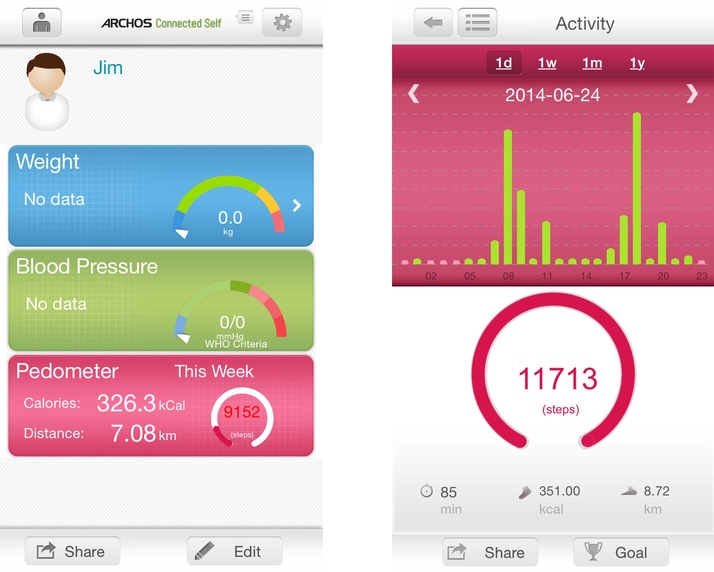 Pairing the Tracker with the App was slightly hit and miss, but once it’s paired, data is synched every five minutes. However, we had problems with the connection and had to re-pair the tracker with our iPhone.

The app itself is ugly and looks unfinished. As well as collecting data from the Activity Tracker, it also works with Archos’ blood pressure monitor and Wi-Fi scales.

The home screen is therefore split into three sections: Weight, Blood Pressure and Pedometer. Keeping with the weekly goal, you get a summary of calories burned, distance covered and -importantly – steps, so you can see how well you’re doing.

Tapping on the Pedometer section takes you to a daily activity view, but you can switch to weekly, monthly or yearly. The daily view shows hourly bar graphs of steps, while a Nike-style horseshoe shows how many steps you’ve taken and how close you are (visually) to your goal.

One extra piece of information is ‘exercise time’ which shows how much you were active during the day, week, month or year.

Tapping the list icon gives you a slightly odd view of the data. For each day, you get a cumulative tally of your steps, calories, exercise time and distance at various times during the day. For each, you can add a comment, such as ‘5km run’ – it’s Archos’ way of attempting to auto-detect and allow you to tag different activities. 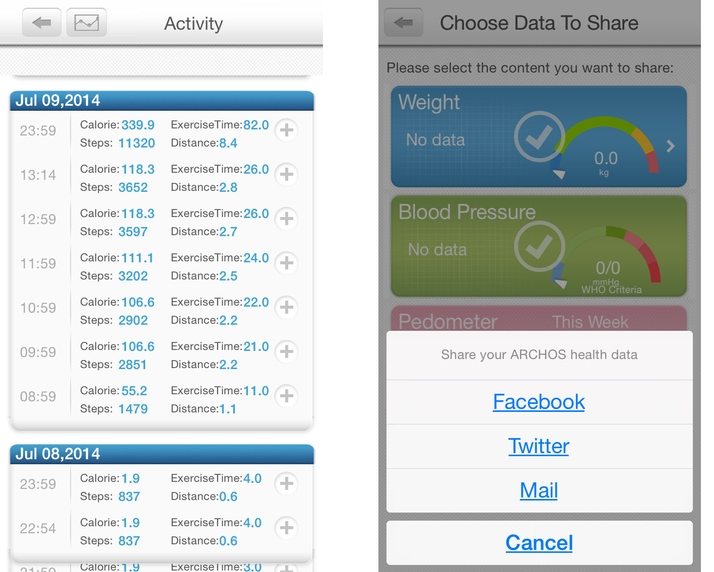 The main problem is that data is only logged and nothing more is done with it. There’s no alert (as Fitbit and other trackers offer) to tell you how far you are from your goal, and no reward for achieving it. In these days of gamification, which Nike and Jawbone in particular do well, this is a missed opportunity.

In fact, it’s more than that, since activity trackers aren’t meant to be merely ‘smart’ pedometers. They should motivate you to do more, as well as making you feel a bit guilty when you don’t hit your goal.

Plus, there’s no way to compete with others. All you can do is share your accomplishments with friends by posting the figures to Facebook or Twitter, or by emailing them. It’s a half-baked approach that doesn’t work.

It may cost only £50, but that doesn’t make the Activity Tracker good value. It’s a glorified pedometer and lacks features you’ll find in other trackers such as the Fitbit One, Jawbone Up24 and Nike FuelBand SE. Its only saving grace is the handy clock.

Even if you don’t care about tracking sleep or stairs climbed, the Connected Self app is mediocre and offers no way to compete with others. The fact that it doesn’t motivate you to hit your goal in any way is also disappointing.

With some development, it could be made a lot better. As it stands, we’d recommend you either spend more on one of the devices we just mentioned, or save your cash and opt for the Fitbit Zip which is much better for motivation and competing with friends.

See also: Best activity trackers you can buy in 2014