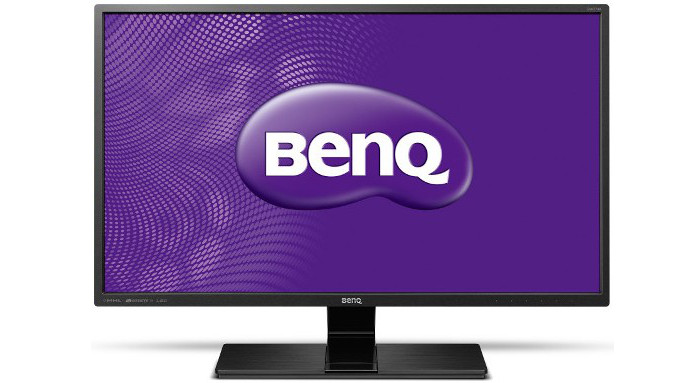 While the BenQ EW2740L isn’t priced or pitched as a top-end monitor, for the budget price its performance is remarkably good. If your requirements are more stringent the figures represent something of a mixed bag. Photographers will be drawn by the good gamut and the colour accuracy and, while the contrast ratio could be better, this should fit the bill for less demanding users. Meanwhile, the response time is rather poor for serious gamers. If you’re just looking for a 27in monitor for general-purpose use, you could do a lot worse.

While you can certainly buy cheaper, in the world of the larger 27in monitors the BenQ EW2740L could be considered a budget model – at around £200 it looks a bargain compared to competing products costing twice as much. We put it through its paces to see if its attractive pricing has resulted in mediocre performance or whether it truly does represent excellent value for money. See also: What’s the best display?

It’s not usually easy to get excited about a monitor’s styling. The BenQ EW2740L isn’t an exception so suffice to say that the slim surround and semi-matt finish to the screen give it a perfectly acceptable appearance.

In common with most budget monitors, the stand allows only tilt to be adjusted, and the absence of any height adjustment will be pertinent to any user concerned about ergonomics. Another cost-cutting measure is the lack of internal power supply, with the result that you’ll have another power brick cluttering the floor under your desk.

The on-screen display (OSD), through which you adjust the monitor’s settings, is accessed by a touch-sensitive area on the bezel. We found the menus intuitive and, in addition to all the usual settings, they give you access to several preset modes including four reduced blue-light settings which, BenQ claims, are good for reducing eyestrain, especially in the evening. We tested the BenQ EW2740L using the default settings.

In a change from the usual horizontal configuration, the various connectors are found in a central vertical panel on the back of the monitor. Included here is an analogue VGA connector, two HDMI ports, one of which doubles as an MHL port for Google smartphones, a line-in audio socket and a headphone socket.

The stereo speakers are quite small and while the audio quality isn’t as good as a pair of separate speakers, with bass response being limited, they’re fine for general-purpose use.

The EW2740L uses vertical alignment (VA) LCD technology, in contrast to the more popular TN and IPS found in most PC monitors. VA is generally accepted as offering a higher contrast ratio, greater viewing angle and improved colour accuracy, but at the expense of a slower response time.

Subjectively, the EW2740L gave a good image when driven either from a Windows PC via HDMI or an Android smartphone via its MHL port. Not all Androids support MHL, though, and some Samsung models require an adaptor. The quoted 16 ms response time is acceptable for office type work, web browsing and photography but is, perhaps, marginal for gaming.

We tested various aspects of the monitor’s performance with a Spyder4 Elite colourimeter. At 280:1 over a range of brightness settings, the measured real-world contrast ratio, while comparable to lower cost monitors, is disappointing for a VA display.

The maximum brightness was a perfectly acceptable 256 cd/m2 at the 100 percent setting although consistency of illumination across the screen was middle of the road. The measured luminance differed between 3% and 17% compared to the centre of the screen, the dimmest area being the bottom-left corner.

The colour gamut was better than most budget monitors, being 77 percent of Adobe RGB and 100 percent of sRGB. Perhaps the most impressive aspect, though, was the good 0.84 average reading for Delta-E (lower is better) after calibration, a measure of colour accuracy. See also: What’s the best display?