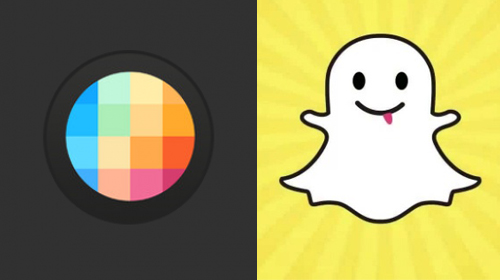 Overall, we currently prefer Snapchat to Facebook’s new Slingshot ephemeral messaging app. Snapchat is less frustrating than Slingshot, and right now there are more people using Snapchat than Slingshot. However, we can imagine Slingshot taking off and becoming more popular as more features are added, particularly due to the group-messaging feature. We appreciate that Facebook has attempted to add its own spin on the disappearing messaging craze, but it’s not going to go down well with everyone, that’s for sure.

Facebook has launched a new messaging app for iOS and Android that aims to take on Snapchat, after the social networking giant’s failed attempt at buying the company last year. Also see:  13 best Facebook tips and tricks.

At first glance, the two apps seem very similar, but there is one big difference. With Snapchat, one user can send as many photos and videos as they like to their friends, and that friend doesn’t need to send anything back if they don’t want to. With Slingshot, Facebook forces you to send (or ‘Sling’) a photo or video to your friend before you can see what they have sent you.

We found that, while it seems like a fun and unique idea at first, it simply results in a frustrating and never-ending conversation, with users just taking photos of anything they can find for the sake of unlocking and viewing your photograph.

You can, however, send ‘Reactions’ to photographs using a text feature, and the recipient can read those reactions without requiring a response beforehand. See also: How to deactivate or delete your Facebook account

We much prefer the more relaxed Snapchat system, though. There’s no pressure to return a photograph or video if you don’t want to on Snapchat, and therefore you’re more likely to get better and more worthwhile photos and messages from the conversation.

Another difference between Snapchat and Slingshot is the amount of time you get to look at the photo. They’ll both disappear eventually, but with Snapchat you get a set amount of seconds before it disappears. Slingshot gives you as long as you want but it’ll disappear once you’ve swiped to respond.

In both apps, users can add text, drawings and annotations to their messages, but Slingshot does have a one up on Snapchat, offering a Select All button that means you can send your photo to all of your friends at once, or to a particular group of friends.

Snapchat’s reason for not including such feature is relevant, though. It says that it wants to avoid lessening the importance of the push notifications you get from the app, because if you’re part of group messages, you’re likely to get a significantly increased number of messages.

This is one area that personal preference is going to come into play when deciding which app to use. If you prefer to keep messages personal, and aren’t a fan of getting lots of notifications from groups (something you may already experience with Facebook Messenger), you’ll want to stick with Snapchat. But for those of you with a group of friends that would love sending silly photos to each other and wouldn’t be put off by those notifications, we imagine Facebook’s Slingshot could be great fun.

Right now, Slingshot is missing some features that Snapchat offers (it adds new features on a regular basis), but we expect Facebook will bring new features to its app in the future should it prove to be a success.

One of the features Snapchat offers is Snapchat Stories, which lets you take ‘Snaps’ and add them to your ‘Story’, where they’ll stay for 24 hours. All of your friends can watch your Story, which is likely to change day by day if you continue to use it.

There’s also the problem of privacy. Snapchat is notorious for sharing nude and pornographic photographs, so there is no doubt that Slingshot is going to experience the same fate.

As users can add any other user simply by knowing their username, there is always the worry that your username will be leaked onto the public domain and you’ll start receiving images you really don’t want to see. Slingshot allows you to hide people by swiping left on their name, so you don’t have to see Slings that you don’t want to see, and you can also report people if they start sending you inappropriate images.

With Snapchat, you can choose whether you want to accept Snaps from anyone that knows your username, or only users you’ve added to your friends list (we’d recommend the latter). You’ll be able to delete or block users, to.