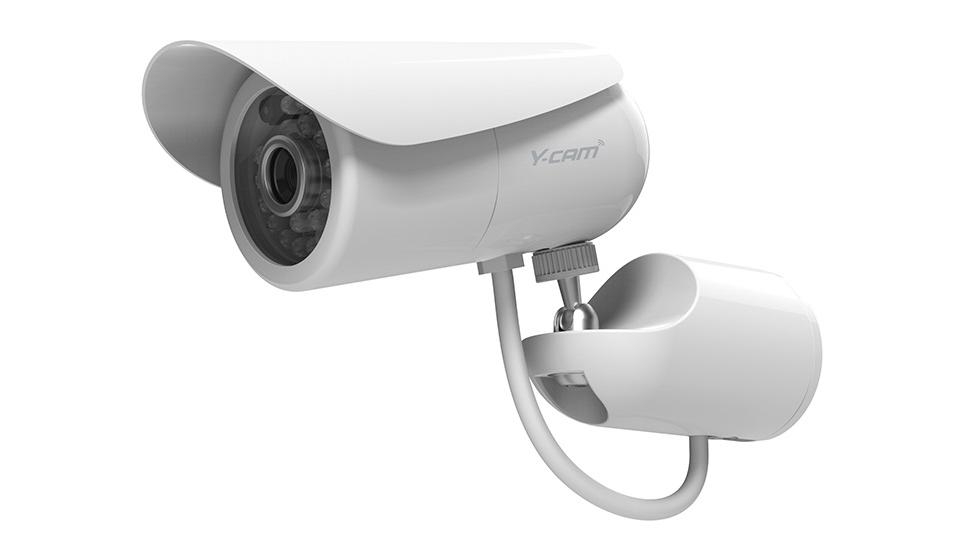 As a package, the HomeMonitor is one of the best we’ve seen to date. Image quality could be better (the range needs a 1080p camera), but it’s the ease of setup and clearly laid out apps and website which makes it so good. Unfortunately, Y-Cam no longer offers permanent free cloud storage: it ceases after 12 months. When that’s up, you’ll have to pay the £2.99 subscription fee per camera, but that is still cheaper than the competition.

Home security cameras are better and easier to use than ever. Y-Cam’s HomeMonitor system lets you keep an eye on your kids, pets or your property via an app on your smartphone, just like the Nest Cam. There’s now the Protect alarm system in the range, and a smaller indoor camera, the Evo, which can be set up from your phone via Bluetooth.

Important update: Y-Cam has just changed its policy on free cloud storage. Previously it offered seven-day rolling storage for free, which made it the most generous of any smart security camera. Now, it says it cannot afford to do this for longer than one year. After that the storage costs £2.99 per month per camera, or £4.99 per month if you opt for the Plus Premium service (this is a 50 percent discount off the usual price and the deal lasts for one year).

What does this change mean? It means that after the first year of ownership you will have to pay the subscription fee, just as you do with Nest cameras. Without a subscription the camera will work, but only for motion alerts and live monitoring. There is no way to record to local storage such as an SD card or NAS drive. The subscription cost is still lower than Nest’s but Nest’s cameras (and app) are arguably better than Y-Cam’s.

Also, note that Y-Cam cameras don’t record continuously like the  Nest Cam: they only records and saves clips when motion is detected.

Below is our original review, updated in March 2017 when Y-Cam launched a third-generation Outdoor HD Pro. It’s still a 720p camera, but it has a new lens with a 100-degree field of view that lets you see a lot more than before. It’s also £20 cheaper than when we reviewed the original model back in 2015, costing £179.99.

Y-Cam has made a few tweaks to improve image quality – you can see the difference in the screengrabs below. We’re also told that a firmware update for all Outdoor HD cameras is on the way. This will include a much more sophisticated detection algorithm – hopefully much like the Netatmo Presence – that’s said to vastly reduce the number of false alerts you tend to get at night when changing lighting sets off the motion detector. Perhaps not in that update, but coming in the near future is the ability to more precisely select motion zones, as you can with other cameras. The current rectangular areas aren’t suitable in some scenarios, and we’re hoping for a Nest-style system.

What hasn’t changed with the new model is the setup process which forces you to connect the camera using a network cable to your router. And you’ll have to do the same if you ever upgrade the router or change the Wi-Fi SSID.

The HomeMonitor range includes both a weatherproof outdoor camera and two indoor cameras.

The latter is what we’re reviewing here and you can buy the Outdoor HD Pro for £179.99 from Y-Cam.

Both models have night vision, so they can capture video round the clock. Since they use infrared LEDs at night, footage is black and white rather than colour.

Both models have a resolution of 1280×720 – that’s three times more pixels than older VGA IP cameras, which have a paltry 640×480 resolution. (There is an Indoor VGA model in the HomeMonitor range for £99, but you should avoid it as image quality is poor.)  There’s really not much benefit to getting a 1920×1080 camera as video tends to be compressed when uploaded over your broadband connection for remote viewing or recording to cloud storage. So far, we haven’t noticed a difference between the quality of 1080p and 720p cameras which store video in the cloud.

But if you must have it, look to the  Nest Cam which forces you to take out a monthly subscription for motion alerts and continuous recording.

The Outdoor HD Pro has a large detachable antenna which you have to use for Wi-Fi operation.

As well as letting you watch the live feed, video clips are recorded when movement is detected in up to two zones you define. Both the live feed and recorded videos come from the cloud rather than directly from the camera. This is because the video is routed via Y-Cam’s servers before you see it.

There are pros and cons to this method. The first drawback is that the live feed isn’t actually live. It’sa few seconds delayed in our experience. That’s not usually a problem, though, even if something was happening that required you to take action, since you’ll get a motion alert on your smartphone almost the instant motion is first detected, and you can tap on the camera to see the video feed – the recorded clip isn’t available for up to half a minute.

The second con – if it is a con –  is that there’s no alternative choice of storage. You can’t put a memory card inside the camera as you can with the D-Link DCS-2530L, nor can you set a NAS drive as the destination for recordings.

However, for most people this is an advantage as it means the Y-Cam is completely hassle-free. It saves the last seven days’ worth of motion recordings for free in the cloud (where they’re a lot safer from deletion or theft) and means you don’t have to provide your own SD card or leave a PC or NAS drive running 24/7.

Unfortunately, the recorded quality is lower than the maximum the camera is capable of, as it’s compressed to avoid hogging your broadband connection. You can download recordings and keep them (now via the app as well as the website), but you need to do this before they’re more than seven days old.

Or you can upgrade to the Y-Cam Plus service which costs £8.99 per month and keeps recordings for 30 days.

Another point to note is that unlike Nest’s continuous recording which uploads to the cloud 24/7 (for a fairly substantial monthly subscription cost) the Outdoor HD Pro saves video clips only when motion is detected. If it makes a mistake and misses the motion, or cuts off the recording too early you may not get to see what you needed to.

In practice, though, this rarely happens, and it’s a good compromise and also makes it quicker to view the event rather than wading through hours of video.

Unlike the latest cameras (such as Y-Cam’s Evo which can be set up wirelessly using a phone or tablet) the Outdoor HD Pro has to be first connected to your router with the included network cable. 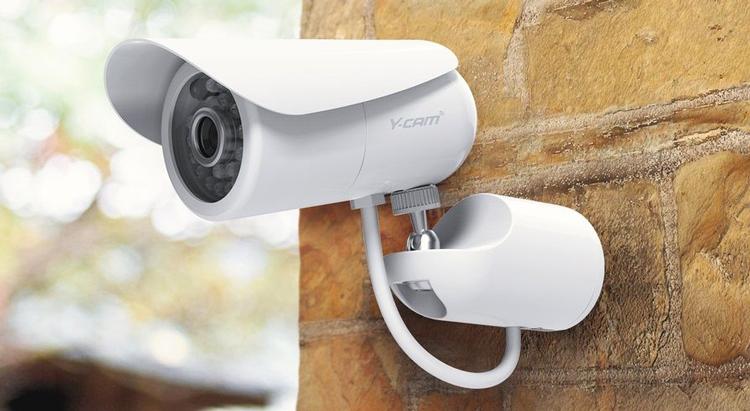 Originally, you had to use a web browser on a laptop or PC, but you can now use the updated app to create a free account, type in the camera’s unique ID and set your time zone. Then you’ll then see the video feed there on the page.

Assuming you want the camera to connect via Wi-Fi, you select your wireless network, enter the password and once successfully saved you can unplug and relocate the Outdoor HD Pro outside.

Everything is supplied in the box, including a wall-mounting bracket through which the wires run. This does mean drilling a hole in your wall, but unless you already have a handily placed outdoor socket, you’ll have to do this anyway. The HD Pro supports PoE (power over Ethernet) which is unlikely to be useful unless you’re installing the camera at your business premises since most UK homes aren’t wired up for PoE. 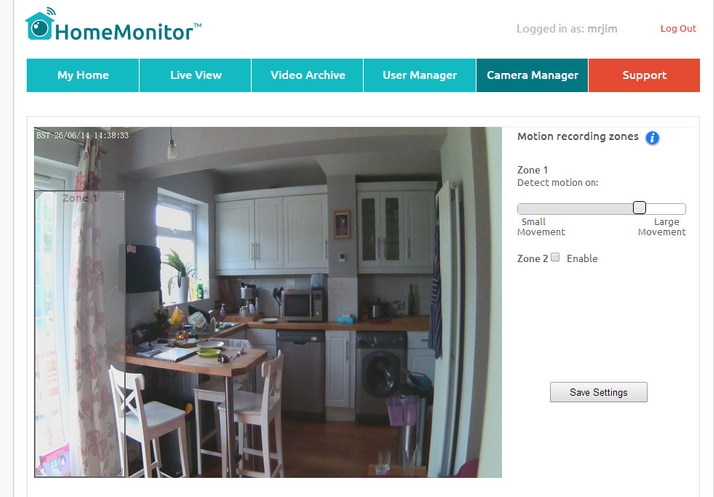 The final step is to choose the camera’s settings, such as defining one or two motion detection zones and a schedule for motion detection. For outdoor use, it makes sense to leave it on permanently, but for indoor monitoring, you might want to enable recording only when you’re not at home.

You can do pretty much everything through the app that you can on the website. And there are a few extras, too. One is geo-fencing which can be enabled or disabled for each camera. With it enabled, your camera will start watching out for motion when you leave and turn off recording when you return. You have to enable the feature on your phone when you’re at home or in the physical location where the camera is installed as it uses your phone’s GPS.

Another handy feature is on-demand recording which provides a record button on the live feed view so you can capture what’s going on right then. You can also grab a still image, and this is also saved to your phone’s camera roll.

You can log in to your account on the HomeMonitor website to watch the live streams and play recorded clips, but you’re more likely to use the app on an iPhone or on Android. There’s also an app for the Humax FVP-4000T set-top box because Humax sells a re-branded Y-Cam Evo as the Humax Eye. 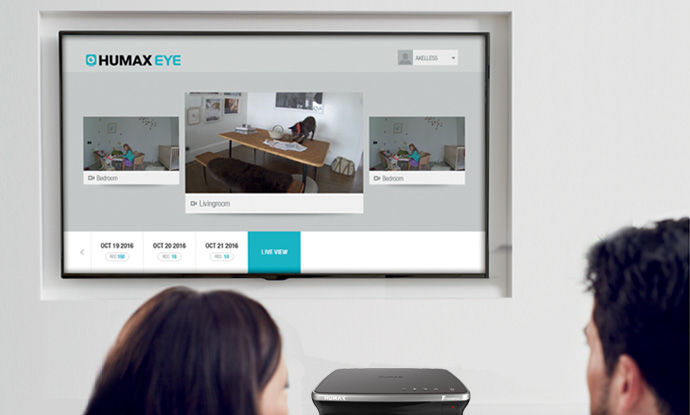 The website and apps have a different look and feel, but they’re easy to use.

Taking the iPhone app as an example, the main screen shows the list of cameras with a power button beneath each. Tapping on the video thumbnail starts the live stream (there’s reasonably good quality audio on the camera too).

Below the live feed are the most recent 10 recordings, but you can head to the Activity section to see all the clips from the last week. You can filter by camera if you have more than one, and each recording clearly shows the time, camera name and duration of the clip.

It’s in the Activity section where you can tap the three dots to the right of a clip to mark it as a ‘favourite’ and download it.

Image quality is good overall. The wide angle of view means you can see plenty in the frame, and the frame rate is good enough. The new 3rd-gen model addresses the slight lack some detail in previous versions, and the image is noticeably sharper. 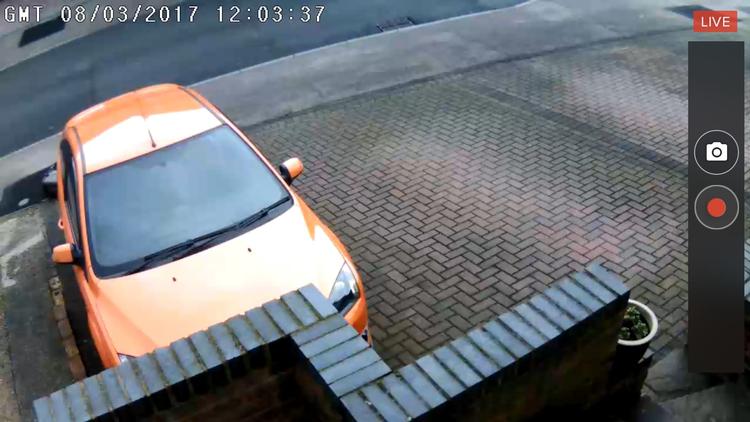 And here’s the much wider, sharper view from the new 3rd-gen camera: 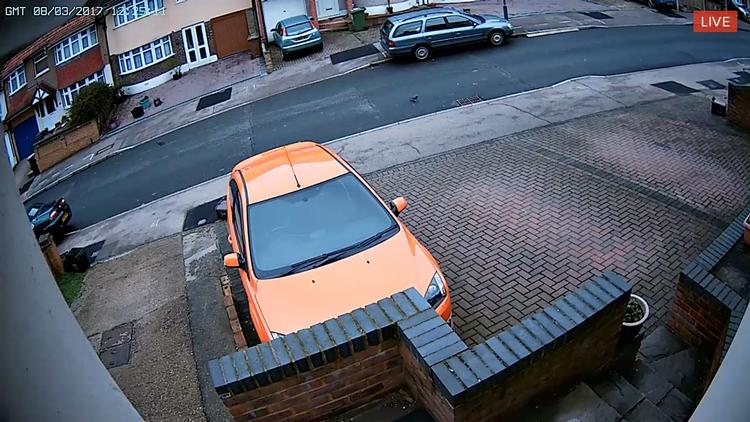 Colours are accurate during the day, and there’s enough detail to easily recognise faces, but not always car registration plates.It all depends on how close to the camera they are, of course.

At night, there’s less detail to be had (as with all similar cameras with infrared), and it’s harder to recognise faces because of the infrared lighting. Number plates tend to reflect the light, too, meaning they’re not readable, but these are both issues faced by all cameras which use infrared for night vision.

There’s no difference in video quality whether you’re watching over Wi-Fi or out and about with a 3G or 4G connection. Just be careful you don’t burn through your monthly data allowance by watching too much video on a mobile connection.